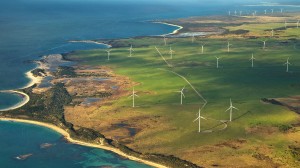 Recently a colleague expressed doubts about how he viewed a new wind farm that appeared in a landscape that he and his son loved to escaped into when time allowed. While he is totally committed to alternative energy, the issue he was working through was that the wind farm challenged his aesthetics, or to be more accurate he was still having trouble accepting them in this landscape that had been part of his memory since childhood. 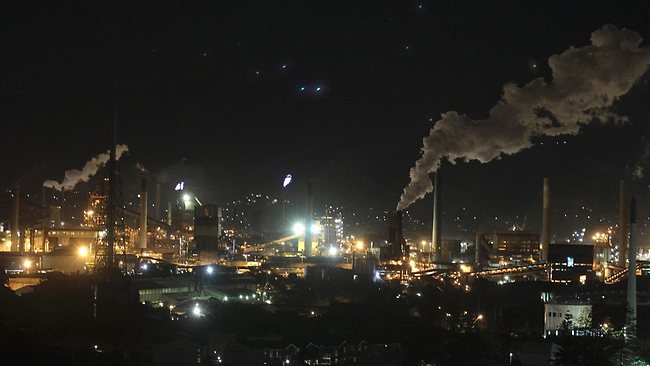 I wrote back saying that I agreed that there was no easy answer.  I was brought up very close to the Port Kembla steelworks which meant that there were loads of smoke stacks, noise and lots of extras being thrown into the atmosphere. We used to wash cars regularly back then, otherwise they were soon covered in black ash. Washing was never left too long on the clothes line  or else it changed colour and required another wash. The landscape was very much dominated by the stacks and the smoke and the noise. At eleven each night, the sky would go red when they opened all the blast furnaces.

I have always kept that in mind when assessing the option of wind power and solar and the comparative impact. All those loonies who say the wind towers cause damage have not lived close to the coal power sources from which they now derive their power. I do not wish that on anyone ever again. Which does not do much for people such as my colleague who visit a cherished corner of the planet that has now changed with the arrival of the wind farm.

I made sure when visiting certain places in the US that I saw the wind power forests – eg there is a huge one in a valley the joins Palm Springs. They have their own sort of beauty. 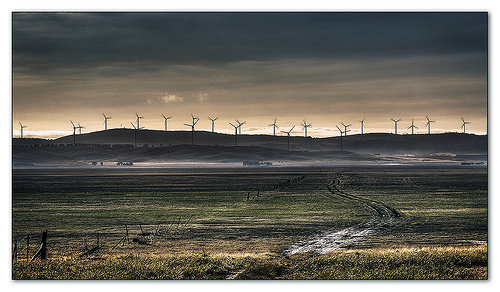 The ones along Lake George, near Canberra, are growing in number and look wonderful, to me at least , especially when I consider that they may do something to do away with the former and present atrocities, all those coal power stations.  I like to have my power sources to do the many things I like to do, such as send my email response to my colleague.

So you may gather I recognise that this difficult issue has to be dealt with if we are ever to go coal free , or at least in our life time to work towards that target. The sad part is that there are people such as my friend who can make sensible recommendations,  but there are still vocal not so nice people making important decisions who more often than not just ignore good advice and the obvious need to act on increasing renewable energies.

More recently I came across an online video that puts the case by a family in the Scottish Highlands about their opposition to wind farms in their neighbourhood  – click here.  I do not accept their particular arguments but I do understand the issue.

I have also read a very thoughtful article, titled Whispering Giants. In the article in AEON, Sara Maitland, a lover of her wilderness landscapes,  acknowledges that wind farms are good for the world but hard on the heart. 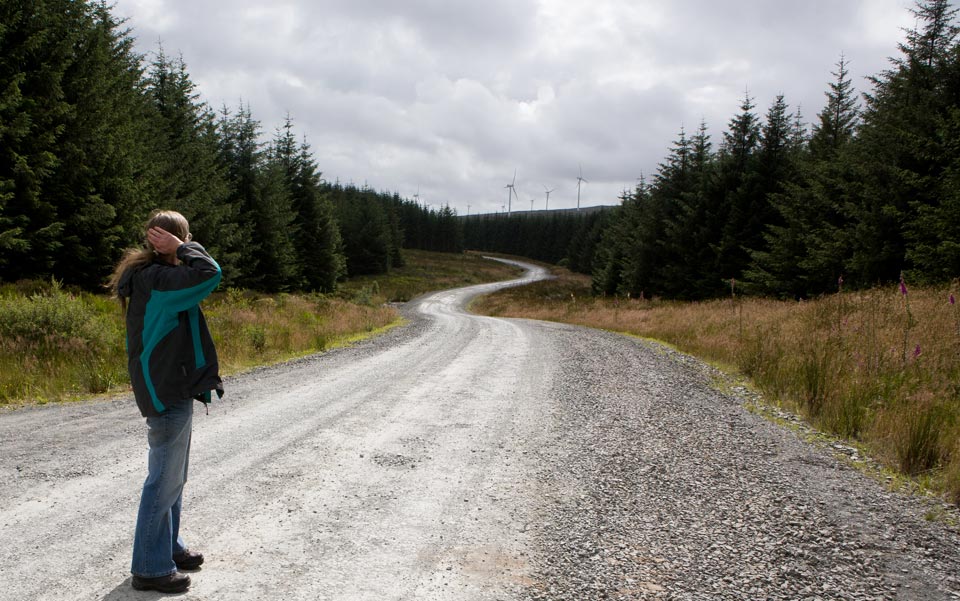 Sara recognises and talks about how she is dealing with this by confronting her concepts of good aesthetics. A very highly recommended read. – click here

This is indeed a complex issue. While I must simply say we should ignore the nutt jobs who go on about all sorts of strange things that wind farms effect everything and everyone , it is a healthy thing that thinking people are capable of expressing these aesthetic issues and in doing so will be assisting others to deal with them. Climate change is something we are all responsible for, the solutions are ours to identify and implement and that will also mean some of us will need to consider some not so favourable options.