While sustainable settlements debates more often than not focus on such key issues as climate change, carbon, energy, green infrastructure, weather etc, emphasis must also remain on the rights of children to have access to play.

It is overdue that planning and development legislation to be inclusive of the ‘need to create time and space for children to engage in spontaneous play, recreation and creativity, and to promote societal attitudes that support and encourage such activity’ (1989 UN Convention on the Rights of the Child article 31).

The problem has been that play has been a separated issue for planning. At worst it is a token of optional matter to be addressed. The contemporary view is that whether the planning is for a street, a park, a suburb or any form of redevelopment of urban areas, play and the rights for children to have access to safe and engaging recreation must be as important as the rest of the requirements. This is rarely the case.

This has been brought home to me recently in observations of many developments locally. Locally the community has been blessed by the creation of a series of wetlands. These have come about by the Commonwealth allocation to re-engineer the drainage of water to build in several wetlands to act as storage for water for local irrigation of parkland. There has been some attempts as landscape design around these wetlands. Some a little;e more successful than the others. However, the communities around the wet lands have embraced these new assets as enhancements to their local recreation. They are populated by walkers, people with dogs and the occasional family enjoying a picnic.

What is an outstanding omission is any form of realistic encouragement that these local facilities could have had included particular elements that would have encouraged more play and recreation by children.

Unfortunately, just over the rise from the Dickson wetlands, is a sad set of children’s play equipment. Given its old fashion style, it is rarely used. These images were taken just after a week of extreme heat, hence the dry nature of the grassed areas. The first image is of the play equipment; the second, turning on the spot above, indicated the distance back to the wetland, and the third is of the wetland. 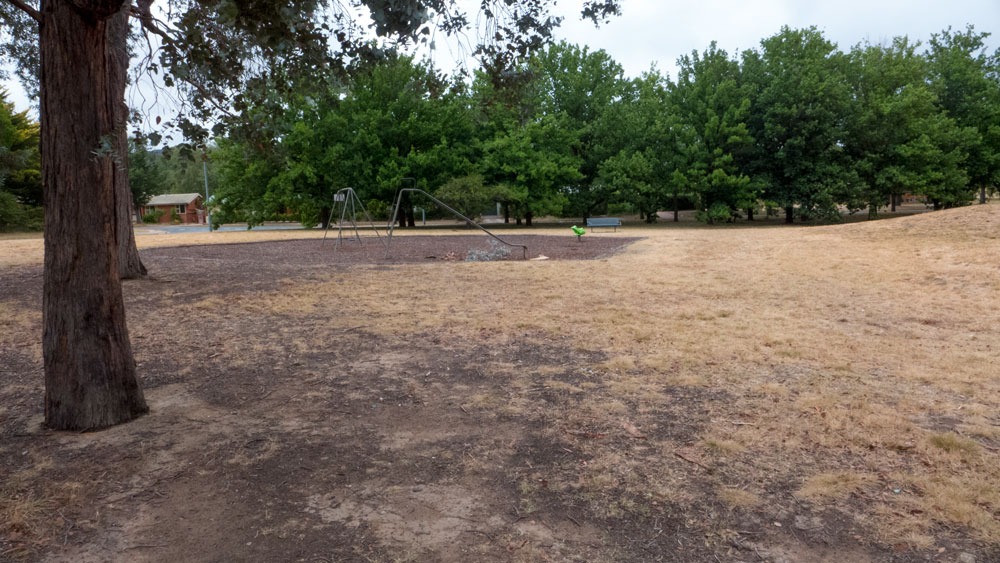 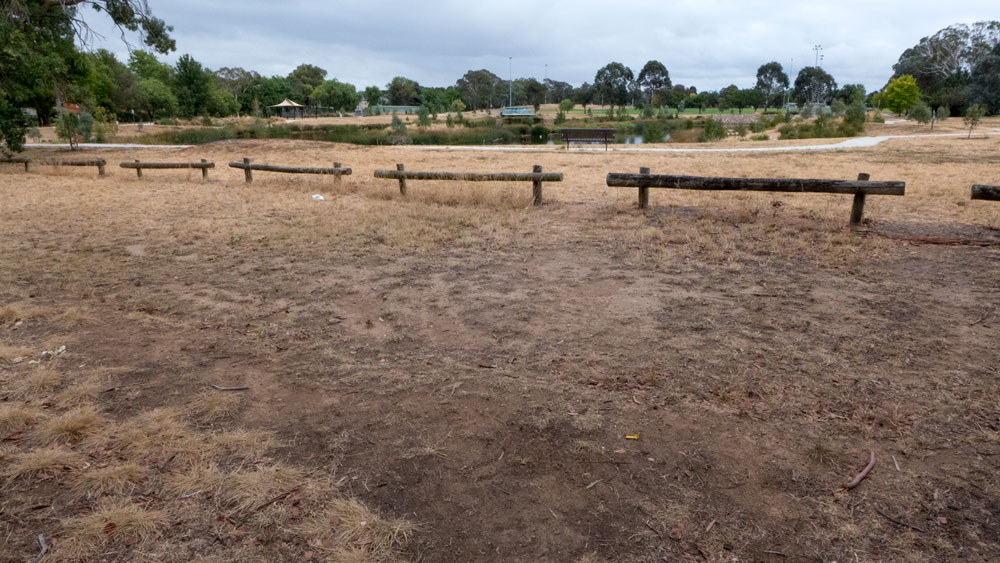 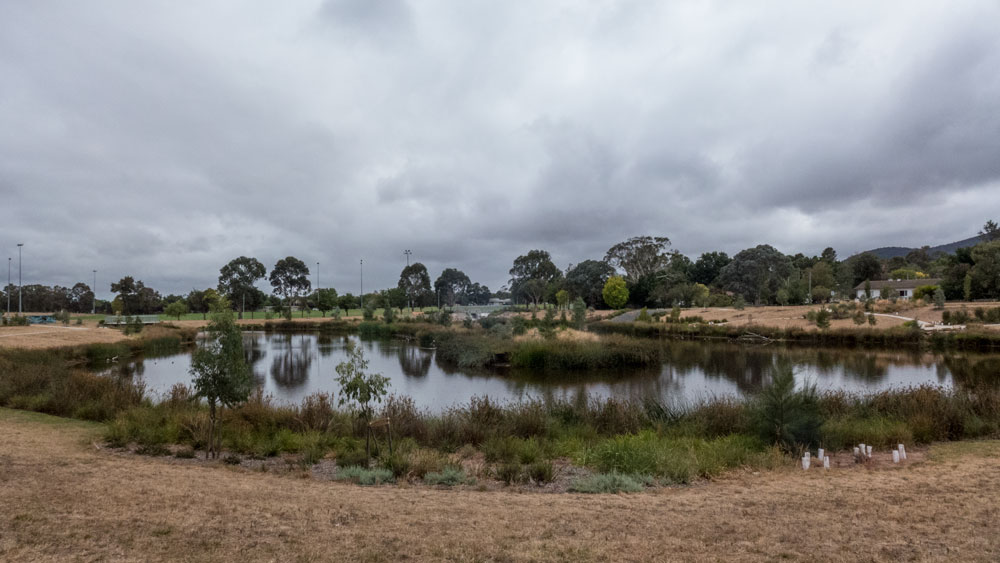 Hopefully in years to come as finances allow, the provision of play incentives will be improved.

The next observation is of the construction of the National Arboretum here in Canberra. It is reviewed here.

Next to the main visitor centre there has been installed special play equipment. To quote: Pod Playground is a unique and entertaining playground featuring banksia cubby houses; acorn-shaped pods at various heights, connected by rope tunnels and tube slides; discovery trails and climbing nets.

This is all part of the encouragement for visitors to spend time around the main visitor centre building (and spend money). With the vastness of the site, it is hard to detect whether the designers and the client, the ACT Government, have been mindful at all of allowing for the recreation and play by children throughout the whole site. What a wonderful opportunity to have various tracks and other equipment in scattered location along with places for parents to gather and to be close by. Maybe this will come with time.

I have many more examples where ‘play’ has not been a priority, if considered at all. In all suburbs it is taken for granted that children will find ways and new areas in which to play. This may not be as extensive as it used to be in the ‘good old days’. I have compared notes with several of my generation and we can remember that we spent most of our childhood outside and roaming the neighbourhood, usually anything up to a kilometre or more away from the home. we were safe. But this does not happen so easily now.

Recent research has identified that due to all sorts of changes in society, that the range of roaming from the home by children has radically diminished. In turn this shrinkage has placed even more emphasis on the need to be far more inclusive in planning legislation for the needs for children and their play.

An article was listed in the UK Landscape’s Journal on this very topic: click here.

This is another of the changes. Community attitudes, understandably, have hardened about anyone, especially lone men, getting close to children in play areas and even worse if they are taking photographs. Such is the new life of the outdoor photographer.