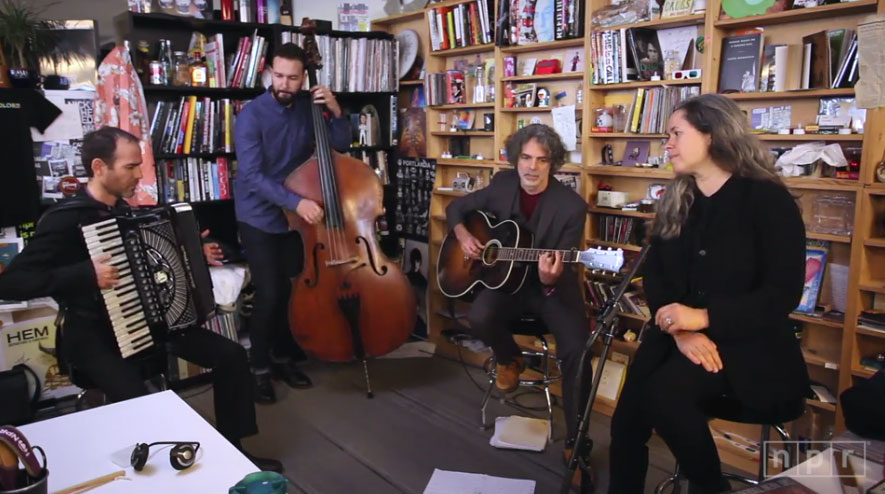 In the summer of 2014, Natalie Merchant came to Washington, D.C., to perform her first album of all-new material in 13 years. She was supposed to play here at my desk the day after that evening’s performance. Instead, she fell ill, wound up in a D.C. hospital, and canceled her upcoming dates.

Now, Merchant has rerecorded her first solo album Tigerlily, complete with strings and different instrumentation. That album is called Paradise Is There: The New Tigerlily Recordings, and she recently came back to town to make a documentary film about that record. And so it was with abundant joy that Natalie Merchant finally made it to the NPR Music offices. This was truly one of the most warmhearted Tiny Desk performances I’ve ever seen. She sang two songs from that self-titled 2014 release and something from Tigerlily, and then Merchant had the NPR audience join her for a beautiful hymn — so have a tissue handy.

and here’s the online video  – it is great!

There are a few other posts on Natalie here on this site – click here.