The photograph below was taken outside Canberra’s Museum and Gallery. The tree was being erected in Canberra’s Civic Square for some coming special event. It was when I took the photograph that my mind flipped back to an event in 2007 in San Francisco. 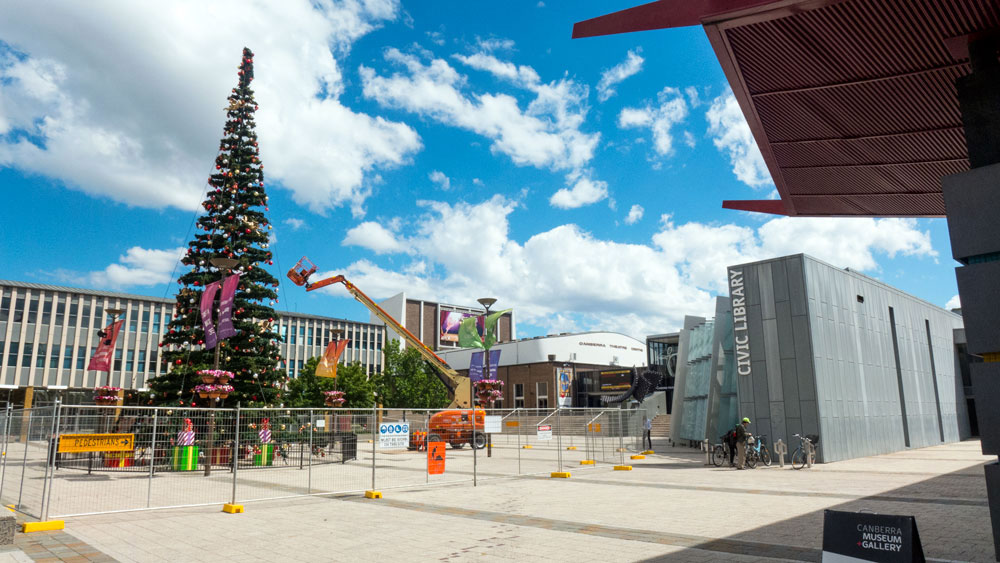 We had wandered down to Union Square to see how it had aged given it had won several awards when it was re-developed around the year 2000. (I will write a full review another time).

It is always useful to visit these award-winning sites during their maximum usage. This was just about lunch time on a work day. To my surprise it looked as though we had walked into some sort of civic event. A small crowd was gathering and there was a collective of suits and uniforms standing around on the stage (to the right). 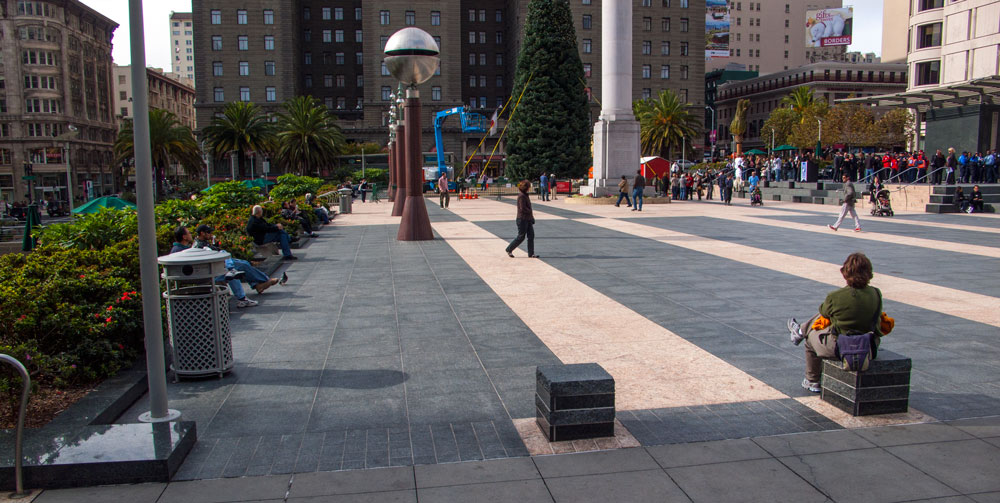 Not long after, the speeches started. It all looked intriguing given the uniforms from the various agencies up on the stage. And I think that was the mayor. Must be important. 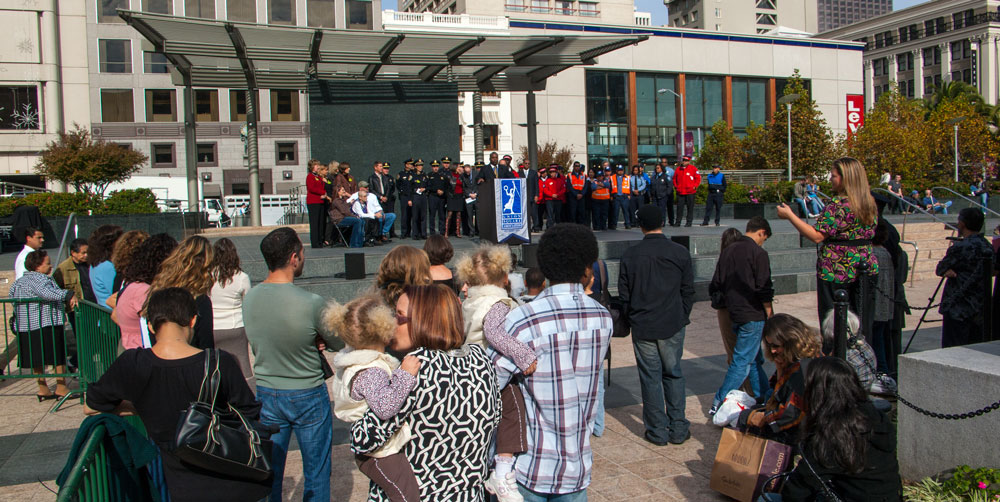 We were about to witness an important announcement in the shadow of the large Christmas tree to our left.

Now what happened next was very American. I doubt we will see this in Australia.

The Mayor announced the beginning of an important time in the annual calendar for the people of greater San Francisco.

Yes, he was announcing the first official day of Christmas shopping for the city. He was announcing the special arrangements for traffic and for parking and was thanking the Chamber of Commerce and in particular the large Macy’ department store, which was across the street behind us.

The participants on the stage were about the same in number as the gathered spectators, most of whom were friends and colleagues (rent-a-crowd) plus the curious being a few shoppers and tourists. The whole thing was being televised so I would imagine that the event was a form of advertising for the city to encourage shopping. It was probably a major local news item.

This connection between the business world (the department stores and other shops) and the state is part of the everyday life in the USA. We in Australia know that this is a reality here but we are yet to go as far as to celebrate this nexus with major public announcements in the main civic squares.

But then again, maybe the residents of my precinct of Dickson have been a little naive about this link. The planning authority (ACTPLA) and the government’s development agency have in recent years run consultations (they say extensive consultations) to prove the case for a second large supermarket here in Dickson. Needless to say it is hard to find many residents who are enthusiastic about having another major supermarket dominating the ambience of our very lively shopping centre here in Dickson.

We are very aware of how the consultations were stacked and how the questions were framed to encourage a certain response.  Such is life when dealing with a planning authority not centred on the future of our suburbs and the present and future residents but on the short-term commercial priorities of others. (who could they be?)

But it is Christmas!

and we should look forward to great things from our resident-focused planning authority in the new year – shouldn’t we?

It was fun to watch this event in 2007 in San Francisco. It was a reminder that Australia and the great state of California have many things in common, but we still have some very distinctive differences.