Fiction Gallery: Patrick Henderson: On being not here

Do you now a Patrick Henderson? 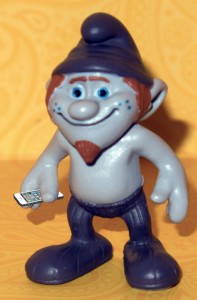 Patrick Henderson attends meetings called to carry out the business of the gallery for which he is a company director.

When Patrick sits at the table he remains very alert to the presence of his mobile and aware that there may be emails, text messages and tweets that require his attention.

Patrick’s commitment to these distractions is such that he cannot ignore them. Because of his lack of control of the technology, poor Patrick has become one of the many who are physically present somewhere but are rarely mentally completely there.

When he attends the gallery meetings he believes that he is multitasking. Unfortunately Patrick is wrong. He is in fact switch-tasking. Any business meeting requires participants to be very skilled in multitasking as there are usually many levels of the conversations, intense inter-personal communications, loads of documents to be consumed and commented on and the ultimately decisions to be finalised. This is multitasking.  In this instance the multitasking is about dealing with a single, but complex, task of getting through the numerous layers of all the business of this one meeting.

Switch-tasking, as Patrick does continuously during the day, means he is dropping out of the meeting and other tasks to deal with other matters. Most of these would have absolutely nothing to do with the gallery activity he is supposed to be engaged with at any particular time. He is constantly switching tasks.

Patrick has been known to spend time out of the meeting often taking calls. He has also been known to do the curious (and illegal) thing of ringing people to discuss matters from the meeting he was attending in order to seek their guidance, or simply to have them tell him what to do.

Patrick is now so well-connected to others through his tweets and texts, that for most of the time he has become disconnected from the realities of his physical environment. This means his contributions to any meetings are less than optimal. He participates but misses most of the nuances and subtleties. It has become impossible for him to remain sufficiently across all the business of the gallery and its many projects. he is regarded as being a member of the gallery’s board who has difficulty participating and contributing as an effective member of the team.

Patrick suffers the same problem when he is back at his desk. So many staff find that he does not quite connect on the details of so many tasks allocated to him. They are often puzzled by actions and decisions he makes as they had expected either to be more involved or at least to be more a part of the final outcomes.

Patrick misses out on these messages from his co-workers. He has substituted his reality for what others would consider the reality of normal decision-making processes. His defence is that others around him do not communicate and he often accuses others of not being up to the task. He can always find fault with others. He is a very straight and linear person, he reacts to anything he has had not the time to comprehend, and pretends to be interested in the detail whereas he often misses the point of things. His reality is permanently out of sync with many people around him and those with whom he needs to communicate and to do business.

Patrick is not alone. In fact for many businesses the character of Patrick has become normal. Know anyone who cannot sit at their desk without having their Facebook account open on another screen or they have their mobile or iPad close by to stay in touch with other people outside the workplace?

People such a Patrick Henderson walk along the street and responds to and initiates numerous phone messages and Tweets. Patrick goes to conferences and seminars and brags about how he is in communication with others during presentations. He is enthusiastic about having Twitter conversations with others outside the conference . He enjoys his Twitter accounts whereby others can tweet in and comment on his comments about the conference speakers and presentations, even though they are not there.

Poor Patrick misses so much of the subtleties of the conference conversations and presentations. He attends so many of these but somehow does not realise why he often finds the conferences less than satisfying. He has yet to have that deeper engagement with any conference theme and the associated debates.

When Patrick walks the streets, his phone is always on. He receives and responds to tweets and text messages. I suggest that when he walks the streets in fact he is physically present but mentally elsewhere. Any opportunity to appreciate the surrounding landscapes have been diminished by his addiction to his technology which has become a distraction from the every day realities.

Patrick’s life is in constant danger. As he walks the street, he is in danger of death by iPhone. The numbers of accidents involving pedestrians who are totally engaged elsewhere when physically negotiating busy streets is on the increase. In Singapore recently a young mother walked in front of the metro. She was on the phone and did not see the Metro coming as she hurried on her way to work.

Patrick Henderson is a sad case. His levels of intelligent activity must be permanently limited as his ability to think creatively and freely is no longer possible. His thoughts are always linked to the collective voices from elsewhere. As a result, despite his own vision of himself as someone who is active and a creative person, in fact he is as straight as they come.

As a fully functioning director in any meeting, Patrick is now so used to having his thoughts in tune with others, that this habit has now translated to almost ever other activity he is involved with. It is possible to speculate that Patrick was always like this and the technology has entered his life and is simply another means by which he listens to others instead of becoming mature and being capable of independent and intelligence behaviour.

Here’s a toilet story. When Patrick goes to the toilet, his phone is on. Once when he was standing having a piss, his phone rang. Naturally he had to answered it. Somehow he juggled things ( I suggest not to think about the details here) and said “Hi Johanna, could wait a moment”. He obviously finished what he was doing then straight away recommenced the conversation. He did not wash his hands. Did Johanna know the circumstances of the call? (don’t think about it)

Once Patrick was on the train with a friend. They were traveling back from Windsor Castle to Slough. There are no stops on this short journey. As they traveled they were dealing with the many tweets and text messages via their phones. Both were very familiar with their surroundings and were fully engaged though their phones to others. Both were disengaged with the realities of any happenings around them.

When the train arrived at Slough, other passengers, mostly tourists, boarded the train. It was a little strange to see this business couple sitting there given that the train did no go anywhere except back and forward between two stops, Windsor and Slough.

The train pulled out, which meant it was now traveling in the opposite direction back to Windsor. About a minute into the journey, Patrick’s companion, looked up (see photograph above) and realised that she was now traveling in the opposite direction. It dawned on her what had just happened and she said, “Patrick, we missed our stop. We are going back to Windsor”. They both looked at each other, smiled, looked around while trying to pretend that all was normal, and then went back to their phones. I will assume that they did not do this all day and for the rest of their lives.

Patrick is one of those sad people who is out to convince every one else that they should be on Twitter. It does no good to provide him with hard evidence that the number on twitter remains small and that in fact many people just do not need this extra layer of communication distraction every day and every minute. I am convinced that for some it works and it has become a wonderful tool. However, any observation of the control that Patrick has handed over to the technologies is a lesson for others, whether you choose to use some or all of the available technologies or not.

For me right now? It is time for a cup of tea. Then a walk to the shops. I will not be taking my phone with me. I walk to exercise. I walk to ponder anything and everything. I am sure I will find an alternate answer to the meaning of life one day. Surely it is not 42.

And ultimately I walk to shops and then to think clearly about the very important questions such what food to buy for tonight’s dinner. Messages, no matter how urgent, must wait.

As for Patrick Henderson?