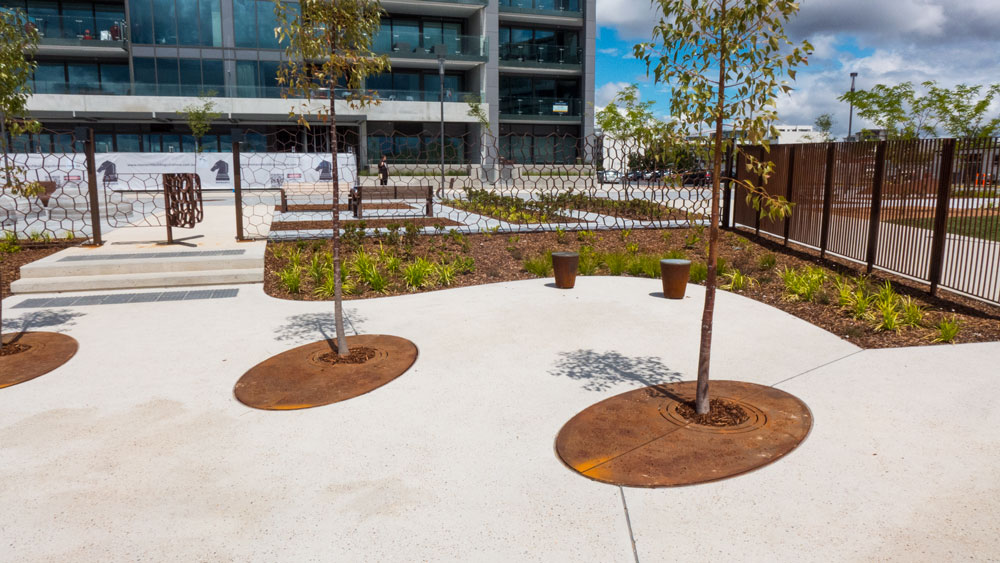 This is a first venture into the new park within the slowly evolving foreshore development at Kingston , Canberra. First impressions are of lots of detail, very contemporary and any park besides the lake is to be a welcomed addition to local amenities.

Apparently the main part of the foreshore along here is now called Jack Ross Park. The park is the open space foreshore areas on the south side of the canal. The same design elements continue across the small bridge along to the point. By the way, down on the point you can look across the water and gaze upon black cows grazing on a nearby farm.

Here’s a new park that uses all many of the contemporary design elements. Metal grills, mounds of stuff around trees, a variety of seating, including shaped stones, little pods, metal seats as well as more traditional seating. There’s heaps of paving, concrete and hard gravel areas and some very nice metal design details at the base of some trees.

The whole space is a very sunny place to sit during the cooler sunny days of Canberra. As for when we hit the 30 plus continuous day temperatures, I suspect anyone sitting on those metal seats will be coming away with a well fried bum.

These open spaces will be very hot. They will be adding to the general heat island effect around these apartments which themselves I suspect will be great uses of energy as they are all dependent on air conditioning. All those west-facing windows are not double glazed. So in summer, this park land will be a place to avoid. But it should be popular in the evenings after the sun goes down and people come out from their air-conditioned comfort to take in the evening breezes off the lake.

As far as the park is concerned, I suspect it is a missed opportunity to provide a designed open space appropriate to the local environment. Over near the National Library I have spotted a large pergola structure, with covered roof, that provides a very generous space underneath for lots of people to gather. They use it often as it is covered and out of the sun and allows people to enjoy any breezes while eating, chatting or in one case, during band practice. Such structures would have been appropriate along this foreshore.

There has been some press about the small bridge. The bridge is very good piece of design engineering. I hope that surface on the walkway will not become too slippery for cyclists when it is wet or on frozen mornings. It looks good. Not revolutionary but at least we have a bridge not made of the usual steel and concrete.

As for this little bridge being talked about as being an example of urban design? No Way. This or any bridge as an object may be a small and possibly important part of the greater urban design infrastructure, but , this bridge in itself is not urban design. It is a nice bridge and that’s all.

Here’s my first images. We will now wait a year or so to see how the vegetation grows. Plus I remain puzzled by all that green lawn. Why? Is it a memorial to the overuse of lawns in Canberra? 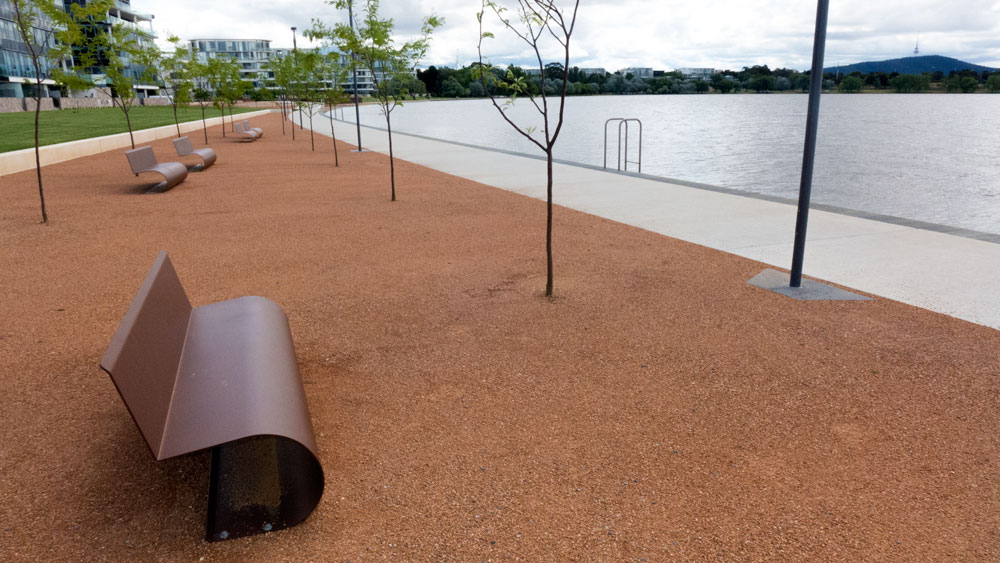 A view from down on the point. Metal seats in the sun? A bit warm on the bum I suggest. 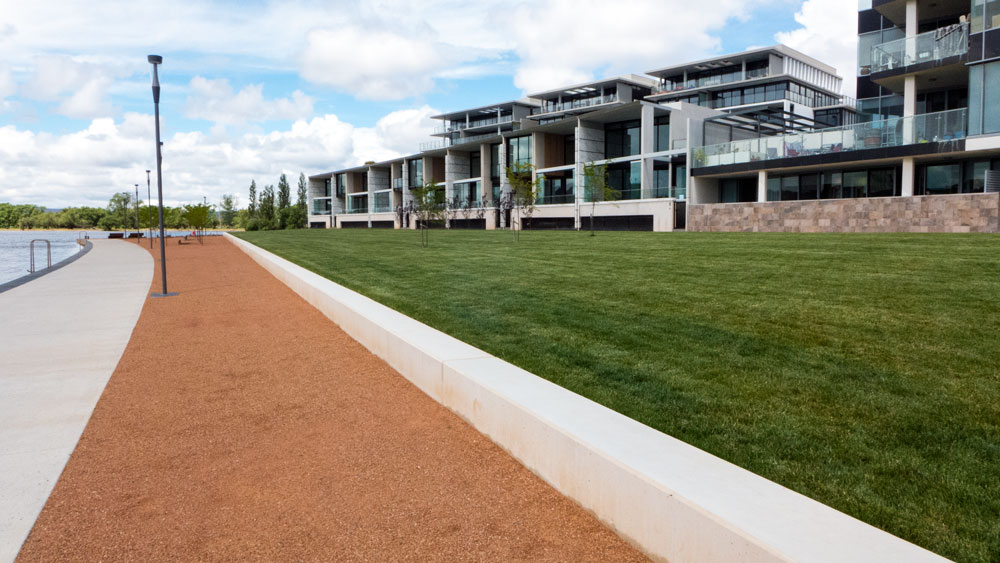 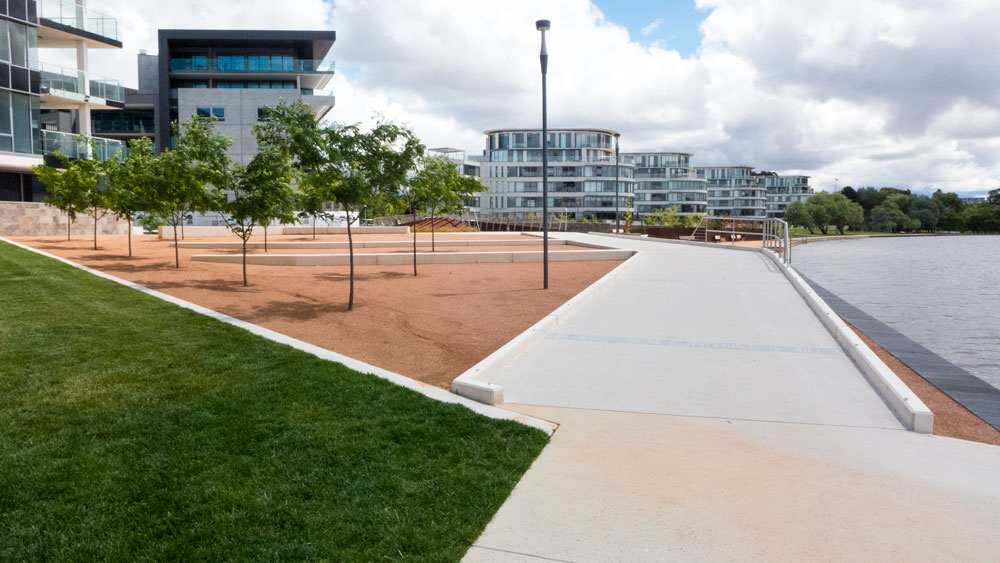 More hard stuff to keep you warm in summer. 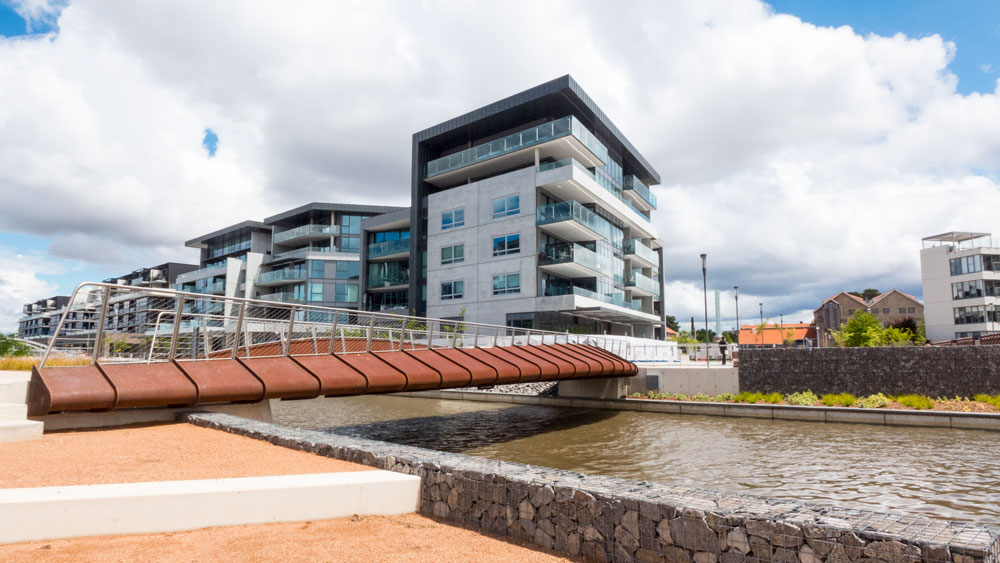 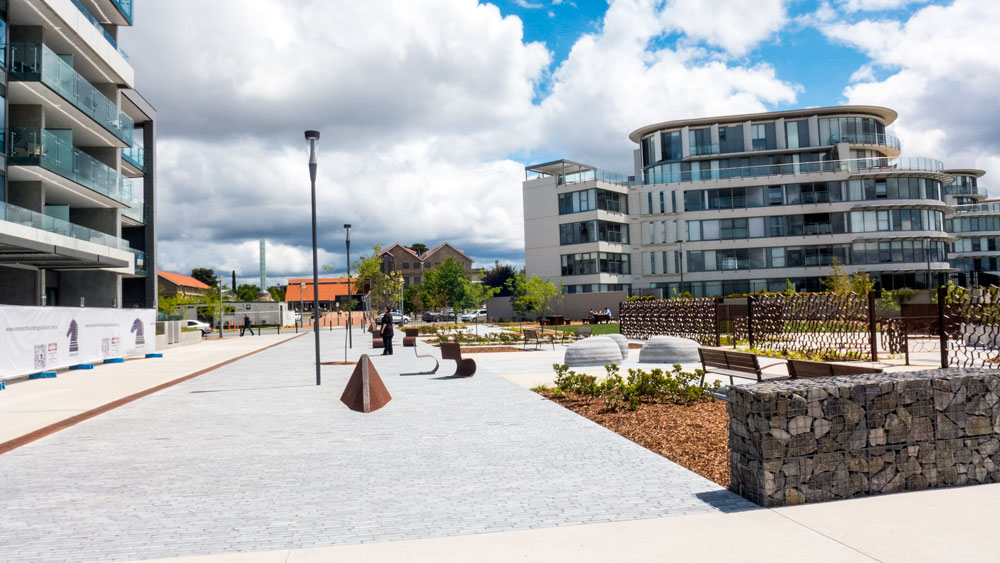 It will be warm out there! 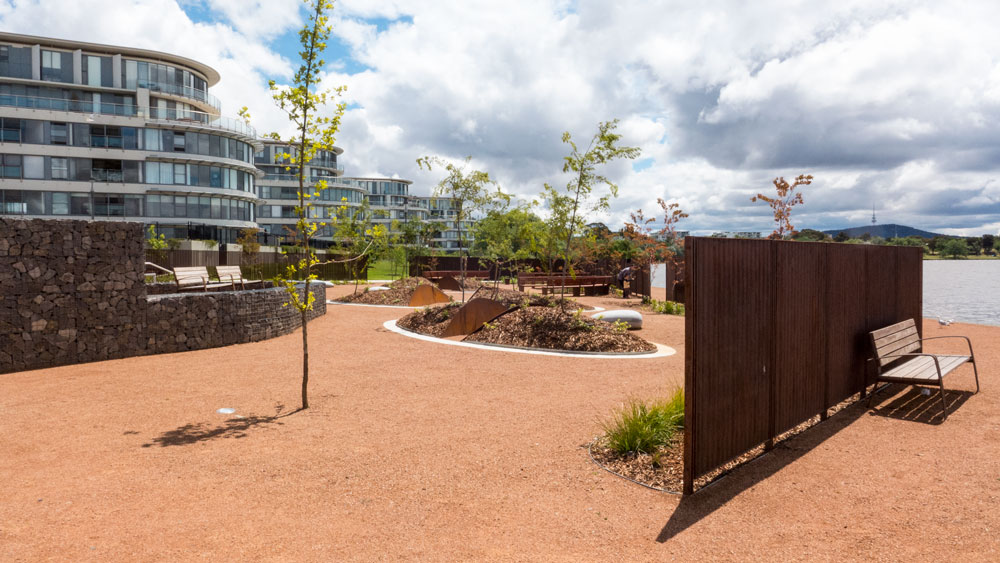 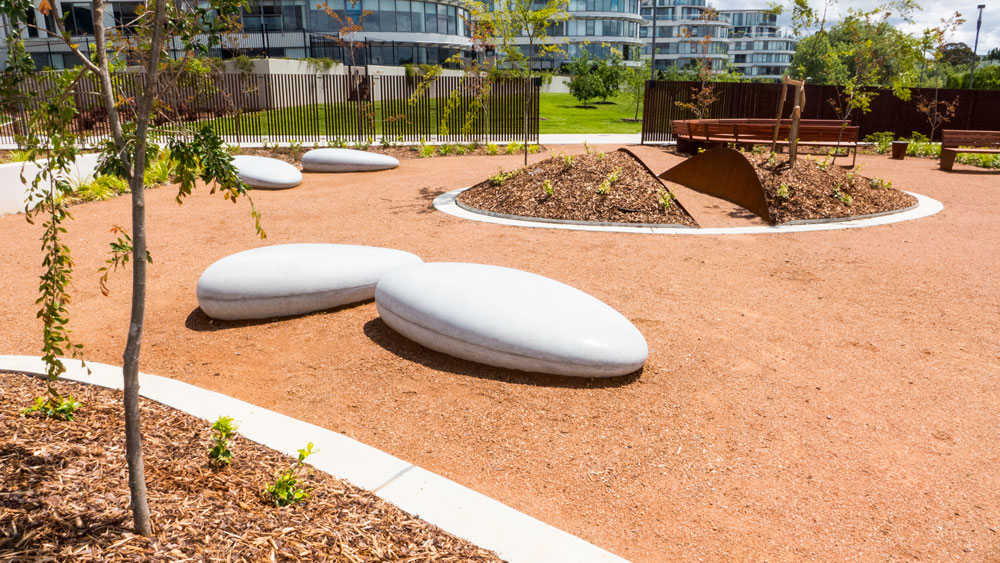 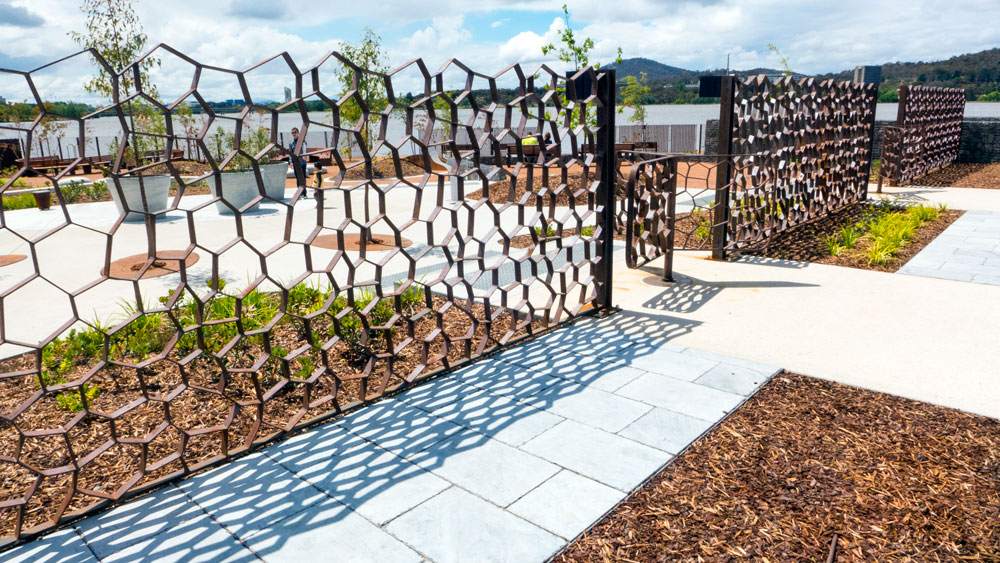 I suspect when Paul Keating objected to the original plans for the open space parkland around Barangaroo in Sydney, that what he wanted to avoid was to have another hard-edged and over-designed parkland. He wanted some bushland re-introduced along the lines of what may have been there originally. I suspect that Paul Keating would not enjoy this new parkland on Kingston Foreshore.

If so, I would tend to agree. This new park is very contemporary and has an examples of the current hard edge design elements that have been in use internationally. But does this park have anything to give it a sense of place and to be relevant to the Canberra extremes in climate?  Can we hold up this new open space, designed in 2013, as a space that offers measures to deal with climate change adaptation? Nope.

A re-visit is now booked for several occasions to test this out. I could be wrong. Watch this space.

My present rating for this park based on its Urbanity: 5/10.