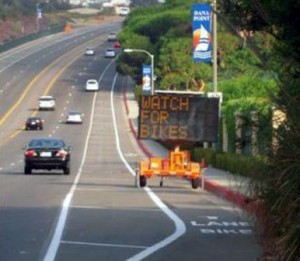 The ACT Government has released plans to trial the laws that make it mandatory for cars to keep at least one metre between themselves and cyclists. This is good news that this matter is being treated seriously as cycling on Canberra roads is very hazardous. But I say that with some serious issues to be aired as well.

It must be remembered that as in the picture opposite, not everyone appreciates bike paths. There are dumb people everywhere!

Click here for the Canberra Times reporting on this local initiative. 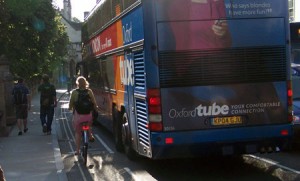 In the ideal world of people being mutually responsible and we all cared for our health and well-being as well for the planet, the roads would be a different place for us to all use. Sadly this is not so. In my rough estimate at least 10% of car drivers should not be allowed on the road at all. They are nut jobs in many more ways than I can explain in this short piece.

To complicate this at least 10% of cyclists are also nut jobs. The mix is terrifying!

The other day while dealing with two lanes of traffic merging just before we all turned right, I had to deal with two drivers who had to rush forward to get to the front of the merging traffic. Suddenly we found a cyclist taking the opportunity of the slowing traffic to run between the merging vehicles. She was lucky to have not been hit. As I said, the nut jobs are behind the wheels as well as on the bikes. 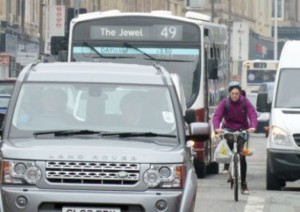 Several of my friends have had nasty hits while walking thanks to the thoughtlessness of cyclists. I fear that the same bike riders would drive in the same manner and expect the other road users to get out of their way. One friend of ours was killed in Amsterdam by a careless cyclist. There are many cases of the dangers to pedestrians caused by nut job on bikes.

Click here for a piece in the New Yorker about this.

A decade or so ago I gave up cycling as I had two close shaves with death thanks to the murderous efforts of two local bus drivers. I was forced to make the choice to be bruised no more and restrict my transport to walking or driving. 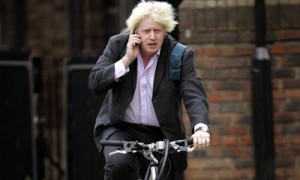 In recent years I have spent a lot of time driving around and have observed that a few too many bike riders have destroyed the good name of cycling.  I have to say that the nut jobs who drive and use their mobile phones are matched by those that ride and use their phones. This picture says it all!

I think the ACT Government is doing the right thing to explore whether the metre legislation will work. I hope that all the nut jobs out there are not allowed to ruin this for the majority. You never know, maybe it is time to get a bike again. But this time I suspect I will not be going anywhere where buses go!