Opinion: Climate in danger from Australia

re-post from the Guardian 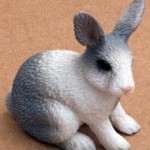 Once upon a time, not that many years ago, Australia was on the world stage as a leading in actions on climate change. It was not that a lot had actually happened. The truth was that a many new initiatives were being proposed.

The aura was that the country was on the move. The Australian Government was open to do business on climate change.

Other countries were admiring the remarkable turn around on climate change actions from those of the previous Howard government years. If you happened to have been overseas, you felt proud of your country and were able to discuss these issues in the knowledge that your country was out their doing its stuff; or at least about to do so.

But now we have this Rabbott government who are winding the clock back. Without admitting to it, they are making their payments back to all the industries, moguls, ideological think tanks, and media who assisted them to get into government in September 2013.

and also from the Guardian:

and one more, this time from Fairfax Press:  This by Sharon Beder

There is an undeclared war going on between business and science, and the Abbott government has made it clear that it prefers to side with business. Scientists investigate, document and publish the impacts that many business activities are having on humans and the environment, and it is the job of government to regulate to prevent and mitigate those impacts. Yet increasingly business groups, business leaders, a battalion of corporate-funded think tanks and front groups and a tiny minority of corporate-funded token scientists are doing their best to discredit those scientists so as to avoid government regulation. click here

This has been cross-posted with our other blog: www.sustainable-settlements.com