ACT Government and the ACT Greens 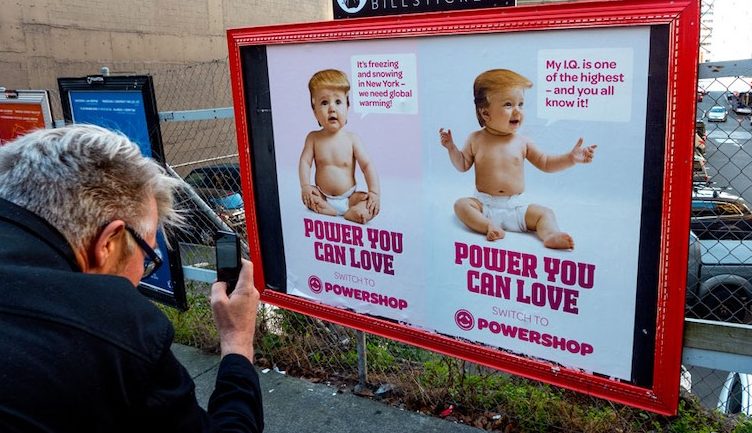 Wandering down a street in Auckland, NZ, in early June 2016, we came upon a small group of people having a laugh about an advertising poster.

Photos were being taken. We crossed the street and joined in the laugh about the images of Baby Trump.

The world has now experienced what Trump’s election to US President in later 2016 meant to the world. Are we still laughing? There was already a dangerous level of distrust in governments. Trump played on this.

The ACT Labor/Greens government won government again in October. On planning issues, Labor was overdue to be hit hard. Instead it was slapped with a damp cloth probably because being safe from the pandemic was a major issue and the ACT Liberals completely blew it.

Sadly, people have realised that on planning and development the reality will be that not much is to change. Minister Mick Gentleman continues to pretend to be Planning Minister with decisions being made by the blokes in his agencies, being the Planning Directorate and the City Renewal Authority.

The promised new normal looks very much like the previous. Spin continues to be the order of the day, alternative facts are used to avoid dealing with reality, and many of the values the electorate hold dear (heritage, biodiversity, the environment, aesthetics) continue to be trashed. As the reality of the lack of change became evident, residents went through stages of laughter and despair.

When attending community meetings in the last few years, there were always mumbles and raised eyes when government bureaucrats or politicians made presentations on planning and development. Despite any criticisms from the floor, the bureaucrats always then report on how well things went.

Then there were the infamous media statements about how the latest developments are vibrant, bring no traffic issues, promote active travel, are sustainable, fit in with the local character and are sustainable. If only! This form of alternative truth is unfortunately accepted as being how the government and its agencies, including the City Renewal Authority, conducts their relationships with the community.

How is it that bureaucrats and some politicians, who must seem to be reasonable people to someone somewhere, are completely unable to maintain credibility when dealing with residents?

When discussing the behaviour of politicians and planning bureaucrats, people make jokes as they did with Trump Baby. This is a sign of frustration, but should people be demanding a much higher standard of human values from those elected and those employed by the government in our name?

Trump did not simply show up unannounced. He was the product of decades of mischievous and extremist behaviour within the US political system. His rise to power and destruction was enabled by those who worked to undermine democratic processes and, more amazingly, by those who laughed, who watched and thought that surely things will be alright in the end.

Following the ACT elections, it looks as though the politicians and their bureaucracies are taking the result as an endorsement of barbarous behaviour and outlandish decisions on development (think West Basin, Dickson Land swap, lack of facilities in Woden, trees and shrubbery being reduced and more). It follows that things will carry on as before and most likely get worse. The bush capital was under threat in previous years. Does it have to get worse?

It is still possible that the ACT Greens in government could reset how government deals with residents so that the relationship is about values, honesty and about embracing biodiversity, greenery and respect for the city’s heritage.