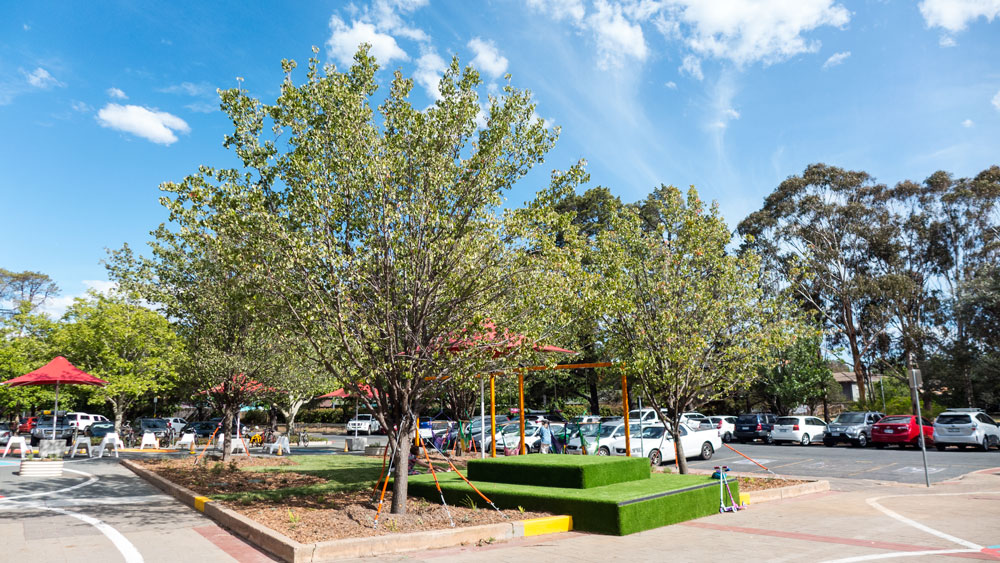 Into the inner-north letterboxes has appeared a pamphlet from one of our local members, the ACT Greens’ Shane Rattenbury. There will be more from others given the October 2020 ACT elections.

The problem with the Greens’ pamphlet was the spin. The heading read “Putting our climate first”.

As we all know, the ACT Greens have allowed the Labor Party to be in government by entering into an agreement.

It is this agreement that the ACT Greens put first above how they deal with issues that residents raise with them, including urban climate issues.

During their time in coalition government, a massive number of trees have come down and the city’s new suburbs are not what could be defined as world-class examples of sustainability.

Yet Rattenbury’s pamphlet states that the ACT Greens are committed to sustainability and the climate. Their claims are alternative facts as the reality is that their Labor agreement trumps everything else.
Mr Rattenbury’s latest insult to the inner-north electorate has been a letter in which he has committed the Greens to the building program on Section 72 being thoughtlessly progressed through Labor’s political trickery.
Rattenbury has refused to follow through on clearly stated aspiration of locals to have Section 72 as a site with a range of community cultural facilities – not apartments.
He made a statement that the 90 or so trees should not go.
But while this sounds worthy, it is a serious distraction from his lack of commitment to the significant quest by residents to have the whole site kept for community facilities – not apartments.
And to keep all the mature trees.
People have said time and time again, by all means build more social housing and government apartments (Common Ground) within the inner north, just not on this precious community land. Has Mr Rattenbury, local member, shown any sign of listening to this call and following through on a sensible solution? Nope!
There’s other spin to drive locals insane.
The City Renewal Authority, which specialises in flaky, pop-up experiments and continue to throw money around because the ACT has so much of it, has issued a statement on their recent planting of mature trees in front of the Dickson pool.
These four trees are the Authority’s contribution to assist with heat island in the suburb – they will make us cooler this summer. More alternative facts!
The trouble is that the four trees were taken along with several others from the Section 72 site next door to the pool, with the others taken over to Lyneham.
So that means that Dickson has fewer trees. There’s a net loss to local trees – and a negative to dealing with climate in Dickson.
Besides, when does moving a couple of mature trees become the biggest thing that a government agency can do to deal with the Labor/Greens alternative facts about dealing with the enormous loss of trees across Canberra.
Anyone with an interest in things horticultural and biodiversity would know that moving mature trees at the beginning of summer is never recommended.
The chances of survival will heavily depend on how much money is thrown at them during the coming months.
This cost will be added to the thousands (one estimate being at least $20,000) to prepare, remove, replant and maintain these four trees over summer. So much money to spend!
Does anyone in this government not know that purchasing a smaller plant is better. They soon grow to the larger size – while more mature plantings will struggle to adjust?
The biggest point missed is that locals would like the beautiful mature trees on Dickson Section 72 to stay where they are. 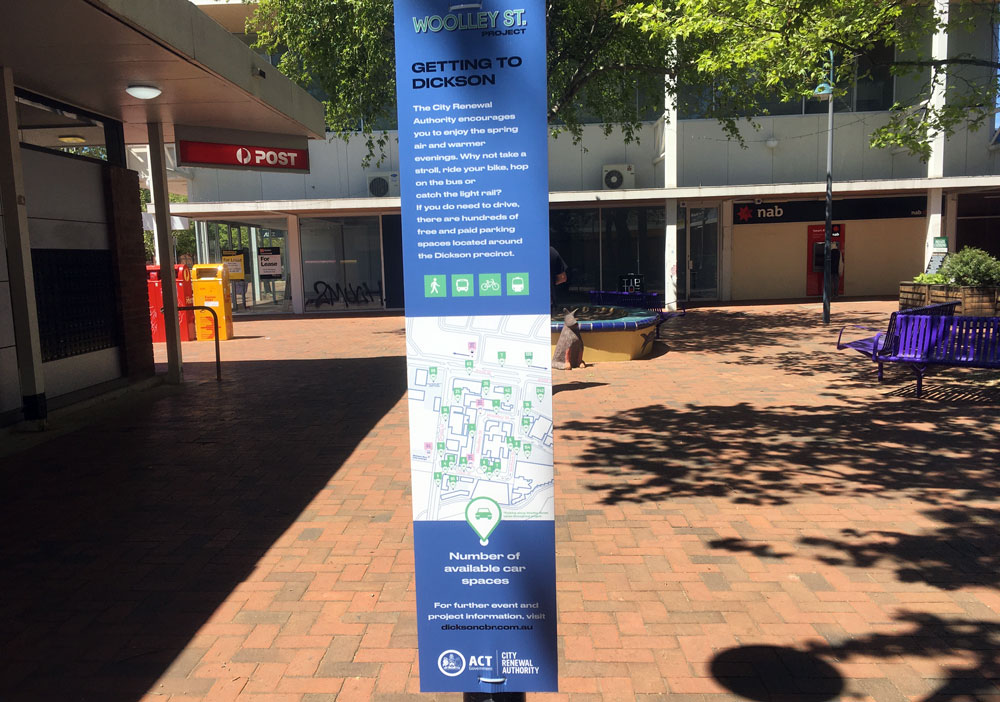 The silliest spin must be the City Renewal Authority signage in and around Dickson setting how to get to Dickson and where to park.

Yes – for when you are already in Dickson, you now have many signs providing guidance on how to get there.

They avoided telling people about the fate of the 242 parking spaces available outside Dickson Woolworths.

These will disappear once the work starts to build the new supermarket and apartment complex on that very site.

And did anyone dare mention the 70 plus trees that will go? Heat island anyone? Is this something the ACT Greens are talking about?

And finally, some news about that new Dickson supermarket complex.

Just a few months ago Coles and Doma (the developer) were given the go-ahead to build the new supermarket/apartment complex on that car park next to Woolworths.

The news is that the partnership is trying to sell the site.

According to the message received by resident’s groups, Coles wants to have a lease with the new owners, while Doma is no longer interested in being involved. So a sale is on.

This project will not be happening for a while yet.

We wonder what spin will be put on this and what will the new owners do with this central Dickson site?

To politicians in this ACT Labor/Greens coalition, can you please cut the alternative facts and spin for 2020 – and beyond.

Please surprise everyone and treat people with respect and be honest. Worth a try?