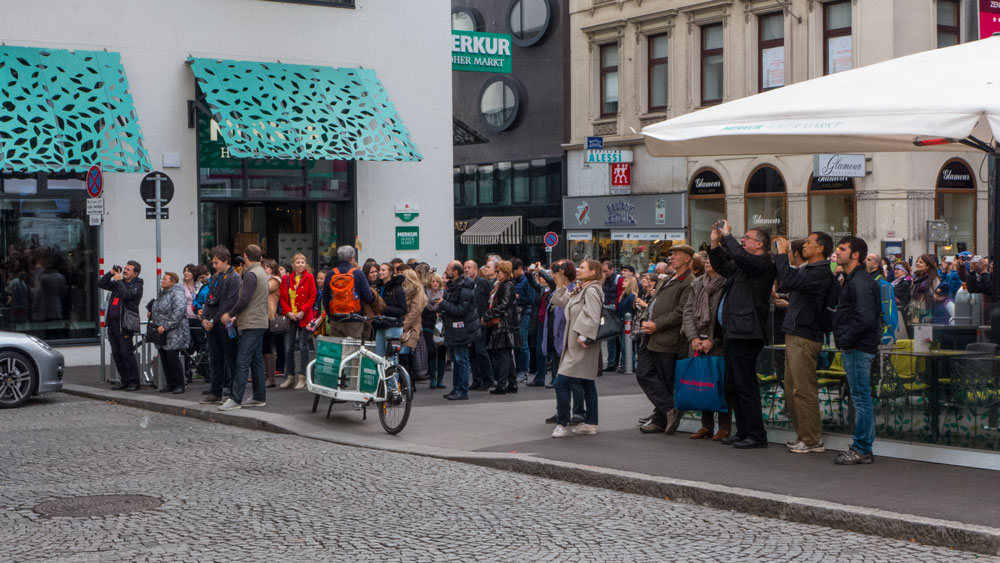 Walking through a side street in central Vienna late last year, we came across a group of people totally captured by something out of our view.

Given how quiet the rest of the street was, this was a strange sight. People were on both sides of the street with cameras pointed up at something we were yet to see. 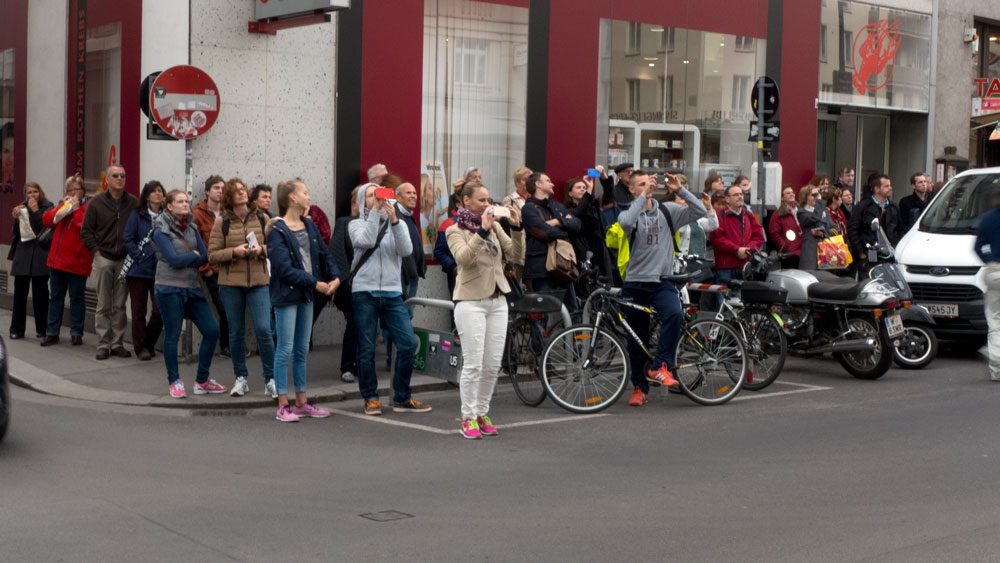 Alas, there in a corner was one of those clocks that chimed on the hour and then mechanical creatures commenced a form of ritual marching back and forth. These mechanical devices are all over the western world in locations that are sort out by tourists. People arrive to wait patiently till the clock chimes and the show begins. Then they all move on to the next tourist attraction as listed in the guidebooks.

However, even with such simple pleasures, some cannot resist the opportunity to look the other way and to take a selfie. They are in the photograph below to the right of centre. I can imagine the photo of the clock thingy way up on the wall would be boring. As to a photograph of two tourists’ faces with the clock thingy somewhere in the background, now there would be a very stupid image. (click on photos to enlarge) 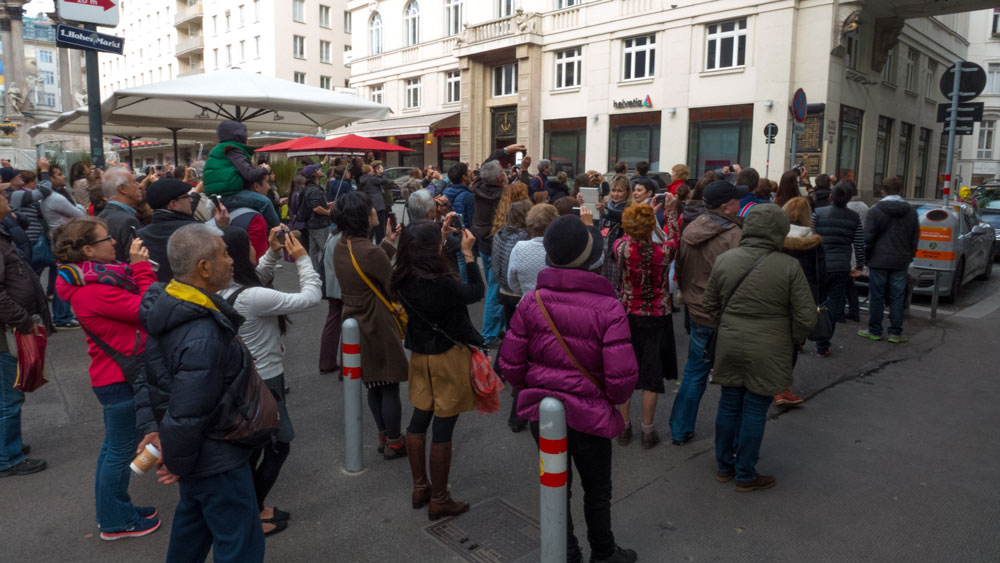 Vienna has very wonderful urban streets to wander about. There is so much to see and to spend time looking at and so many museums and galleries. One wonders why people bother to stand around to see such things.