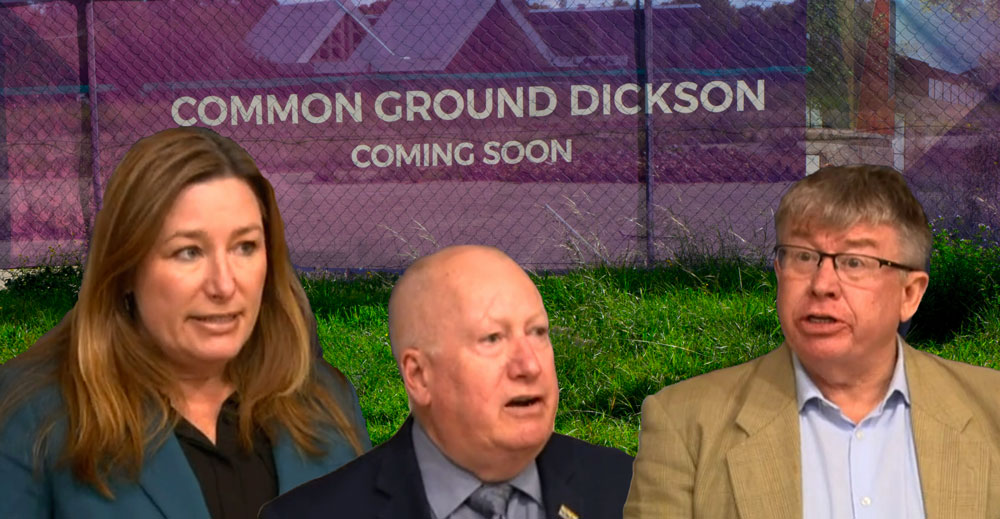 When, on August 7, Planning Minister Mick Gentleman made a rare appearance to call in the decision on the Common Ground Dickson development application, there was no surprise. This had been forecasted by residents’ groups.

(A call in means that planning assessments are by-passed and the only recourse is for it to be fought through the complex court system – think lawyers, money and time!)

The developer for social-housing provider Common Ground is the government, ACT Housing. The development application was so flawed it stood little chance of approval, and if it had been, would have been thrown out through an appeal.

For those who read the development application, the suspicion was that this was written with the expectation that the call-in powers were to be exercised. And that’s exactly what has happened.

The ACT Labor/Greens government continues to seriously underperform on social housing provision. The issue around Common Ground in Dickson remains the use of this community site for housing and whether the money could be spent more effectively to provide more housing for more people.

Local residents remain committed to more social housing being provided, but more needs to be done to have housing money better allocated for maximum benefit.

The image used with this piece is a collage of people involved with the announcement. Using their prepared talking points, the three of them put on an enthusiastic performance with loads of worthy words.

Their facial expressions were a study in pretence; such enthusiasm! They were there to win over a few of the local media and the usual rent-a-crowd, being aligned agencies and the recipients of the decisions, the Common Ground representatives. Local community groups were not in attendance.

It was also obvious that the announcement was rushed. This was the same week that ACT Labor had made its long-awaited election commitments to social housing. They were rubbished because people know how pitiful the so-called new commitments were on top of Housing Minister Yvette Berry’s bad record in the provision of social housing.

The perception was that the Planning Minister was given his talking points and told to grab some headlines in order to distract from the failures of the Housing Minister. There was a lot of very over-the-top effort to be caring and sharing and smiling. Really!

Things came underdone a little. Gentleman’s talking points did not prepare him to answer questions on related issues in his Planning portfolio. He batted away queries about the delayed Dickson supermarket development and tried to distance the Common Ground apartments from other towers proposed for the community zoned land on Section 72 Dickson.

What followed in the media was predictable. The ACT Greens were outraged by the use of these powers. Seriously?

Trouble for the Greens is that residents have observed the party’s preference to sit on a fence as residents allocated hundreds of hours attempting to bring some intelligence and sense to the debates around Section 72 Dickson.

The residents aspire for this central site to be community open space with enhanced community and arts facilities. Social housing remains a priority elsewhere across the inner north.

As the towers appear, people will remember that it was the ACT Greens that enabled these insulting and disingenuous processes to continue and that the Greens have allowed the government to use the call-in powers as a final insult.

As for the ACT Liberals – not a lot to say – as with so many important planning matters, they remain largely absent.

Among many issues going into the 2020 elections, this Labor/Greens coalition own the infamous Dickson land swap, the North Curtin Horse Paddocks/ West Basin exchange, the horror apartment suburb proposed for West Basin and have avoided scrutiny by calling-in the Common Ground project.

For these ACT politicians, it is a game to outsmart the electorate using the same machinations that got them on to their parties’ ticket and keeps them there in privileged positions. Are they proud of this behaviour?