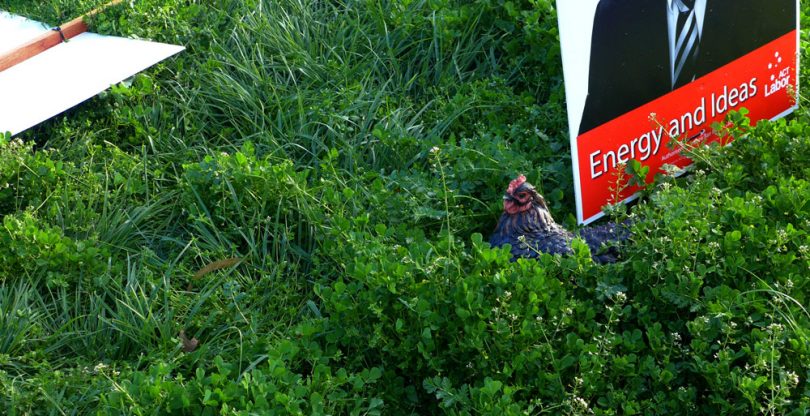 Observing the current government and its attitude towards the electorate, it does make you wonder about the 2016 election results and whether this will be repeated in 2020.

Looking back at that last election, Labor should have lost it for many reasons. High on the list were questions emerging around land deals being done within the Chief Minister’s portfolio – along with the rotten way that so many residents were being treated over questionable developments under the guise of Urban Redevelopment.

Despite these issues that so many people were angry about, the reality was that the Liberals did not present a plausible case that they were the alternate government.

How could we forget all that screaming and ranting about the tram? I was sure the sky was going to fall as well.

Too many swinging voters were scared off by all that noise. It was not what you should expect from a mature incoming government. Let alone that so much of it sounded like another version of rants and spin that we had suffered from the Abbott-led Federal government.

In short, the Liberal lost that election and left the incumbents in place. As for the list of independents – there were some good people standing but it was no surprise that the voting system worked against them and so none made it through. A shame.

With 18 months having passed since the 2016 election, have things changed on the hot topic of planning and development? Political watchers were amused that much was made of the fact that a few new jobs were established and some of the deck chairs were shuffled. Nothing but a good chuckle was the polite response to all the spin.

Sadly the reality is the culture of how the government deals with residents is much the same. Maybe it has even worsened given the populist rhetoric from the Chief Minister.

How a government embraces transparency is an important sign. Again not much has changed. The most recent example of this was the Planning Minister’s response to the Auditor-General’s look into the mysterious deal with the Tradies over land swaps in Dickson. The Minister responded that all this was now behind us – nothing to see here.

Somehow this does not match up with the millions lost to the taxpayers. And so on transparency – the race to the bottom continues. They seem not to understand how the electorate is viewing them. Not good!

Recently I was in at the Legislative Assembly and could hear the Transport Minister responding to the question we all would like to hear about – why is there no tram stop in Mitchel? The response was nothing short of an insult to the electorate.

The Minister spun out a five-minute answer about how she Googled something and attempted really dumb jokes about the responses she got. It was very apparent that her understanding of how Google works was naïve at best – or better put – downright silly.

Is this a mature government? I do not think so.

Things have possibly worsened, despite the rhetoric and media releases to the contrary.

On the other side, we recently saw the intervention from the ACT Liberal senator that he was going to ask a question in the Senate Estimates about the plans for the tram to go to Woden. I shuddered when I heard that bit of stupidity.

So here we go again – the Liberals are about to bang on again about the tram. Have they not learnt anything from how they conducted the 2016 election? Apparently very little based on this announcement.

At this point in time, the ACT Labor neo-liberal Government is carrying on with the same arrogance that they had going into the 2016 election. So I expect that they will carry on like this for the next two and half years.

One dramatic change could be the departure of the current Chief Minister. Will he or won’t he depart for that great vineyard in a southern state? If that did happen, then that could change the game going into the next election, as it would remove a face that has been identified with most of the issues residents see not being taken seriously. But who would replace him?

On the other side of the assembly, has the opposition started to act like an incoming government? I have seen a sign that two or three Liberals members are doing some in-depth work on several issues, but as yet I don’t think that they have been able to create a profile that would be convincing and bring across enough of those swinging voters.

It will take an enormous amount of intelligent, people-friendly policy profiles and statements to deal a blow to this current government’s hold on power – despite all their shady goings-on.

So back to my question: Who is to win the October 2020 ACT Elections?

The present Labor Government remains on the nose. The Greens seem to be a part civilizing influence that works some of the time. Meanwhile, the alternative still does not look ready especially given the occasional ultra conservative statements from a couple of them.

If the election was held today, I suggest that the Labor/Greens would scrape through but not because they are liked – more because of the lack of a positive sounding and a well-led alternative.

I guess we will be watching this space over the next year or so to see which individuals and which groups can sound more likeable, trustworthy, relevant and more ‘government-like’.