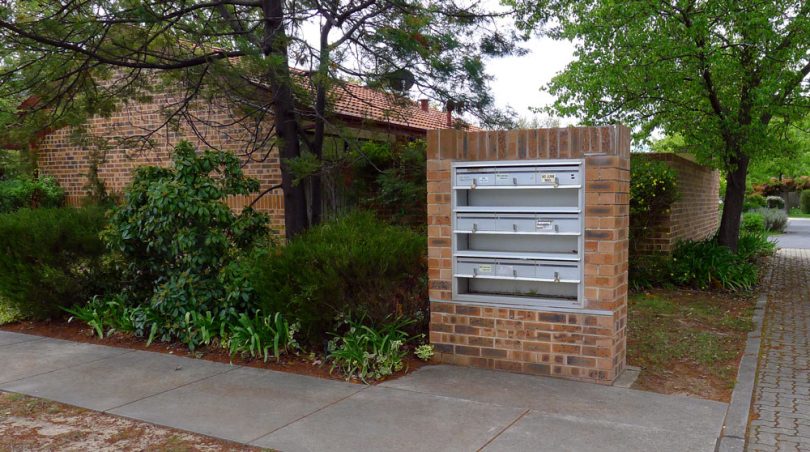 It is now part of our daily lives that people bear the brunt of increased charges brought on by large corporations inventing more ways to gouge consumers.

Whether it is the big banks, big electricity, big oil or big telcos – they all seem to find new ways to increase charges and to invent new fees – usually with little improvements to the services they provide and accompanied by spin about being ‘fair’ (or something similar).

The reality has been that they do what they do with little regard to the crippling effects these increases are having on so many people.

Not too long ago people looked to their elected governments to sort out these issues. Things have changed. Now the perception is that governments once elected quickly become just another big corporation that no longer has the needs of the electorate as its prime focus.

The current ACT Government definitely falls into this category. More and more it seems to be mimicking the big banks in inventing new ways to reach into peoples’ pockets and extract more of their hard earned monies.

A case of how Big Government can be unfair is the way the ACT Government went about changing the formula by which it charges rates for those in strata titled units and townhouses.

These changes while being sold as being ‘fair’ and as part of a greater reform to raising revenue through rates, are a clear signal that this government while labeled as being Labor/Green, has clearly become just another neo-liberal styled corporation that invents ways to gouge the ACT voters.

To the majority of people in the ACT, these changes seemed complicated and the marketing spin ensured that the local media pushed the message that the government was adjusting things to make it all so much more fair (that word again). They trotted out an example of comparing one unit in Civic with a house in an outer suburb.

As with any such corporate marketing exercises, there would be many more that could be used to counter this example – but there’s silence around such facts.

Affected residents have gathered the hard evidence of who is paying what. It will surprise no-one who has had to deal with this government that the government’s claim that 91% of rates for strata residences are calculated at the lower marginal rate category is not true. The evidence instead points to a much higher number of strata residences being charged at the highest marginal rate category.

The evidence-based conclusion is that the former methodology based on the unimproved value of land was fair and equitable, whereas the new system clearly is not.

These unfair changes were introduced while other homeowners had to adjust their own lives to large increases to rates. So I doubt whether non-strata owners were paying too much attention to the plight of strata units holders suffering this extraordinary shift in the way this government was hitting them for increased rates.

I doubt whether this Labor/Green mix of politicians ensured that these proposals were first subject to in-depth research to see if this would bring about further hardship to people such as lone parents, pensioners who had downsized out of necessity and so many on very low incomes who struggle to keep things together – mainly because of all those other ‘big’ corporations already mentioned.

Instead we seeing the effect of the cold hand of the bean counters within the Chief Minister’s Budget and Economic Policy unit. It is about following orders to raise dollars – gouging another sector of the electorate – despite any possible long-lost social agendas that used to underpin a Labor or Green political party in government.

Documentation in circulation illustrates how people on low incomes, who were very lucky to get into a low cost unit or townhouse in recent years, now face enormous burdens to make ends meet thanks to these so called ‘fair’ changes to their rates.

Yes there are probably well off people in strata units who will complain about any increases. But there are large numbers of low-income people across many sectors who are finding these new changes an extraordinary threat to their mental health and their everyday lives as they struggle with this and so many other challenges been thrown their way by so many arms of governments.

All these new charges come at a time when we have seen this same government throw money away through deals (think Dickson land swap) and through other dubious initiatives. Fair? I think not! (Maybe we need to redefine ‘fair’ when the word is used by government spin-doctors)

As with the current Federal Government and other ‘big’ corporations, one wonders if there are any more sectors of the voting population that the current Labor/Greens ACT Government has yet to pick on?

What every happened to good old-fashioned ‘Labor Values’, transparency, common fairness and decency? Not something we see much of these days.

IT IS TIME that this ACT government was honest with those in strata units.

IT IS TIME for a bit of compassion.

IT IS TIME for such decisions based on hard evidence.

IT IS TIME that raising funds (rates) was not an end in itself ruled by the Chief Minister’s bean counters in Economic Development but rather that such decisions need to be fully considered in the context of what sort of city we are to have in the future and how people are to be treated with respect and equity.

It is really not that hard to do.

IT IS TIME to reverse this decision on how rates are calculated for strata titled units and townhouses.