The Politics of Leadership for Women

The lack of senior women as mentors for the next generation of women.

The publication of statements by Julie Bishop would be doing nothing to encourage young women about their opportunities and possible career paths. Her attitude seems to that women should stop complaining and get on with it.

This demonstrates her complete lack of empathy for the situation for women in the workplace and those wishing to enjoy equity on all aspects of their lives. Actually it reflects the lack of vision and support for women from the whole current federal government. I just cannot imagine what effect it is having to have the boyo prime minister as the official Minister for Women.

We even have commentators that have come out and made the issue of feminism and Julie Bishop one of the left of politics not knowing how to embrace the right. Seems to me that this is an argument of distraction to avoid dealing with the real issues. Julie Bishop has reached her position of seniority but has joined the many privileged people, both male and female, that then hold out that they have climbed the ladders, therefore everyone else should be able to do the same. Just get on with it!

Of course Australia is not alone on this. The US Republicans now have a number of women in power. But no-one is looking to them to show any leadership on those issues directly effecting the lives of all women and in particular those not so privileged. click here. The expectation is that they will more likely endorse the agendas of those taking away the hard-fought gains that have been made for women in the US. 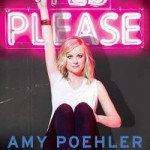 At time such as these that being polite on these issues is more likely to achieve very little. I do admire women who have worked out the obviously alternate strategy to simply let people know what you think of them. There was a lot more of this affirmative action once but now the mainstream commentators have convinced their mobs that this is an unacceptable way of doing things. The current message as sent out by the Julie Bishop’s of the world is that you should remain polite at all times! or in other words, stay in your place, be grateful for the little things you have and for most of you – just get on with the ironing!

Here’s an article about Amy Poehler that should be read and her actions adopted by more people who have to deal with both blokes and ladies who are simply annoying. click here.

A few years ago Australia had significant female leadership on issues from the then Governor General and the Prime Minister. Such times will return but in between we have to deal with these goons that the media barons have nominated to be our leaders. Make sure you speak your mind!

Meanwhile it is not only women that need to speak up on behalf of women. The Australian Defence Chief has made a range of defining statements about blokes who do not want to respect women in the defence forces. His message was clear and it went around the world.  It was simple: Get out!

One cannot be more blunt than that. Could we imagine Julie Bishop taking such as stand on behalf of women  – unless there was political gain for her or her grubby political party mates?