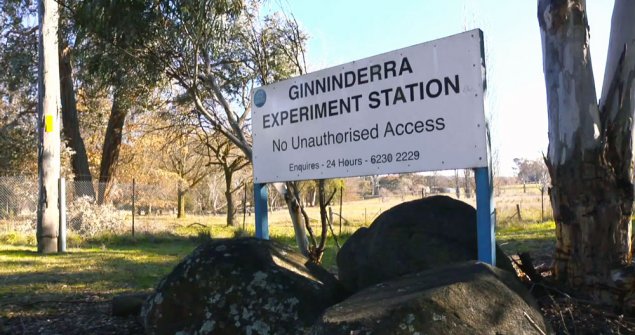 Sometimes the words of local politicians are a thing of wonder. Here’s a very curious story.

Recently there were two articles in the Canberra Times about statements by the Chief Minister on the proposals by the CSIRO to develop their Ginninderra Field Station site in northwest Belconnen. These statements were made in the context of there being a very tangled web in Canberra of relationships between the ACT Government’s political class, their bureaucrats, former bureaucrats and the developers and property sectors.

The common perception is that the ACT’s political class rarely works with residents to enhance the city’s residential environments. Their mode of operation for planning is very top down – with the perception being that the interests of the development lobby are always the priority.

So it is a rare thing for local politicians to make comments that even hint at aligning with the aspirations of residents on planning and development issues.

Therefore when a politician does talk about community concerns over a proposed development, it does cause eyebrows to be raised. Especially when it is the Chief Minister himself.

To put it politely, the present Chief Minister has a very mixed relationship with the local communities. Over the years many residential groups have had tense exchanges about planning and development with the Chief Minister – both recently and in former years when he was the planning minister.

In the first Canberra Times article the Chief Minister said the development proposal “has happened in eight months, and I don’t think people are aware of it. I predict there will be a backlash”.

And there was more: “many Canberrans are being left in the dark on the impact of a major project that is moving at lightning-speed. My concern there is, most planning changes in Canberra go through a significant process”.

The real surprise here was that the Chief Minister had suddenly taken on the role of speaking for the local residents. This is something new. This seems completely out of character. It is very strange indeed. But what is it all about? It did not take me long to search online to see that the CSIRO has been talking about this proposal for several years – the earliest being 2011. So not as fast as lightning!

What was soon clear was that the CSIRO, as the owners of the land, consulted with the community about its application to the National Capital Authority to have this site rezoned for urban development. This application was successful. That seems to me to be fairly open and transparent. So there is no evidence of the residents being kept in the dark. And the consultation now continue on the next stages.

And then to contradict the Chief Minister’s claim – I easily found a special web site that has been set up by the CSIRO to keep people informed. I suggest that the Chief Minister needs to become a subscriber and receive updates as do others.

The Chief Minister said that “most planning changes in Canberra go through a significant process.” For most residents who have dealt with planning issues – they would probably agree that the planning processes are indeed significant. But significant in that they are completely detached from the reality of people’s lives and aspirations.

So now to go back to the real curiousity of this tale.

The Chief Minister said “ I don’t think people are aware of it. I predict there will be a backlash”.

In other words, the Chief Minister thinks that the residents do not know about this development, over which he has no say, and that the resident will be aghast when they find out and will oppose it.

But the residents do know about it. There has been a constant stream of information from the CSIRO to keep people informed.

So why is the Chief Minister trying to stir up trouble for the CSIRO?

Could it be that that the ACT Government, namely the Chief Minister and his own development bureaucrats, are being threatened by the statements by the CSIRO?

Take for example the statement that  “its aspirations for the site were to deliver ‘the benchmark in urban sustainable design and also to tackle the problem of affordable housing’ “. I wonder that given that the Chief Minister’s stint as Urban Redevelopment Minister has not set the world on fire with requirements for developers to address climate change, sustainability and provide adequate green infrastructure, that they now fear that they are soon to be embarrassed by the CSIRO’s more intelligent approach to urban development.

The CSIRO will be working with their developer of choice to produce a model development that does all those things – and is still affordable.

And talking affordability – I noted that the CSIRO had been talking to agencies such as Shelter ACT about affordable housing. Is the CSIRO going to get that right as well?

Is the CSIRO about to deliver a new style of urban development in which affordable housing will be integrated into the mix rather than being a token?

Is this why the Chief Minister is spending political time and energy bringing the development to the attention of the local communities – even though they already know about it?

I suggest that given the reputation of the Chief Minister and his bureaucracy on housing affordability, on urban development and climate change and putting the developers first, that locals will be keen to see what the CSIRO can deliver on this site – especially as it is just across the road from that other urban development that the government lauded as being so innovative – that being the suburb of Crace.

Was that a dog-whistle, Chief Minister?