Do you know Zoe Crabtree? 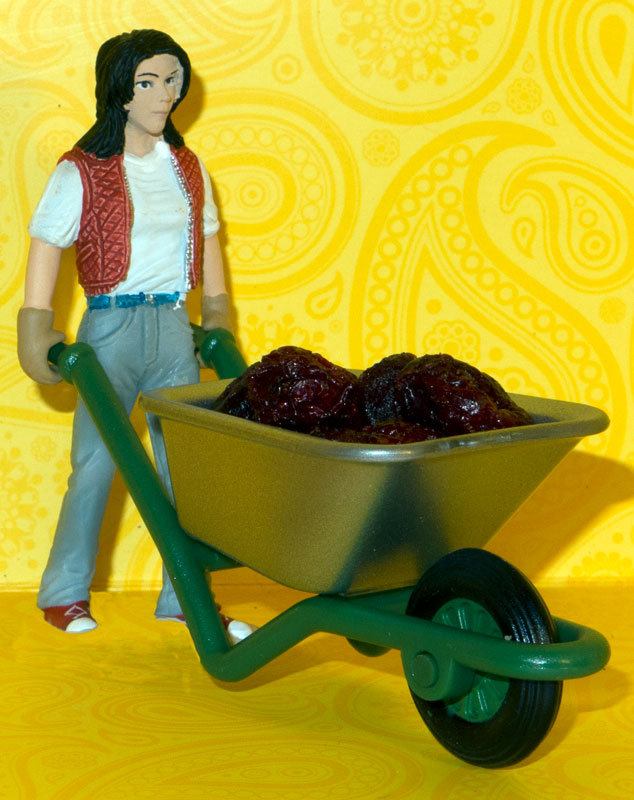 Most well established arts organisations have experienced the presence of a particular zealous, fanatical and contrary personality. Zoe Crabtree is such a person.

Zoe is a very intensely keen member who has chaired several sub-committees that are concerned with significant issues.

Zoe is a person of adequate intelligence, is in a senior middle management position,  has sway over the lives of others and has developed a reasonably profile within her immediate arena of work. This profile is usually concentrated around her colleagues and the associated circles of influence.

Zoe Crabtree has a reputation of being very concerned with particular social and political issues. She has in the past created work for NGOs such as  amnesty international and environmental groups. In the last several decades Zoe Crabtree has collaborated on performance and artworks around the topic of the injustices being dealt out to those in Australian immigration camps, political prisoners in detention, and of late has made artworks about ‘our relationships’ to the Australian landscapes. Unfortunately for Zoe Crabtree, her circle of influence and knowledge of her work is far more restricted than Zoe Crabtree would have others believe.

As Zoe Crabtree is  employed in academia, a position still held in respect in society, this has automatically provided her with standing  amongst various professional circles. However the quality and quantity of her research is not substantial (to be polite)  especially when compared to what would normally be seen from such a senior academic.  Besides lots of medium size articles in industry trade magazines and the occasional friendly academic journal, her total body of work for the four decades does not make for a long list.

This deficiency is not spoken about in her own circles or by her colleagues.  Instead there is an aura around Zoe Crabtree  that is not reflective of the reality of her ineffective academic achievements. Most people seem blind to this lack of academic output. Having said that there are several in allied research departments who have quietly expressed concerns.

People in her circle know that Zoe Crabtree’s personality is such that any challenge is taken personally and her revenge is fairly swift, no matter how justified the criticisms. She has been known to bring together colleagues and conducted several quite personal bullying and vexatious campaigns on those who have expressed different views. Zoe and her allies have conducted campaigns against whose achievements have resulted in any comparison with Zoe Crabtree’s own futile efforts.

Ever since she took up casual teaching in the early eighties and later full-time academic  positions, Zoe Crabtree has failed to see the gulf that exits between her outward political actions and statements on equity and freedom of speech, and her propensity to come down hard in a very nasty personal fashion on anyone with whom she disagrees. In such cases she has often circulate exaggerated and misleading information about the person she is attacking so that most colleagues will remain silent rather than speak of the injustices being handed out by Zoe Crabtree and her friends.

This applies also to others in related professions which is stark contrast to her stated ambitions to be working in partnerships with other professionals. Many of those who have entered into such partnerships, have usually rued the day that they thought of gaining benefits through collaborations with Zoe Crabtree. These attacks on others has a long history going back decades to the late eighties.

As stated earlier Zoe Crabtree is quite vocal on equity and social justice issues. However strong her expressions are, it has been seen time and time again that she will favour her friends and colleagues in appointments, when sitting on juries, and in any articles she gets around to writing.

Her equity values are blind to the fact that she has at times favoured students who have ensured they have provide favours to her and make themselves available for social interactions. Likewise, the student body has at times raised concerns about her treatment of those students who have not been blessed by her favouritism.

Despite all these personality and professional faults, Zoe Crabtree continues to have the favour of her own senior management and this has been so for the four decades of her employment despite the very occasional grumbles and complaints from students, some colleagues and other professionals.

Zoe Crabtree has served on many boards and committees in the last couple of decades. It is on these committees that her contrariness is at its most explicit. While some people seem to have a chip on their shoulder, Zoe Crabtree arrives at meetings as if she is pushing a wheelbarrow of crap to dispense to those present as well as those being discussed. For some mysterious reason people have come to accept this behaviour as normal. Some people say it is correct that Zoe Crabtree triggers robust debates. This is stated as a distraction from the reality that people get hurt and damaged by some of the actions undertaken by Zoe Crabtree and her allies through her committee and board contributions.

While Zoe Crabtree has sat on these committees with a commitment to the aims of the organisation, it has always been the way that in the end her final commitment is not to the organisation but to those who support her. As a result many of her proposals have not necessarily benefited the organisation, but have instead favoured Zoe Crabtree and colleagues. Again, for totally illogical reasons, this quite damaging influence has been part of the landscape for many years, in fact for several decades.

Zoe Crabtree continues and it is expected that even with retirement she will continue along the lines she has always, because she has been allowed to be thus. No-one who has ever challenged her has survived in their employment or on any committee once they have directly or indirectly been a challenge to Zoe Crabtree.

It seems it has always been thus!

The definitions of Zoe Crabtree Contrariness

Having a nature of deliberate and stubborn unruliness and being resistance to guidance or discipline, being prone to lack of discipline

Having a fussy and eccentric disposition, given to crankiness, crotchetiness, grumpiness, being ill nature and having a disagreeable, irritable, or malevolent disposition.
——————————-