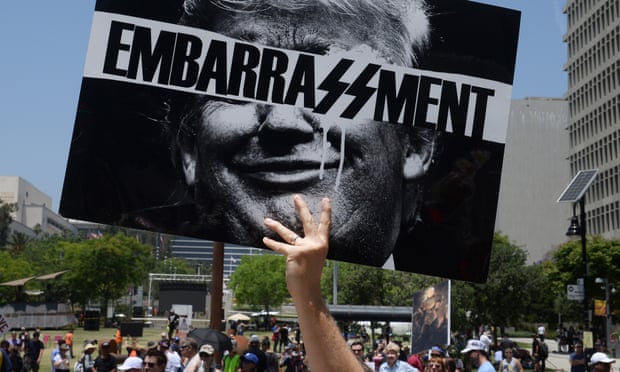 It is definitely time for all forms of peaceful and concerted actions to adjust our democratic structures to deal with the damage being done by forces that have resulted in Trump and his cronies being where they are.

In Australia those same corporate forces have been at work undermining our political systems. Abbott/Turnbull is a result of years of work by powerful forces now imbedded in the political processes.

These forces of evil (of self interest) need to be challenged and confronted. It is a step by step process and many of the alt-right supporters (media and special ‘think tanks’ etc) will be there to challenge as they read from the spin sheets supplied by the corporate spin doctors.

Rebecca Solnit’s piece is worth reading for how the world is dealing with Trump. Similar challenges are present in Australia with the political class and the mainstream media being in their own bubble and doing little to deal with issues that are affecting the planet and all of us.

Click here for the article by Rebecca Solnit in The Guardian.