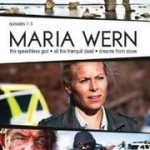 I have to admit that I had not heard of the Swedish island of Gotland. Having now watched four of the Swedish seven episodes of Marie Wern, I have had to get online and do research on this Swedish island, situated in the gulf to the east of Sweden. Want to know more about Gotland? – click here.

This is a good series. Recommended. 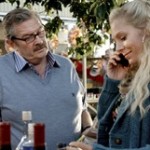 The plot follows the usual lines of murders happening in and around a town with the involvement of the local police force. Yep, here’s another town where murder is commonplace as portrayed by so many TV crime dramas. I was amused in another series when one of the lead actors stated; There are always murders!

Maria Wern, wonderfully played by Eva Röse, is the police inspector who leads most of the cases. Being located in the Nordic region of Europe, we have crime linked into other nearby countries integrated with all the usual nasty things that people seem to get up to. 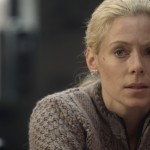 The secondary plot is that Maria Wern is a single mum with two young children so we see very much how she handles home life in between the demands of being on call for the frequent crimes being committed. The development of the characters has been done very well and in fact in some way is of equal interest to the main crime plots.

I also note that there are some wonderful examples of knitted jumpers. 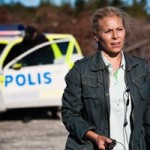 Sometimes with these crime series, character development can be a nuisance and distraction. In this case the author has done a fine job of integrating insights into the people with aspects of the crime plot. The characters are interesting.

Of interest are the settings, in particular the city and country scenes. Several Nordic programs have had an extraordinary amount of sunshine. This program has good share of rainy days and very deep snow. It often looks very cold! 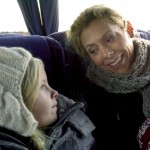 In preparing for this review I have read any available material online. There’s not a lot. One thing I noticed is that several stated that Marie Wern came to the island after the death of her husband. I was curious about how this story got legs, given that there are several scenes where she and the children visit the grave of the husband. He must be buried close by, so I am puzzled how that story got going.

Another comment about the character of Maria Wern said that she has to deal with the male dominated world. Nothing could be further from the truth as the character of Maia Wern has a lot of respect from her colleagues and most of the people she deals with. 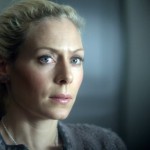 In rating this I would have to say that I have based my rating on the combination of a good set of crime plots enhanced by some wonderful writing around the characters in the series. All this, and the scenery, add up to deliver some good and enjoyable viewing.

The series is based on books by Anna Maria Angelika Jansson, a Swedish crime writer and nurse from Visby, Gotland. The first of the TV series went to air in 2008. There seems to have been a movie as well.

The series must have done something for tourism on this Swedish island of Gotland, provided you do not mind the high murder rate!