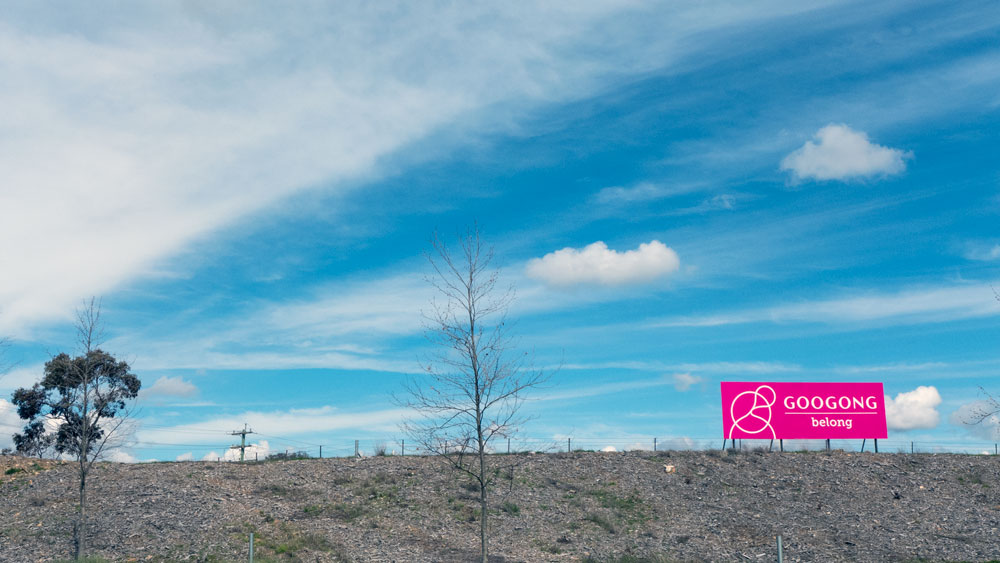 With the debate in Canberra about housing affordability, the ACT Liberals have been using a particular line in their election statements to criticise the current government’s Land Development Agency (LDA) and its handling of land prices.

The ACT Liberals have been saying and I have now heard and read this this several times (so it must be true?) – that “the Barr government was letting down potential first home buyers when blocks at Throsby would be balloted for double the average price of those across the border at Googong”.

Time to have a look for myself. Off to Googong we went. And what a surprise.

Several years ago I went past the site and saw a few houses, a host of holes in the ground and a water feature. Today it is a busy small township. And gauging by the amount of construction, it is about to double in size any day now.

This is a township whereby the developer has just added water and Bingo! – a new country town is appearing. 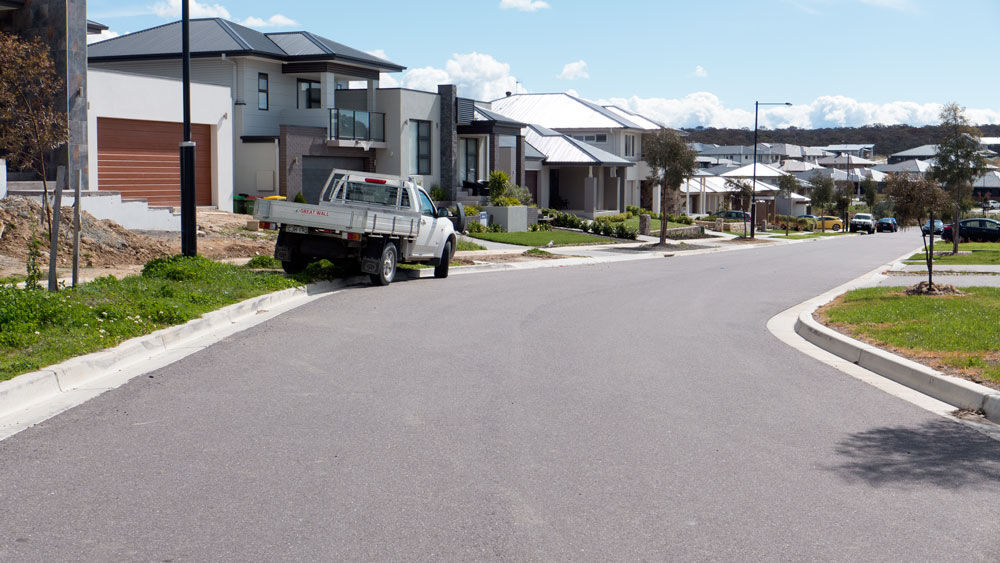 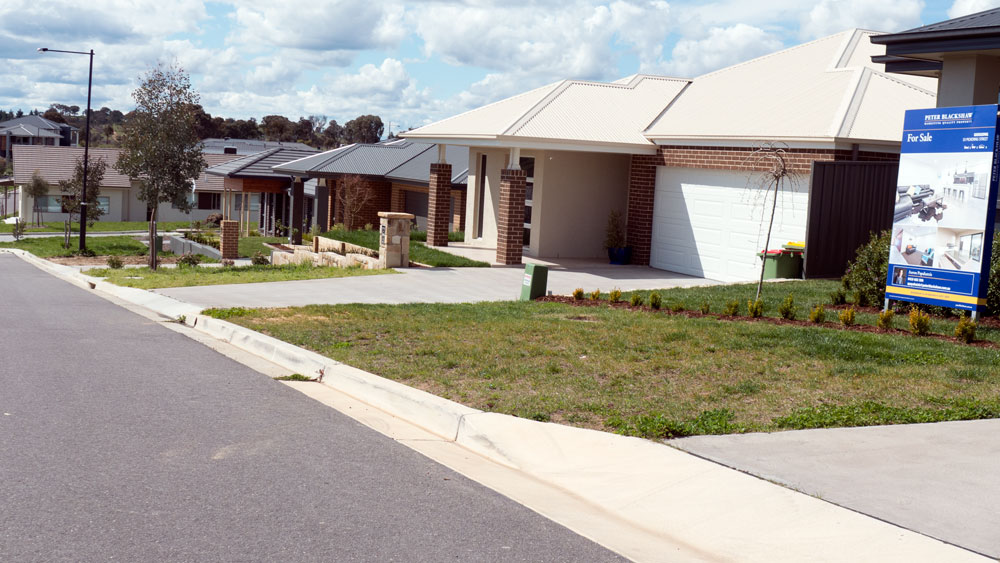 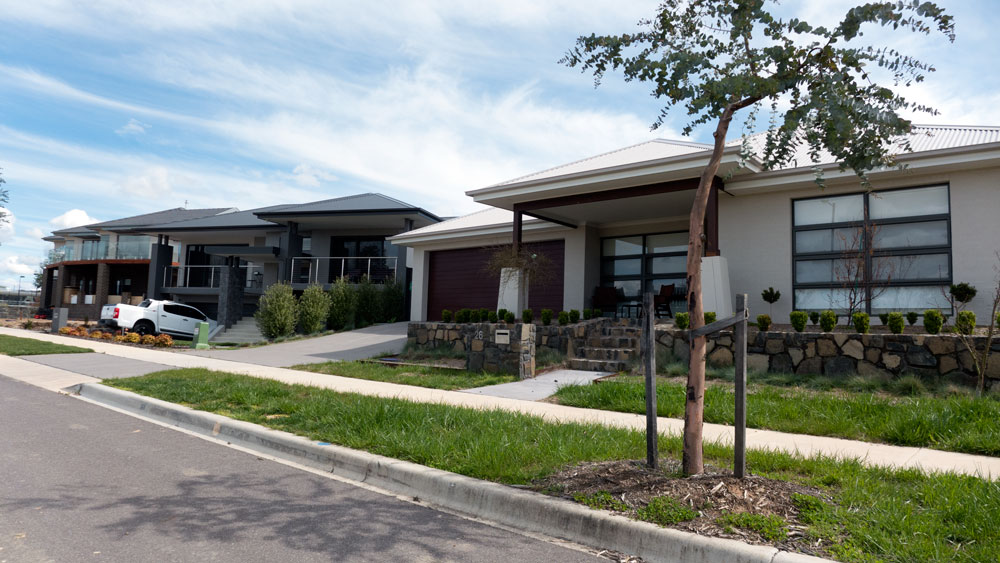 Naturally because it has all come into being in the short space of a year or so, it is very new and very homogenized. The section you see first, the west side of the hill, is very much in full swing – people going about their weekend business, washing cars, gardening, walking or sitting on their porch with a beer.

Whereas over the hill to the east, there is the equivalent of another whole suburb or two under various stages of construction. Heaps of tradies, frameworks going up, and new blocks being bulldozed. 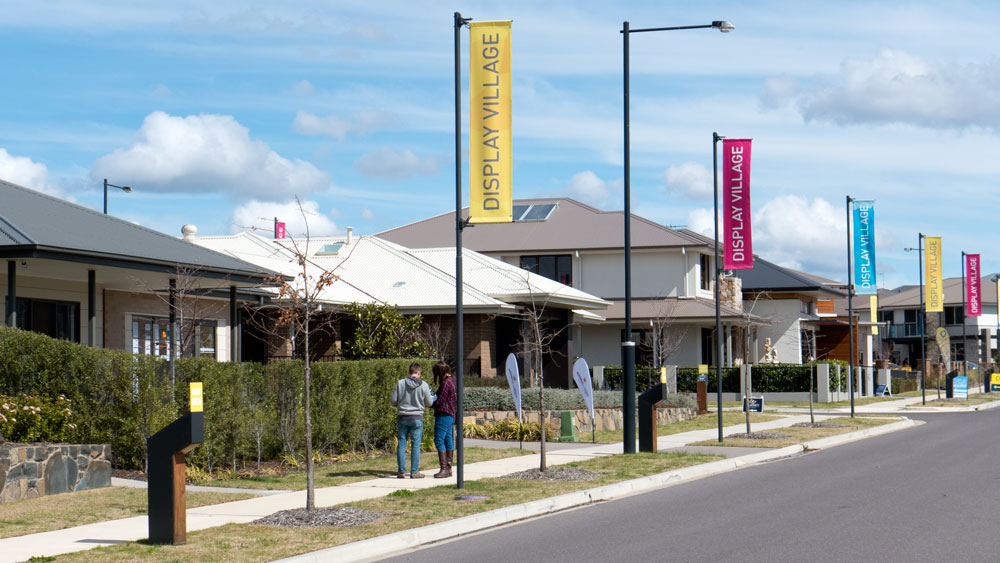 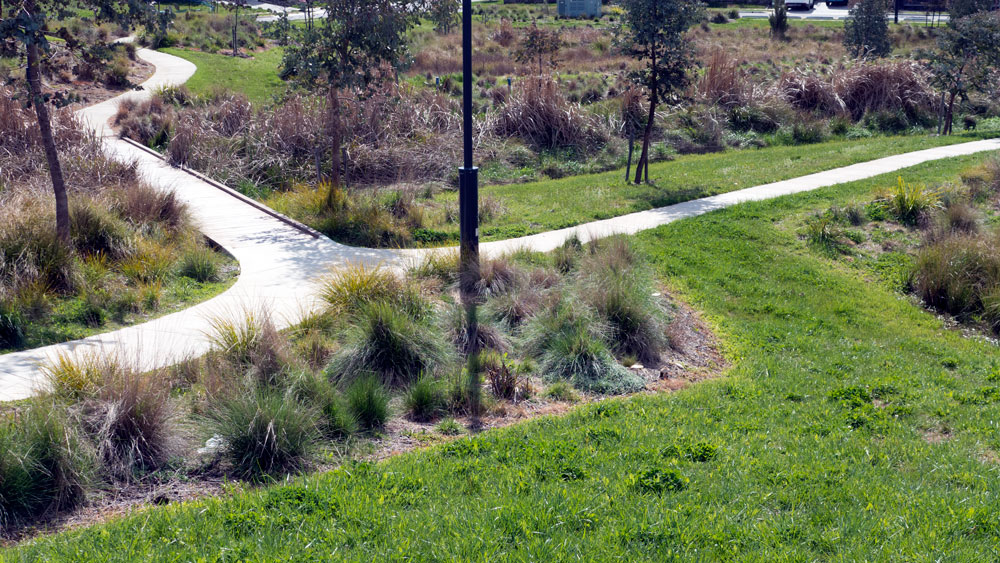 The established areas have ample greenery and open spaces. When I returned home I read the marketing blurb that states that this town will be six star rating – but no evidence was provided to back that up. I have never given much credibility to that green star rating system or ‘green wash’ – given it was designed to be developer friendly.

Mysteriously all this instant development has happened without an appropriate level of local shops. We drove around and could only find a café in the sports centre. Later I read that there is also a very basic general store in there as well. The shopping centre is a hole in the ground on top of the hill and is to open later in 2017. So for now residents drive the 6 or more kilometres to Karabar or Queanbeyan to do any shopping.

Residents have to drive out to go anywhere and for those working in Canberra, it must be a 20 kilometre drive in (give or take depending on where to). The township is isolated by several kilometres of country road. So one negative has to be that there is no encouragement to not have a car – there is no way you could walk, pedal or catch other transport from here to work easily. A car would be essential. (six stars?)

There are loads of positives for new house buyers. It is cheaper to buy the land – the whole neighbourhood is clean, the air is fresh, the whole site is surrounded by trees and hills and the Queanbeyan River and Googong Dam is over the hill. Eventually the township will have most of the basics built into it – schools, shops, playgrounds etc.

That is, in several years there will be easily 3,000 plus people here and it should become self contained.

Two more points. There is one road into the township. There must be a problem of getting in or out during peak hours – as was the case with Crace. However this also means that should a bushfire loom, there is one way out and that could be a problem if that is where the bushfire is coming from. I would suggest that residents keep a canoe handy to get out onto the dam if required.

The other – is Googong Dam. Last time we visited the area around the dam site was still in drought. Not so this time. It is green and the spillway is dramatically overflowing. When were there, several people were enjoying the slopes as a nice site for a picnic. 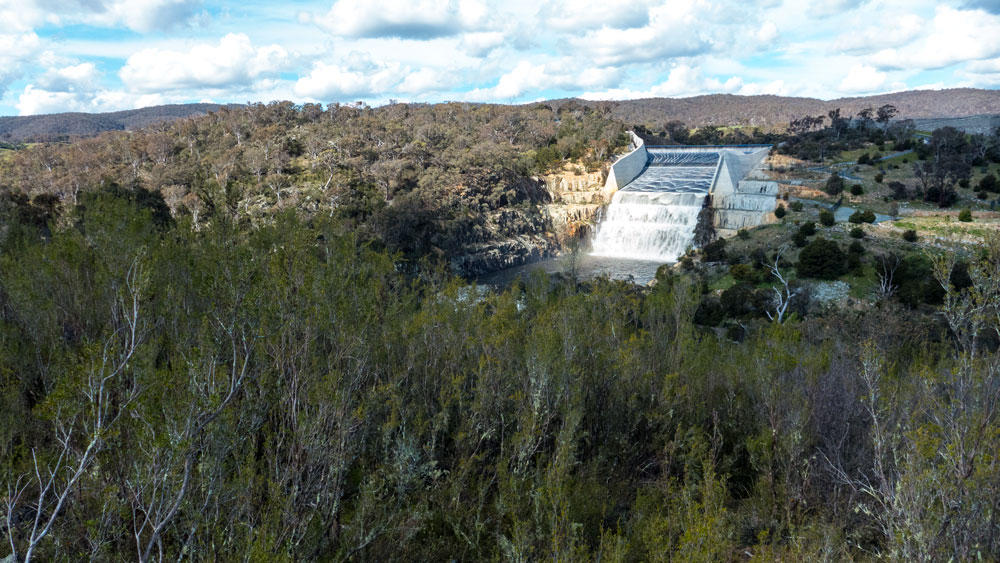 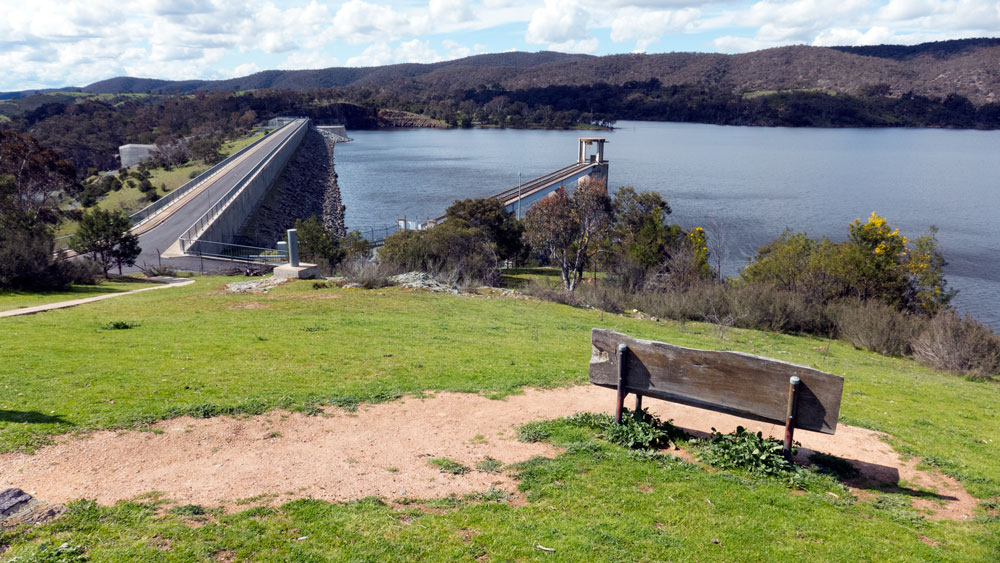 Back to my main point.

For home buyers wanting that new house, Googong is definitely an alternative to buying land on the western fringes of Canberra. You would be at least a couple hundred thousand dollars better off. And you would still have access if required to many of the benefits of Canberra – eg hospitals, events, and even schools.

The ACT Liberals are correct. It is a good point to make during the elections. Based on what I can glean from materials online and by visiting Googong, the ACT Government, through the land management processes of the LDA, has inflated the land prices in Canberra’s new outer suburbs. Googong offers an alternative at a significantly lower price. Is this good for Canberra?