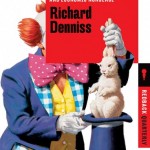 This is the latest in the excellence series, Redback Quartery. And it is a good read – recommended.

If you already sceptical about so much of the political spin, especially when it comes to talking about economic and finances, then there will be no earth shattering surprises for you in this book. But having said that what Richard Denniss does is to explain in very plain English the level of hypocrisy and plain stupidity that is ever-present in the political system – and the loads of business lobbyists who haunt our lives.

What is econobabble? We hear it every day, when public figures and commentators use incomprehensible economic jargon to dress up their self-interest as the national interest, to make the absurd seem inevitable or the inequitable seem fair. This book is designed to expose the stupid arguments, bizarre contradictions and complete lack of evidence upon which much ‘common sense’ about the economy rests in Australia.

Econobabble is for those who, deep down, have never believed that it makes sense, economic or otherwise, to help poor people by slashing public spending on the services they need. It’s for those who have a sneaking suspicion that it would be cheaper to avoid the effects of climate change than to let them happen and then ‘adapt’. And it’s for those who think it would be more efficient to reduce unemployment than to ship jobs offshore or blame those who are out of work.

With acuity and precision, Richard Denniss demolishes the tired and misleading arguments of right-wing economic ‘experts’, empowering you to cut through the babble and reach the truth.

This book is recommended  – and as I said earlier, is an easy and very informative read. Go get it!