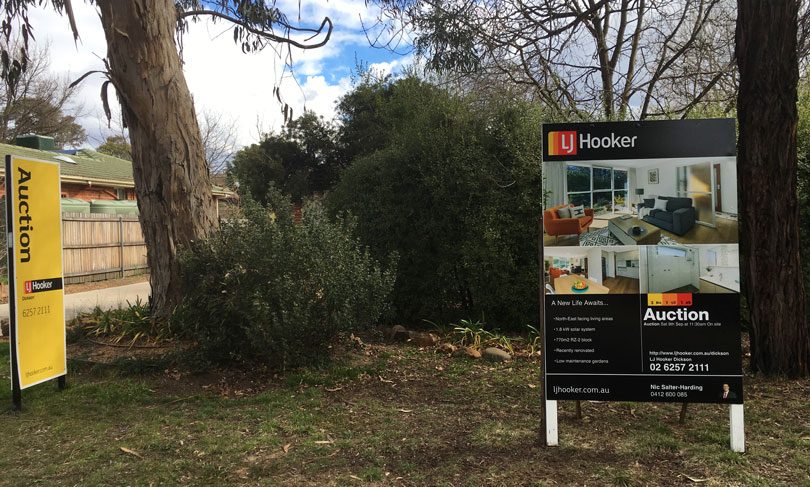 The neighbourhood had their answer. The signs went up – and yet another original style (AV Jennings) house was about to be put on the market.

Renovations, cleaning up and a little landscape work had been ongoing for a year or so. This may not caused much notice elsewhere, but this house had remained as original since the sixties and now there was a burst of activities where there had been almost none over those decades.

The real giveaway was when a real estate was spotted in the street flying a drone above houses up and down the street.

And so the neighbours watched and wondered, just what price do you get for a very standard 3-bedroom house, now with a make-over (kitchen, bathroom and painted throughout)?

There has been a recent spat of high prices in this part of Dickson, being east of Cowper Street (middle Dickson). I have posted twice before on this. First there was the 3-bedroom that caught everyone by surprise; and more recently a few more that indicated that this level of sale price was now the norm. 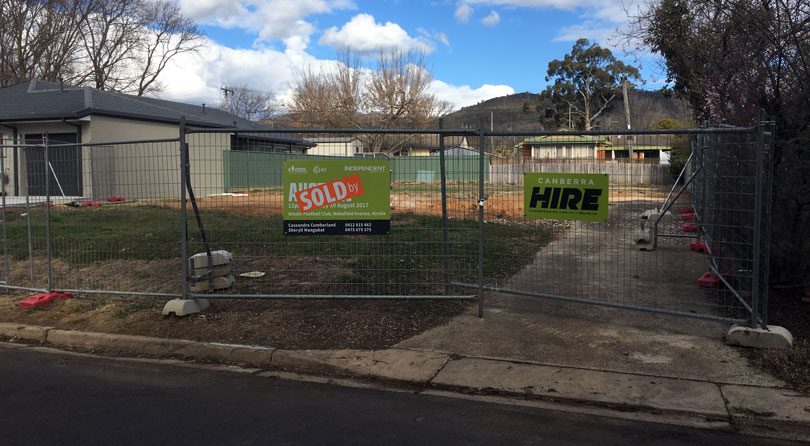 So back to the house that had intrigued people as it was readied for sale. The improvements would not have been cheap in total. So it must be expected that the owner will get that back and more. Will this be the first of these standard houses to go for that wondrous $1 million?

While the auction is set down to be Saturday 9th September, people have already been spotted standing around the front and looking as though they were sending the estate agent back inside with another offer. Is it possible that the house may not go to auction?

Will someone desperate to get into Dickson be tempted to offer that not easily refused high price to ensure that have a home close to many amenities and in a neighbourhood embraced with greenery and surrounded by parklands.

It has happened twice before in the same street when houses are taken off the market before the auction because an offer too good to refuse was taken by the owners.

And I must admire the spin being used, apparently from this house you will access the tram. Everyone who knows better just rolls their eyes. To do so would mean walking double the distance compared to simply catching the many buses that run along Cowper Street.

So we wait for 9th September? What price? Will it burst through the one million dollars? If it happens, that 9th September auction could set a record – for this basic style project house in middle Dickson. But I doubt it – something around $900.000 is more likely. But it’s an auction – so anything goes.

It also means that we now need to watch for more dubious actions by real estate agents flying a drone (most likely illegally) up and down streets and over the heads of people who will be surprised, just as happened in the original case. Will that next drone be the first sign of another house sale?