It is about the urban heat island effect 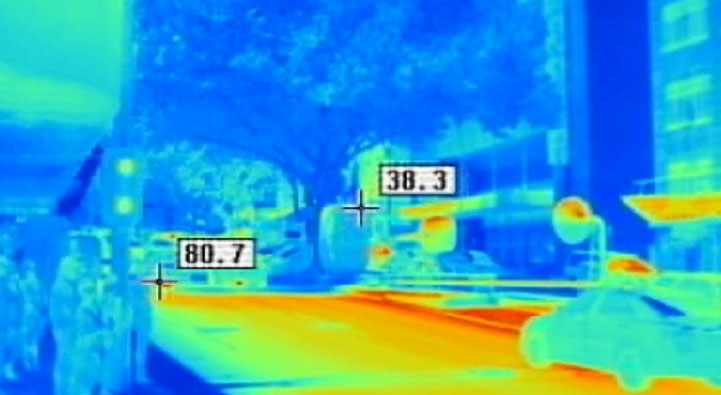 With the extreme hot weather, Ian Shears from Melbourne City Council, in an article in the Fairfax newspaper, discusses the benefits of greenery in the city centre. he discusses cities and heat.

Ian emphasizes the importance of green infrastructure to the city of Melbourne in the context of dealing with sunlight on city surfaces. 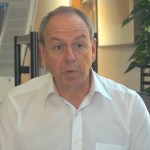 It is interesting to hear Ian Shears talk of the large buildings that shows up as cool. These are the large entertainment complex and the railway stations. It must be noted that this illustrates the requirement of a huge outlay of energy through the use of air conditioners, probably on almost 24 hours.

His video illustrates one of the many benefits of green infrastructure and the profound effect the use of greenery, trees etc, can have on reducing the temperatures in the cities. This latter point is so important as we look for all manner of solutions to deal with badly designed cities and address climate change adaptation issues. Full marks to Ian Shears to be putting this information into the public arena.

Is this a little too much like green wash?

This heat island effect is but one of many issues that the cities need not just talk about, but to deal with urgently. The obvious question being that while this expertise is present in cities such as the City of Melbourne, why are we not seeing this thinking underpinning all the current developments within the city.

For instance the RMIT new design hub building has received all sorts of accolades. Awards for many things but not for being a champion of great climate change design.

The RMIT Design Hub is a bad example of how to deal with cities and heat and how the architectural profession is leading in the wrong direction in climate change adaptation. This building has been built by a design university that promotes all manner of design solutions to deal with climate change.

The hub sits there as a big block on the street corner with no real street frontage and no possibilities of any trees anywhere near it. Despite all the professional awards, this is not a case study of good design in the 21st Century as we face urban heat effects and so many other issues around climate change adaptation.

One wonders how such highly acclaimed designed buildings show up on Ian Shears’ thermal imagery?

Residents continue to wish for a day when these climate change issues are treated seriously in the design and re-design of buildings. Given the available the abundance of scientific evidence on climate change, councils, such as Melbourne City Council, should be made accountable for their lack of realistic and measurable action to move away from token green wash in cities such as Melbourne.

The Manager of Urban Landscapes seems to know his stuff. His talk is to be complimented. But what is the point if this information is disconnected to the outcomes of planning and design legislation?

and then there is this article on predicting a rise in the number of deaths.

3 thoughts on “Cities and Heat”