The Rabbott government has moved quickly to shut down and to strangle so many progressive, financial, immigration, education, indigenous, disability, social welfare and climate programs, that it is difficult to identify which of their ideological decisions are the most dangerous to the future of this country.

Freedom of speech and the freedom from discrimination are both fundamental to our way of life. Yet these are now very much under immediate threat thanks to this inhuman national government.

Recently this piece was published by the think tank, Per Capita. The author, David Hetherington commenced the article with this headline: It appears that George Brandis’s campaign to protect freedom of speech at the expense of freedom from discrimination is about redressing a symbolic injury to the Right.

I agreed with David when he says at the end of the article: The concern is that Mr Brandis is moving on the Racial Discrimination Act to redress a symbolic injury to the Right rather than carefully balancing competing freedoms as the current Act does. Australians should be deeply concerned about this move. 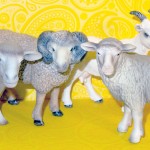 My deeper astonishment is that this is being done in plain sight with very little concern as media has generally been cowered into presenting only a ‘balanced’ view on such issues. This has translated to a complete lack of intellectual debate and the token raising of concern about such matters. These destructive actions by the government barely make the news as the media continues it practice of not following through on matters that may be seen as questioning the agendas of the Murdoch-Coalition Government-Church triumvirate.

With the appointment of the prominent free marketer Tim Wilson of the Institute of Public Affairs as human rights commissioner, the signal was sent quite clearly where human rights in this country is heading. Tim Wilson in an interview after his appointment spelt it out. To paraphrase: if anyone’s human rights are attacked by any media spokespersons, such as his friends the notorious shock jocks, then any individual has the right to argue back using words. That is, Time Wilson believes that any individual is able to defend their rights simply by using words. According to Tim Wilson, no need for legislation in such cases. So once Tim Wilson has adjusted the human rights commission, best of luck to the rest of us in dealing with any public attack by the shock jocks, the Murdoch empire and any of the other cashed up power elite.

A reminder. When Andrew Bolt was found guilty of attacking the human rights of some Indigenous peoples, the judgement was not just that he attacked them. The judgement was that his attack was based on incorrect information. This significant fact is not mentioned by Tim Wilson whenever he defends his colleague.

For more on Tim Wilson and the IPA – read this.

And if that is not enough, also read this article where Clive Hamilton addresses the IPA’s lack of disclosure on it funding sources as well as the mystery around the fact that it was granted tax-exempt status. This from an institute that attacks anyone gaining government hand-outs and government support, but meanwhile takes secret donations and is allowed to offer tax-exempt status to donors. Work that one out! Click here for Clive’s article.