A lot has been said about the allocation of $500 million to massively reshape the AWM’s building that will largely alter the purpose of this national institution.

To introduce my opinion on this complex topic, I didn’t select an image of a building. I chose an image about people.

The image above is of a presentation of more than 100 photographs at the beginning of a thoughtfully curated exhibition, “After The War”, that was at the memorial from October 2018 to September 2019.

The exhibition covered World War I to the present day. The curator used photographs of people and families involved, along with objects from the collection to illustrate the effect and the legacy of these awful conflicts on people.

This is what this institution does well – most of the time. There are some parts of the memorial where it is more about honouring the war machines. It is this approach to the War Memorial that seems to be the basis for the proposed grand make-over.

This should not happen as the reasons given are totally flawed and misguided.

The building is already more than fit for purpose, provided you agree that the memorial is not about the machines of war. As with the exhibition mentioned, it is a matter of leaving it to talented curators to arrange permanent and temporary exhibitions within the spaces already available.

There is already ample space to cover all the events relevant to the memorial. The concept of adding to the building to allow it to become more like a Taj Mahal for war toys is repugnant. 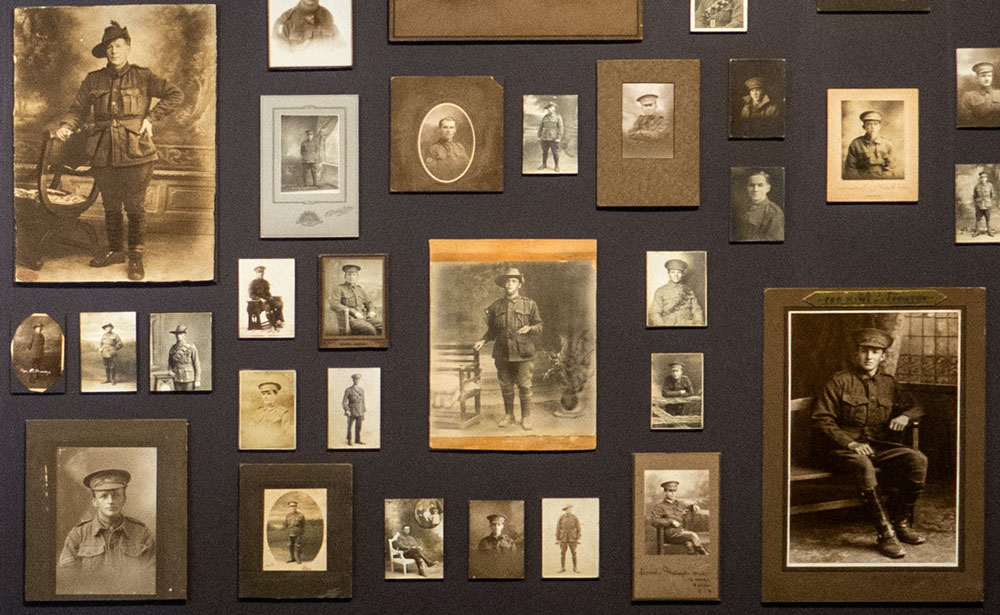 The spaces within the memorial that have kept a solemn nature are a testament to the skills and intellect of staff past and present. This solemnity dissipates when you enter other spaces that are more about the wonder of the war machines and about making noise to attract attention.

This conservative government was convinced by one of its own, a former politician, that the priority was to replace the new part of the building at the back with even larger extensions. Governments find money when they are convinced rightly or wrongly that there is a priority. If Veterans’ Affairs are not being funded appropriately, then more advocacy is required for that to happen. It is a separate issue.

The fact that other national institutions, the National Gallery etcetera, are being hit hard with cuts, is a separate and very serious matter for the culture of the country. These issues should not be confused with this politically driven and misguided allocation to change the nature of the memorial.

And mentioning politicians. They are a sorry lot. Alicia Payne, federal Labor, wrote an article in the local paper setting out the concerns of those who oppose the allocation of $500 million to tear down the new wing and to rebuild to cater for bigger war toys. She did a good job of summing up everyone else’s arguments. Unfortunately, she failed to mention where she stood. We therefore assume that Labor is sitting on the fence – again.

Then there is Senator Zed Seselja, federal Liberal, who popped up again to support a stupid decision of his government. The government is pushing ahead despite the overwhelming evidence of being wrong – as provided by professional folk across Australia who care for the future of the War Memorial as a place to honour people (not war machines). That’s Zed for you. He has made it his job not to represent common sense and evidence-based arguments.

The $500 million could be better spent.