Rhetoric alone is not climate action 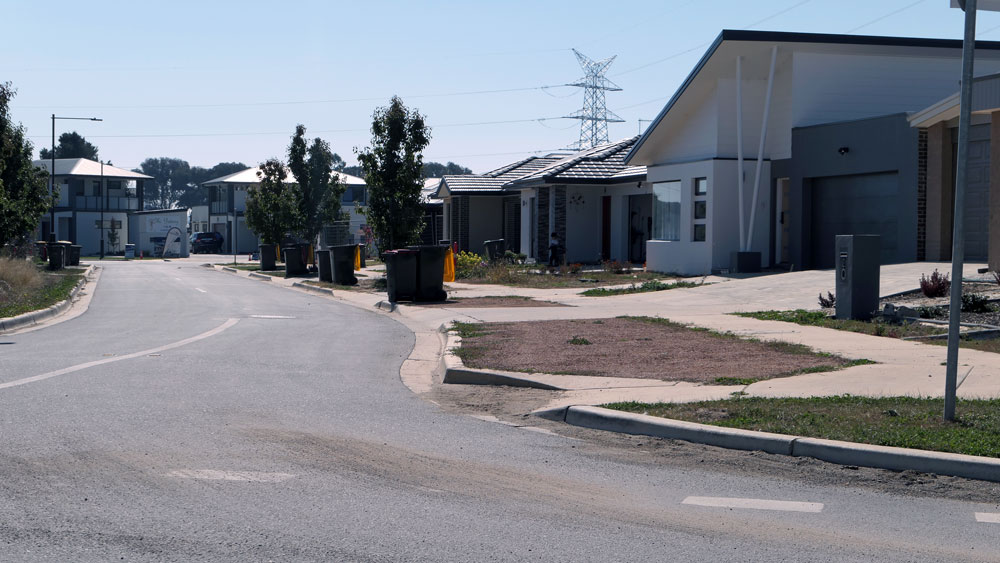 Once upon a time, Canberra tourism included views of tree-lined suburban streets. That was Canberra as we knew it – a city in a landscape. The ambience was greenery and open spaces.

Take a drive to far west Belconnen and you will see what a new Canberra suburb is looking like. There’s not a lot of greenery nor is there much space for shrubbery to flourish.

One plus is that there are street trees. Every house has solar panels. And we can be assured that they will pick up a lot of solar as there are few trees at this stage to shade them.

When the first sod was turned there was a picture of the Minister for Photo-ops, Yvette Berry, in a high-viz jacket alongside the head of the Green Building Council. The message was that this development was to meet a high level of environmental and climate standards.

Any criteria would have to be highly contorted to even pretend that what you see meets contemporary requirements. It takes a lot more than solar to be energy efficient and environmentally secure.

The ACT government became a partner in this large housing development that will stretch across the NSW border while it continues to extoll the questionable benefits of cramming apartment towers throughout the city. Having a bet each way?

Ginninderra Falls is to the west of the present development and remains within an environmental conservation zone. Requests from the Ginninderra Falls Association to ensure that there was a large enough buffer were largely sidelined.

Instead, up pops a new body – the Ginninderry Conservation Trust. Its governing body includes the developers, the government and community representatives.

The important conservation management work along Ginninderra Creek and the Falls should be undertaken for the longer term by the ACT and NSW governments and not left to property developers.

This is a suburb being built in the style currently favoured by developers and approved by the ACT government. There is too much monotonous grey and off-white with nothing resembling a touch of an architect’s creativity. The houses are squeezed on to blocks with little room for gardens and shrubbery front or back.

We have seen this before in other recent suburbs. The Labor/Greens government, as it has done with new suburbs for years now, raised expectations that things would be so much better. They haven’t provided a main shopping centre yet. Where have we heard that before?

The situation is that the government is a partner in the development while also the agency that approves development applications.

In this situation, how can the government do the right thing about design, conservation issues or ensuring the highest 21st century standards?

There was one positive from the drive through and the shock of seeing what the ACT Labor/Greens government continues to deliver for housing estates. That was the visit to the café at the nearby busy Strathnairn Gallery and art workshops where the lunch was yummy and recommended (open Thursday to Sunday). There’s also a shop with locally produced goods – worth spending a few dollars.