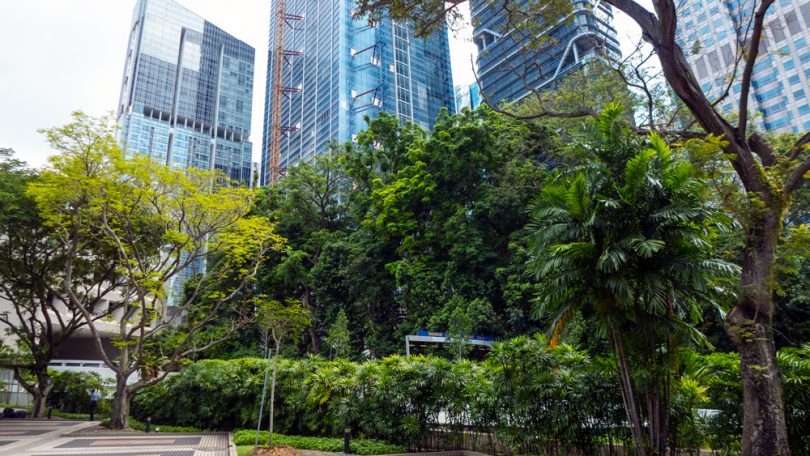 I have just spent three weeks in Singapore.

And it was here while enjoying life in a tall apartment tower overlooking the busy life along the river that I read online the latest wondrous statement by our Chief Minister on Canberra’s urban development.

Oh dear – and – you have to be kidding – were the first reactions. Surely he did not say that? Oh yes he did.

Some of what he said just does not make sense, while other bits are just inexplicably naïve.

Our Chief Minister has a questionable history in dealing with things around urban development, urban design and planning. He has a history of making strange remarks about different sections of the local population.

Following the 2016 ACT election, the view was that the Chief Minister no longer held the planning or urban redevelopment portfolios and so would be leaving such statements to his other ministers. Apparently not.

There are so many things wrong with what he was reported to have said. With limits on my wording for this post – I will deal with just a couple:

For instance: “You [can] go anywhere else in the world and they would laugh at you if you said a 12 storey building was high rise.”

Seems our Chief Minister is not aware that a huge number of locals travel and know a lot about other cities. As anyone who travels and observes city planning and/or architecture, many cities have restrictions on where high-rise can be built, many city governments work hard to maintain the ambience of precious parts of their cities and therefore insist on well-proportioned and human scale developments.

Maybe he has not travelled to many places or maybe he thinks that having been to Singapore a couple of times that they have tall buildings everywhere. Sorry – they do not. While they are an enormous amount of well built towers, many being great architecture, there are many other areas that are restricted to being lower buildings.

Then there was this: Chief Minister Andrew Barr has slammed the “small-town, backwards, 1940s mindset” of some Canberrans when it comes to height restrictions in the capital’s key town centres.

I am still not sure what he means by the 1940s mindset. Anyone who was an adult in the 1940s would definitely be not bothering much with such silly statements in 2018.

I suspect that this is another example of his commenting about an imagined homogenous group of older people – being older than him that is. Here’s news for the Chief Minister: People older than 45 years, being his age, have a diverse range of opinions on planning issues – that is ‘older’ people should not be treated as one class of people with one set of views on issues.

An informed approach to urban design / urban redevelopment would be based on a respectful attitude to all people as individuals, rather than seeing them as groups to be sneered at. We do not see much of this respect from this government. And by coincidence, we have not seen very good urban development outcomes for the last decade or more.

While there remain many other points that could be discussed, I cannot leave this one: “short, squat buildings that fill up all the available space” were not necessarily better outcomes than “tall elegant buildings”.

It is a sad thing that so many blokes in property development and in politics desire to have tall erect shafts of buildings as their legacy. Do they think that there is elegance to the many bland box towers presently being plonked in an ad hoc manner across Canberra?

Which brings me to a final point or two.

It is about planning! Time and time again people across Canberra have asked this government to resume real planning – as opposed to the pretend thing they now do. Singapore has a comprehensive master planning for the whole island and then localized planning for redevelopment of established areas as well as amazing detailed master plans for their new community developments.

They put these and more on public display at the downtown headquarters of the Urban Redevelopment Authority. I have visited this agency a number of times and always come away thinking – why don’t we do this in Canberra?

The ACT Government has failed by comparison. We are losing green spaces and most of the tall buildings are just boring.

Within Australian unfortunately Canberra is no alone in getting it wrong on development, planning, architecture and landscape design. There’s loads of good research on these topics so there is no reason for the ACT Government and its agencies not to have a good understanding of how to go about 21st Century urban development. Here’s one example of a good article written this month.

If this government could do something about delivering good planning, insisting good 21st century architecture as well as a comprehensive master plan that includes increasing the greenery and biodiversity, then we may be able to have a mature conversation about having buildings of various heights in locations where it makes the most sense.

Canberra had a reputation (in the 1990s – not the 1940s) as a planned city and as a bush capital (meaning loads of greenery). Is it too much to ask that we continue to develop and change along those paths rather than the present developer led delivery of more unfriendly built environments?

So please – stop insulting people, stop with the misleading spin and begin to deliver a healthy and attractive city – that could include architecturally interesting tall buildings and far more green spaces. Then we may begin to trust our politicians again.