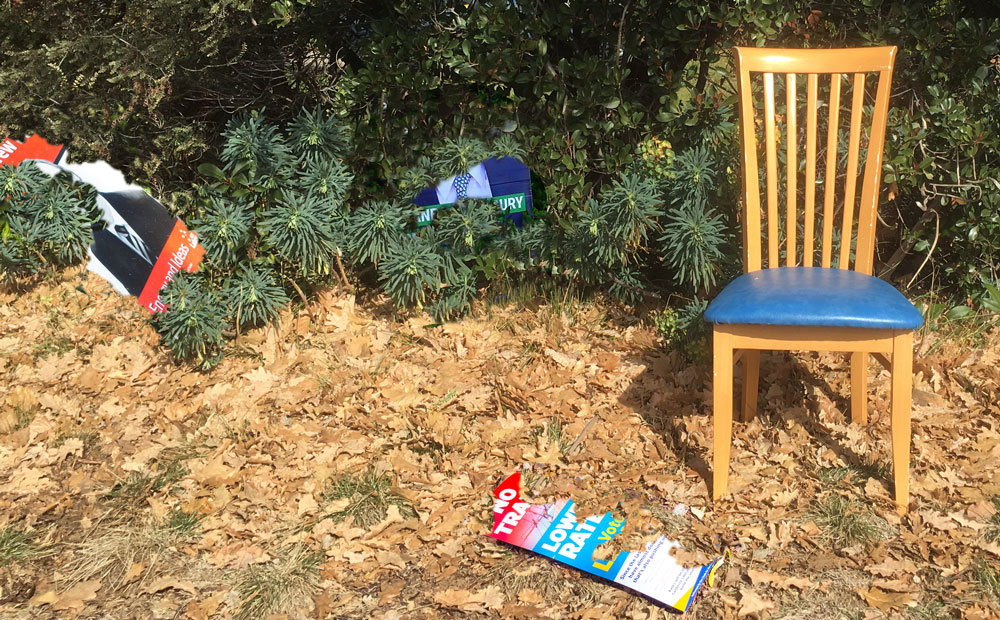 Next year on October 17, the date for the ACT government election, voters must choose a government for the following four years.

Given the views about current ACT politicians, the thought of being compelled to vote is a real dilemma. The leadership chair that trusted politicians should occupy is empty. Yet by this time next year, voters need to put someone in that empty chair.

Local politicians are seen as no longer representing or working with residents. Consider the response by a Gungahlin politician about doing better as a local representative. The issue was brushed off with the statement that, once elected, loyalties are to the “team”. He meant the Labor Party team not the local community.

Progressive Labor voters are worried that we could end up with another four years of government led by Andrew Barr and even more urban destruction by his band of barbarians.

Who could be a new Labor leader? Could it be the deputy leader, Yvette Berry?

She has a terrible record including clearing out social housing along Northbourne Avenue, an embarrassing record of not delivering supportive and social housing, and residents know well her unfriendly and tricky manner in how she rules that valuable community green spaces must be hijacked for social housing – to deal with the problems of her own making. Heaven help us!

Frustrations are expressed by Greens supporters.
The ACT Greens are part of this government and, by association, share responsibility for the mess being made of Canberra.
This includes the shameful planning that works against the residents, the questionable developments being approved and the reduction in trees and biodiversity (despite all the announcements to plant more – tree numbers are declining).
More shameful is the fence sitting by the ACT Greens. Where were the ACT Greens, being part of government for many years, as new suburbs were rolled out with minimal chances of real greenery and, therefore, maximum chances of huge heat islands.
Where are the Greens as the City Renewal Authority ignores logic and heritage while advancing inappropriate plans for West Basin?
The answer is they are going on about the car parks in the corner of the basin.
Where are they as inner-north residents fight for the enhancement of Section 72 Dickson for community, cultural facilities? No-one has heard from them.
And when Woden begs for more green spaces and for something resembling multi sports/community facilities along with more than token pop-up arts and cultural facilities – no action!
The ACT Greens received support from voters thinking they would add a more people-friendly and humane edge to the non-resident-friendly Labor politicians and their intolerant attitudes to residents.
This expectation was misplaced.
The ACT Liberal Leader dumps on initiatives to address the climate, talks down electric cars, backs false advertising about Labor and death taxes and joined other conservatives to vote on selling off the ABC.
As for the Canberra Liberals’ position on planning and development – nobody knows!

Progressive Liberal voters are in despair as the party leadership looks more like the national ultra-conservatives and most of the elected members avoid speaking up and pushing for actions on residential and suburban issues.

We now enter that time in the election cycle when ACT politicians come out from behind communications officers, bureaucratic spin-doctors and their other minders whose job it is to make it hard for residents to talk directly with their elected representatives.

Surely voters for the 2020 ACT election should not have to be eyeing off that vacant chair as the best alternative to the present political parties.

Somewhere in the fog of despair about governments and governance that engulfs this city, there must be candidates for the next election who can empathise with residents’ aspirations, be honest with residents, are genuinely capable of being representatives of the voters – and who refuse to be “team” loyalists.

The empty chair awaits them.