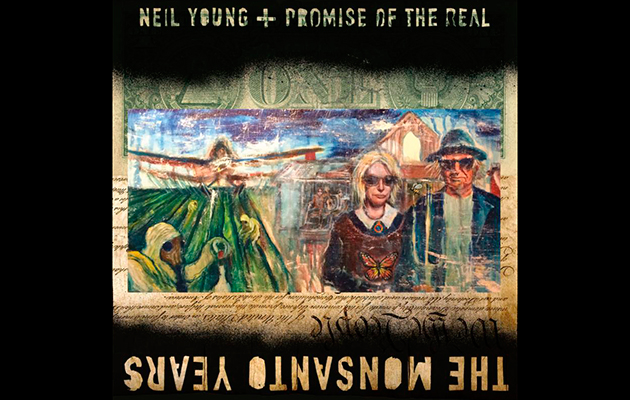 We have had Neil doing his thing in the booth – and I did not really take to that, and then we had the acoustic and the orchestral versions of songs on Storytone— and that was a mixed lot. At all times there is nothing to stop Neil doing what ever he wants.

This new album, with his attacks on Monsanto and the big corporates, is very much for Neil Young fans – as I doubt whether it will appeal to those no familiar of the music he has been making in recent years.

This is not Neil Young at his most originally musically. There’s a lot here that derives directly from much of the previous Neil Young style of grunge rock. But, that’s not the pint of this album. This is a musically rant at those things that Neil Young is very concerned about his country and corporate America – and that too many people are not prepared to stand up and do something about all that.

So my first impressions are that this will not be a great Neil Young album. But it will remain as a very public protest about how this world is being stuffed.

a footnote – as part of Neil Young’s protest – he has refused to show up at Starbucks for his morning coffee. What on earth was he thinking even drinking that stuff!! Get a real coffee.