A few comments about cars and people and design

In 2014, contemporary car design is fairly mundane. Most car designers are pumping out things that are not attractive. Cars today seem to be suffering from either a lack of design or have a combination of tricky features pretending to be some form of design. So many cars today are simply very boring.

Today in one of the newspapers one of the boyish reporters dared to list five cars that were listed as the most attractive cars. Click here. First there was a Ferrari. Attractive? Ferrari is an Italian icon that is made for the wealthy. Ferrari has had some innovative designs, but this particular model is fairly ordinary for this class of car.  Next was the Citroen’s DS5. Yes there are a couple of elements of this car that are distinctive, but really most of the design features are so common amongst so many cars of this size. The next, and staying with looking exclusive, we have the Aston Martin Vanquish Volante. Again it is attractive to a certain person who recognises the nameplate. The next one made me fall of my chair! The Range Rover Evoque is one of the more unattractive SUVs on the road today. But I have to say that most SUVs are ugly. But this one takes the cake!

Then finally we have the Audi A5. Yep it looks like an Audi. But unfortunately it looks like so many cars currently on the road. I can only guess that the reporter had his reasons, but I missed this one exercise completely.

So in summary, this reporter is saying that the only attractive cars are the super expensive ones that he would like to own. So the rest of the cars on the road have failed his test. These are the ones that everyone else have to drive.

Driving around during the day one soon gets to appreciate the current macho vehicles. Many of the larger SUV drivers appear to be in a permanent hurry and need to use their massive presence on the road to signal to others their need for speed and that everyone else should move out of the way. The worst examples of these monsters are the big black SUVs. These things are mostly driven by fairly boring males, but do not be surprised how many women have adopted these large cars and insist on a clear road as they too are in a hurry – so please move aside!

Once upon a time in the near past, the most popular car used to speed around the city was a particular Mazda. I think the drivers had been convinced by the Mazda adverts that used speed to promote the car. Today I suggest this behaviour has been replaced by drivers of VW Golfs. It seems that VW Golfs are now the cars to Zoom Zoom around town. Another very ordinary car. But hey! So many owners believe the VW adverts and think they are in something special.

The photograph at the top of this page was taken while I was waiting for a friend at the local shops. It occurred to me that when the Austin 1800 came out it was very popular but was seen as a bit of an ugly duckling. As it sat there in a row of very ordinary 2014 cars, it was the only one to provide any hint of design. The 1960/70s Austin looked proud alongside the other boring heaps of metal.

Another story from driving home recently. The traffic was slowed being around 5.30pm. The cars moved slowly and at times just a few feet at a time. I was alongside a brand new grey Porsche. Windows were open as it was very pleasant evening. Suddenly the Porsche driving, in raw Australian bogan slang, yelled: Come on you fu**wit, get Fu## moving!. This quickly followed by: Come on Wanker, get Fu##ing moving!!. The car in front, an older ford, had failed to move a few feet forward as the traffic had stalled again. But that was not good enough for the Porsche driver. Any notion that Porsche drivers were more civil was instantly out the window. But the best bit was that the driver in front was completely oblivious to the verbal attacks. And as I passed in the other lane, I had a good chuckle. The Ford driver was a police officer. Oh how I wished I could have stuck around to see if the Posche driver tried it again. I have since changed my idea of the usual Porsche driver/owners.

So what is an attractive car in 2014. I ponder this often as drive around and I have to say that in 2014 I would probably withhold any such award. Car design is presently at a very low-level. Shame as in previous years there have been some gems. 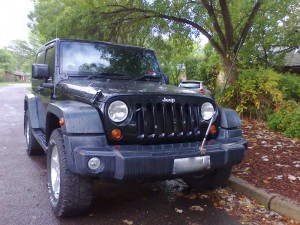 But here is one ugly beast that has found its way our streets. This is a truly ugly thing. But some boys to love them. Of course.