Reason to go for a wander 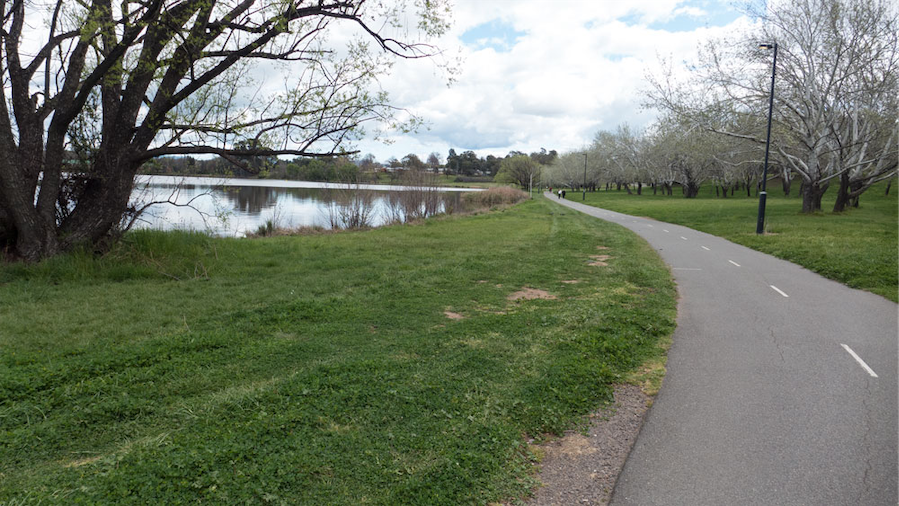 This piece is addressed to the ACT Greens & its members

That is, anyone left in the Greens who remember what the Greens used to value, Labor members who recall when Labor used to stand with residents against barbaric developers and corrupted governments, those Liberals who want to honour Prime Minister Menzies’ achievements when he fought the bureaucracy to establish Lake Burley Griffin and, lastly, those who wonder why West Basin is worth fighting for.

Visit West Basin on the weekend (easier parking) and meander west till you get close to the National Museum end, then turn around and wander back. Admire the trees, the open spaces, listen to the animals in the reeds, take in the views, watch the bird life and the ducks and swans and enjoy the ambience of a significant green, open space.

The parklands are not maintained. Those responsible for this neglect now have the audacity to portray this valuable green heritage asset as something requiring development to make it vibrant and activated.

Only urban-development bureaucrats could use such weird and twisted logic.

The Greens have joined with Labor and the NCA to see established trees bulldozed and biodiversity disrupted. Bush Capital be damned! And the Greens still claim to care for trees and biodiversity. Does anyone believe them?

I do not have enough space to quote all the misinformation used by the bureaucrats who churn out the spin about West Basin. The serious worry is our elected politicians fall in line with the bureaucratic rubbish and treat their prepared statements and talking points as having legitimacy.

Here are some of the words of the City Renewal Authority’s chief about the destruction of West Basin:

Most of this is, at best, misleading and arrogant. This government’s consultation processes are based on not-negotiable decisions. People are then allowed to make comments – with little expectations of changes.

West Basin is overdue for the light-touch design approach – not destroyed to become hard-surfaced plazas with residential towers.

The placement of Civic away from the foreshores remains a historic planning mistake. It will probably never be joined to the lake. But it does not follow that a new suburb needs to be constructed on West Basin.

This is a project being pushed so that bureaucrats can do a version of what innovative designers did for South Bank Brisbane – which was great for Brisbane, but unsuitable for this location.

Unless there is recognition by the next ACT government that a serious culture change is required within planning and urban development, future ACT politicians will continue to be led by the nose to sign off on barbaric planning nonsense by bureaucrats skilled at gaming their not-so-bright ministers.

West Basin development has been the outcome of such a bureaucratic planning disaster. Will Greens’ leader Shane Rattenbury cut the ribbon and pop the champagne as the old-growth trees are felled?

The memberships of the political parties need to awake from their naive slumber and insist that the City Renewal Authority’s plunder of West Basin stop and that the lakeside parklands remain (in an enhanced form) as part of the city’s heritage and its future.