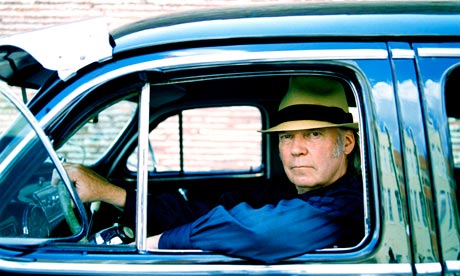 Neil Young has entered into a war of words with Canada’s Conservative government, accusing officials of “killing” First Nations through their exploitation of the Alberta tar sands. The Toronto-born singer has exchanged verbal volleys with the office of prime minister Stephen Harper, who replied that “even … rock stars” rely on oil.

Young made his initial comments during a press conference on Sunday afternoon, ahead of four gigs benefiting the Athabasca Chipewyan First Nation’s legal fund. “People don’t realize what [the tar sands] looks like,” he told reporters. “It’s worse than anything you can imagine … It’s the greediest, most destructive and disrespectful demonstration of something run amok that you can ever see.”

Neil Young asked about staying out of politics (seriously!)

Jian Ghomeshi sits down with the Neil Young and gets an earful.