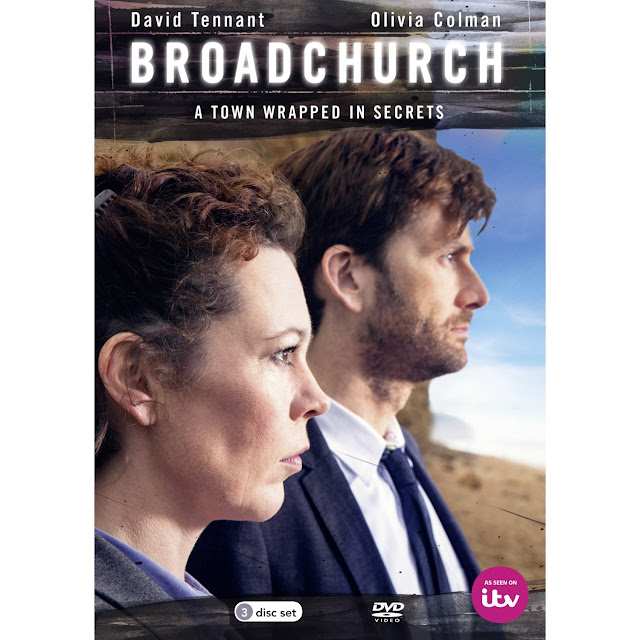 A fascinating program on several levels.

Take a small fairly isolated English 21st Century town and explore the characters, their interactions, and their secrets, or more accurately those things not talked about especially to outsiders. And then throw in a newly arrived police detective with a cloud about his past, and then throw in one of the worst crimes. A child is murdered.

Yes this is very good television. I watched the DVDs over a period of a week whereas it was obviously made for weekly television. They did a great job of keeping the answers (who done it?) secret and this apparently caused quite a bit of chatter as the program finished in the UK.

We see  David Tennant  acting with his real accent as opposed to the international version we saw in Doctor Who. And not to neglect mentioning the key role played by Olivia Colman.

The writer may have tried too hard to complicate things; for example having the detective (David Tennant) suffer a strange illness was bit superfluous to the plot. The media (newspapers and TV) does not come off well in this program. Fair comments on the current poor state of journalism.