Jackson Browne – standing in the breach

A new album by Jackson Browne is gathering plenty of positive reviews.

It is great to see established singer/ songwriters being relaxed in his approach to music so that he brings together an album of new and original songs.

Here’s one review with links to videos – click here. 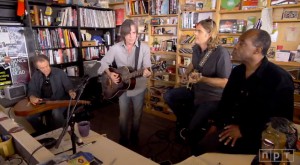 and one track from the new album – from YouTube: