more news about our friends, the Banks! 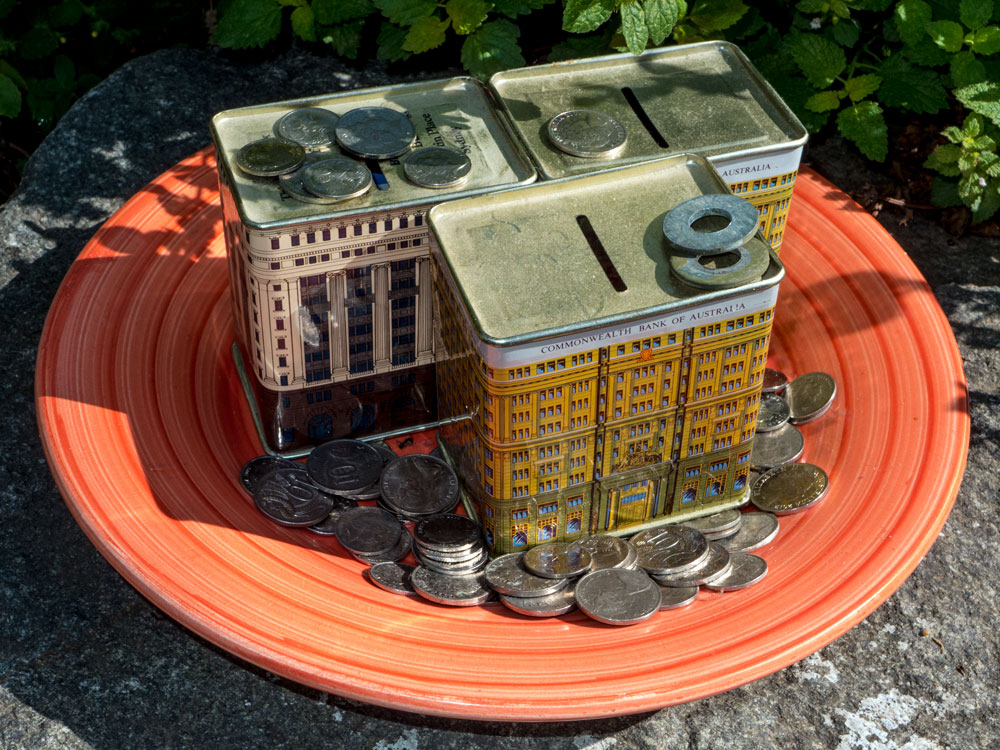 Amongst the news items in the last week was the report on the enormous profits by Australia’s Commonwealth Bank. This one slipped through while the media was taken up with all the usual superficial distractions.

The Commonwealth Bank’s news would not have made many feel good as they watched their own bank costs constantly grow. The Commonwealth Bank reported that its first-half profit has surged 16 per cent to $4.2 billion, helped by cost cutting. click here

This was in the same week that our glorious and humane Treasurer lectured the nation that the ‘age of entitlement’ was over.

For most people this announcement did not mean the same as the treasurer probably meant it. It was interpreted as being that the age of entitlement was on the increase for the Rabbott government friends and rich elite, while the ranks of disadvantaged were about to be joined by even more hard-working people of Australia.

There is little doubt that the present Rabbott government has commenced a process to make it even easier for the privileged few, government allies in business, to rip more out of the environment while they still can and in the process also manipulate any system possible to all their market forces to deliver even higher profits.

But all this gloom is totally put in place by the news from the USA on the new games being played by the US banks. Not content to manipulate the money markets, cynically called allow market forces to deliver,  the banks have now jumped through a loop-hole to now control many basic commodities. They have been making purchases of commodities, warehouses, ships and distribution networks to completely drive up prices at their whim.

The story is a long one but is very worth the time to read and to take it all in. Here is the link to the full story in Rolling Stone: Click here.

a follow-up by the same author on the shamelessness of these bankers – click here. Sadly there are many people in our society, at all levels, who have no shame about their cruel, dishonest and uncivilized actions and how these directly impact on others.