Ripper Street, season one and two. 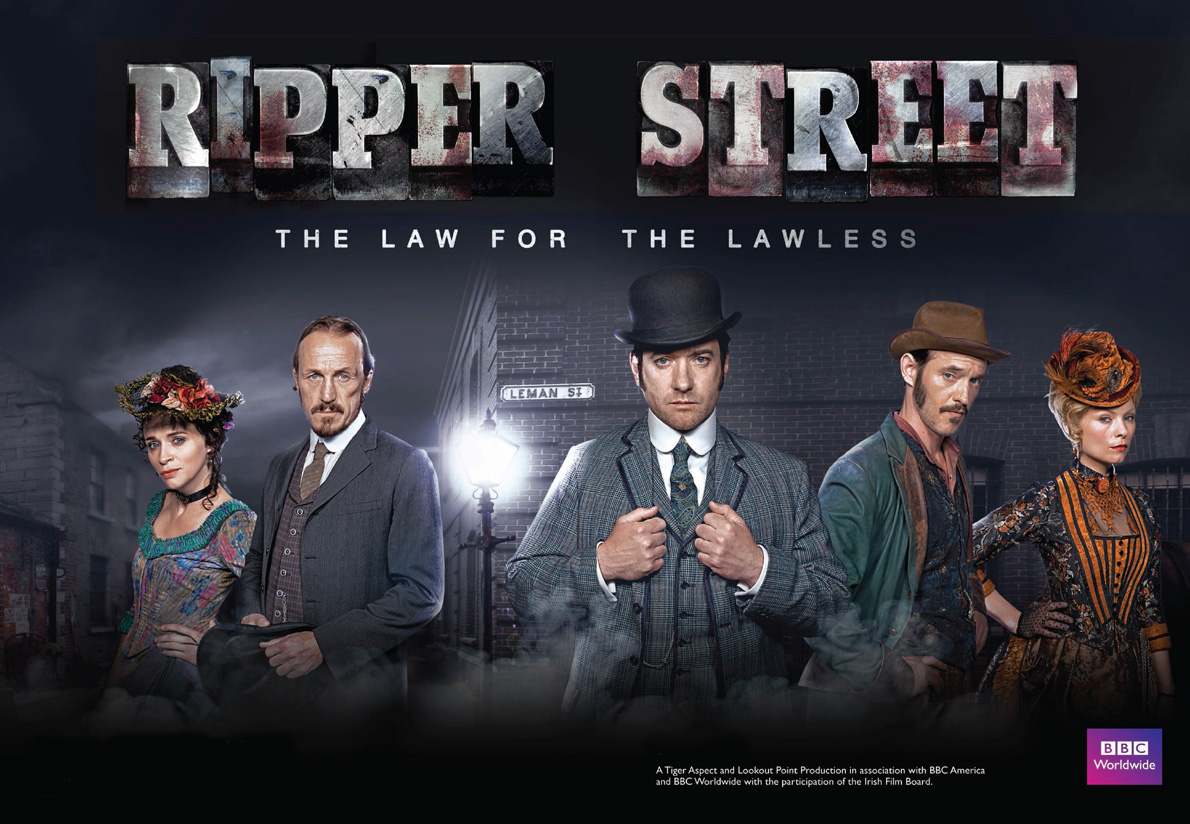 This series I fully recommend. I have just finished watching the newly arrived season two, and can say that it follows on well and improves on the first season.

The programs setting has a lot in common with atmosphere of an American city in late nineteenth century. Add to that the goings on in East London after the Ripper murders, complete with some insights into the latest technologies that have surfaced in London, and you have the setting for this series.

It is quite blokey. The three leads actors being male and they are supported by several others and a couple of women. The mix does work and the plots are well structured.

During the first season I did get a bit tired of the need to revisit some secret in the main lead’s history and to work through the pains of searching for the answers. However, this does not take away from the main game.

If you are familiar with and enjoyed any of the wonderful Canadian series, The Murdoch Mysteries (review to follow), Ripper Street could be described as being as similar except that it is far grimier and less polite. The common thread is the evolution of technologies, and that the main characters are both well read up on things.

The other commonality is that the detective is assisted by a the forensic work in the mortuary. In Murdoch by a woman doctor, in this by an American who has medical qualifications but has run away from the USA for personal reasons.

As I said earlier, it is gritty and many of the scenes are of the worst of East London in 1889. In one episode we witness the building of the first tube tunnels. Bad luck about those who happened to live or work along the chosen route for the digging. In another developers are at work buying up blocks and dealing with any opposition; so nothing has changed there.

While there is a continuing back story or two, each episode has a discrete plot to be worked through.  A good thing.

Point of interest is the costuming for the lead character, the detective. His suits are of very interesting cloth. Over the whole two series, the suits continue to be of an interesting cut and wonderful material. What happened to style and design in that we ended up in the late 20th and now the 21st Century with the boring things we call suits today?

The program is not another Jack the Ripper story. Thank god! The stories start in the wake of these with tense atmospheres around Whitechapel, especially as Jack was still out there somewhere. The police force is still working through how it functions and there are still a few too many uncivilized methods used to extract answers.

It is a good series, produced by the BCC.

Sadly the BBC decided to cancel the series after season two. Reading online I can see that some commentators were furious that the second series was programmed at a silly time and therefore lost viewers. This loss in viewers was used by the BBC to justify the cancellation. There is some talk online about the makers having approached Netaflix about making the third series and there has been a campaign of complaints about the program being cancelled.