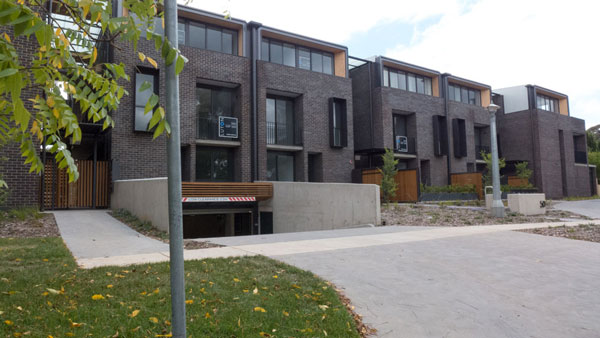 Do we have examples of good residential architecture in Canberra?

I would say that we do – but they are very few in number.

Knowing my interest in this, a friend alerted me to a new TV program on architecture being piloted here in Canberra. The first was shown last Saturday afternoon (not sure why at that time).

The program, ‘Pushing the Boundaries’, was on Nine at 4.30pm on Saturday. The next episode is this Saturday, 13th May. It is being broadcast only in Canberra.

Two locals are the program’s hosts, being David Clarke and Catherine Townsend. They looked at five homes in a list of ten that are being judged. The next five will be introduced this Saturday.

The program focused on modest dwellings rather than what we see on ‘Grand Designs’ where they are often far too grand and expensive for mere mortals to consider undertaking.

In this program the houses were serious renovations, a set of new apartments, and even a well-designed new house out in a suburb that is otherwise occupied by supersized boxes on small blocks. 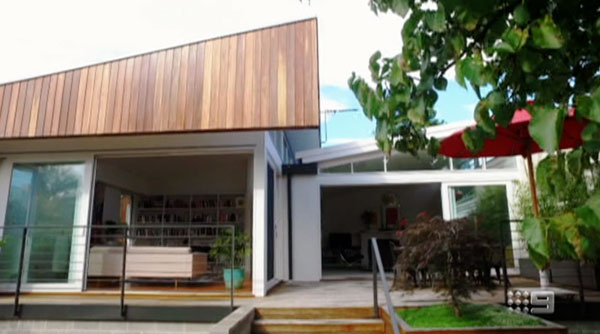 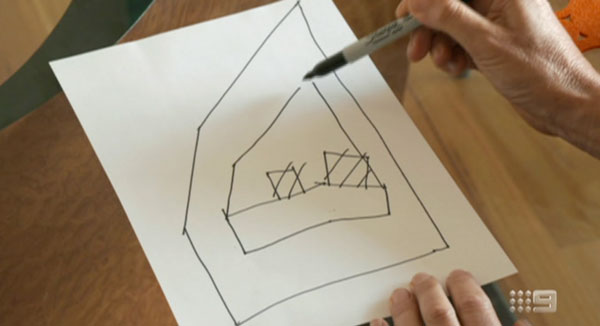 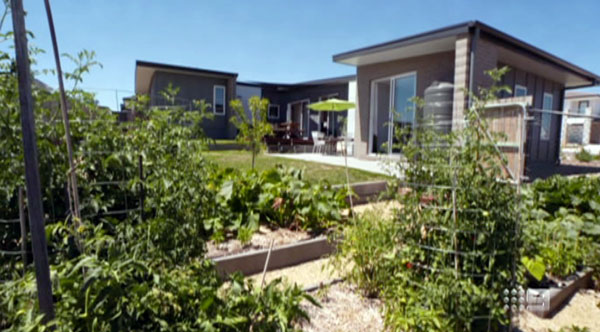 I did find that we were wizzed through them too quickly. It is a half hour program and given the number of advertisements, there was not time to take in the details of what was being bragged about.

In these sorts of programs, details mean everything. Otherwise it becomes superficial spin with architects talking to architects about how wonderful things are and the viewer just has to take their word for it. (well that’s what they hope)

I am still taking in a few of the statements such as one architect/developer justifying that three houses were knocked down to be replaced by 24 apartments. Statements were made that the ‘new apartments provided social and environmental sustainability’. I was not convinced – and am not sure what social sustainability means.

Apparently these apartments were roomy and had cross ventilation. As they said this, the apartment they were in looked more like one of those thin corridor-like motel rooms (rather than roomy) and there was no evidence of what made for the ‘cross ventilation’. 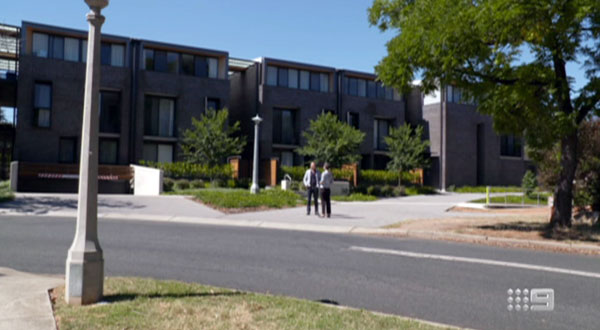 Yes they look attractive on the outside (much better than the usual cheap boxes), but the developer was not really interrogated by the host as to what made them so wonderful inside.

In another house there were no curtains on any the windows. The reason given (by the architect) was that the rooms did not overlook any neighbours directly. Not for me – as that would mean bright direct sun early in the morning! And I could not see whether they were double-glazed – and it was not mentioned. With no curtains and no double-glazing, that would be a big negative here in Canberra.

While they did talk about the placement of the houses and about catching the northern sunlight – and in one case about an insulated roof and well-sealed house, nothing was said about double-glazing, how it was heated/cooled, and not a lot about landscape design.

Now for a pet dislike. The program intro music is terrible! It is the type that is used in corporate promotional videos. It is noisy boppy crap. Very annoying!

Back to the positives:

Good presenters, both of them. Good to see local modest residential architecture being hosted. And wonderful to see the success stories by local architects.

Anything that promotes good design – has to be encouraged.

However the local architecture hosts need to maintain their own credibility by encouraging makers of the program to allow for more details to be discussed. The hosts should be asking real questions (not just smiling), and the program needs to show how houses and other buildings address climate change. If they do not do this then it will be a simplistic lifestyle program rather that anything to be taken seriously.

Good architecture that builds for climate change can be done, as is being demonstrated in this new child-care centre. The standard of the build for that centre should be the standard for all new buildings – and then the costs would come down to use such materials.

Did the program push the boundaries? Not much. Despite that, would I recommend it?  Definitely.

I think I would rate the program (so far) about 7 out of 10. They could do a lot better.

I have heard that there is a national version to follow later in the year.

Do have a look at (or record) the program next Saturday, 13th May at 4.30pm on channel NINE in Canberra only.

And if you watch it next Saturday– let’s have your comments on this post after that.

and to watch the show: