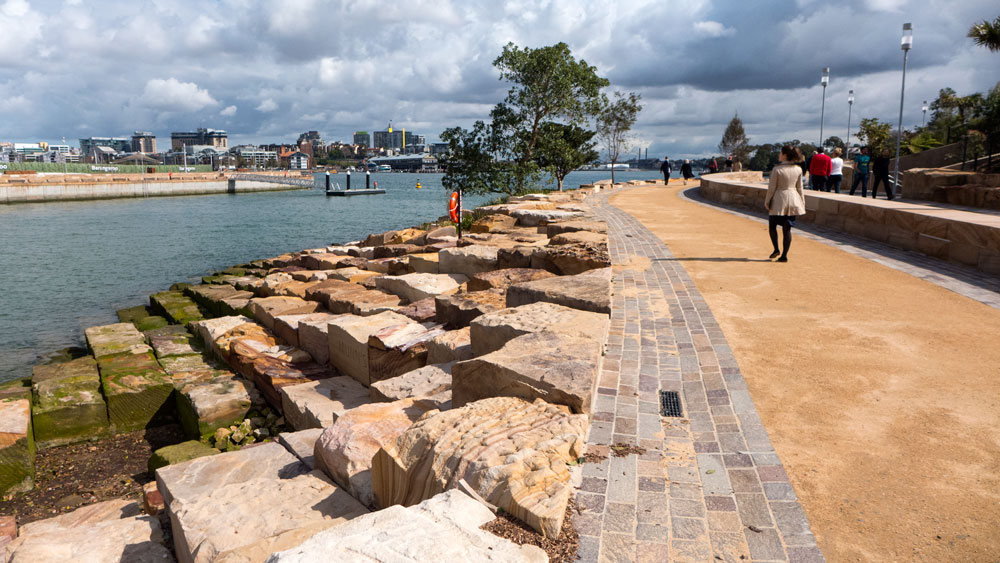 Barangaroo Reserve, opened to the public in August 2015. It was immediately greeted with much enthusiasm and was declared a success.

This park has come about through controversy. The story of worth repeating:

The winners for the design of the whole site (East Darling Harbour) were announced in 2006.  Having won the architectural team then expected to get the subsequent contracts.

Unfortunately for them, several other key public figures were not happy as they saw the winning design as being not relevant to the site. In particular the former prime minister, Paul Keating, went public and opposed the winning design and demanding a different solution, particularly for the headland (now Barangaroo Reserve).

What followed was a public battle. The Sydney metro architecture club attacked Paul Keating and poured ridicule on his aspirations for the headland.

Paul Keating argued that the point should be returned to more natural bush land as would have been present in the early establishment of the original settlements. This was laughed at by the professions.

Paul Keating even met with some of them but came away not impressed with their knowledge of major parklands internationally.

Paul Keating won the first round and was appointed to the committee to oversee the design. New architectural teams were appointed.

Somewhere through this stage the new architectural team proposed design solutions that again upset Paul Keating. He stepped down from the committee. What happened next is complicated but the short version is — a new design team was appointed mainly led by an overseas designer. They delivered on Paul Keating’s dream for the headland. And so this is what we have today.

The story about the major buildings for the southern part of the site is a another and very murky story. Sydney needed another Casino?

I visited in August, a couple of days after the park was declared open and was very impressed. 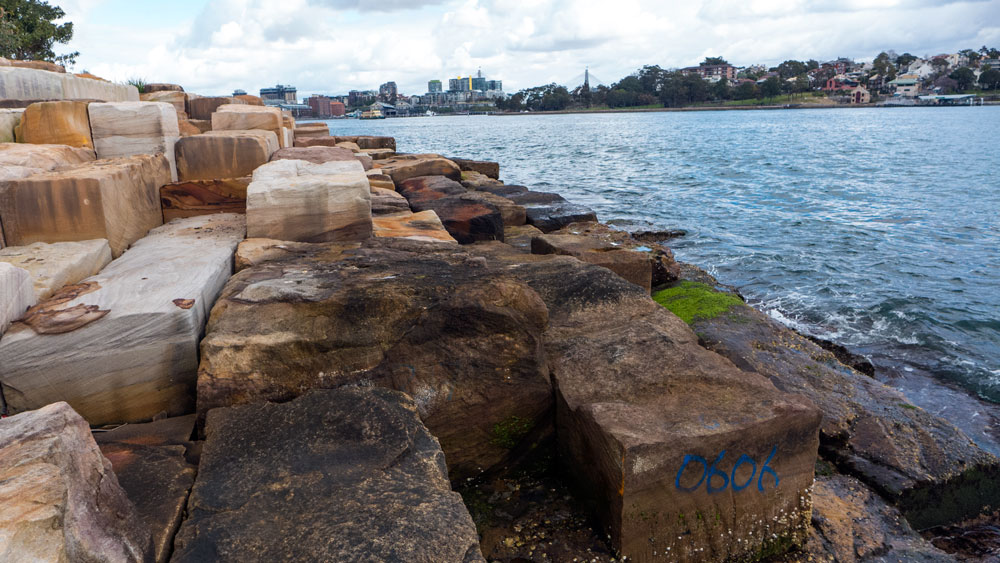 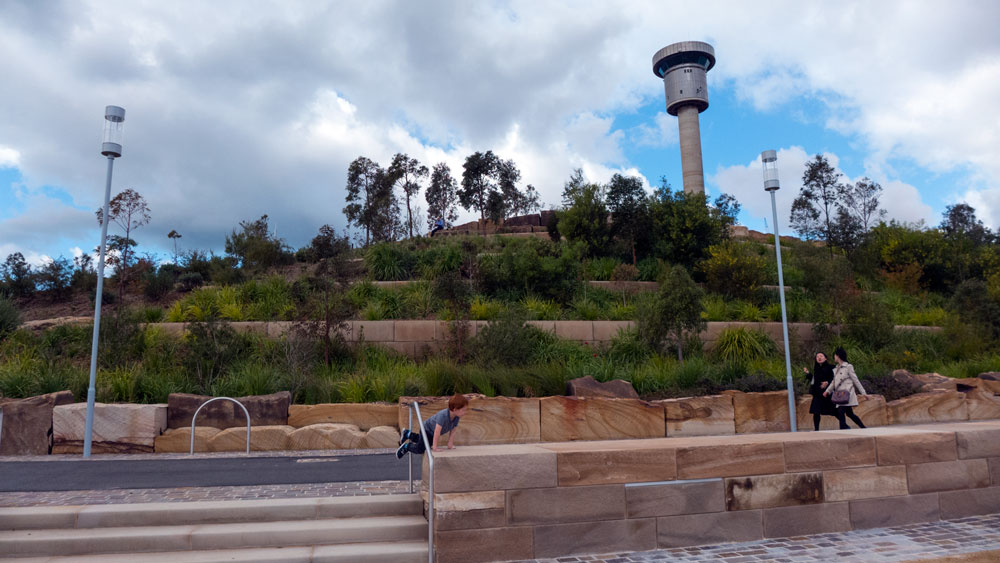 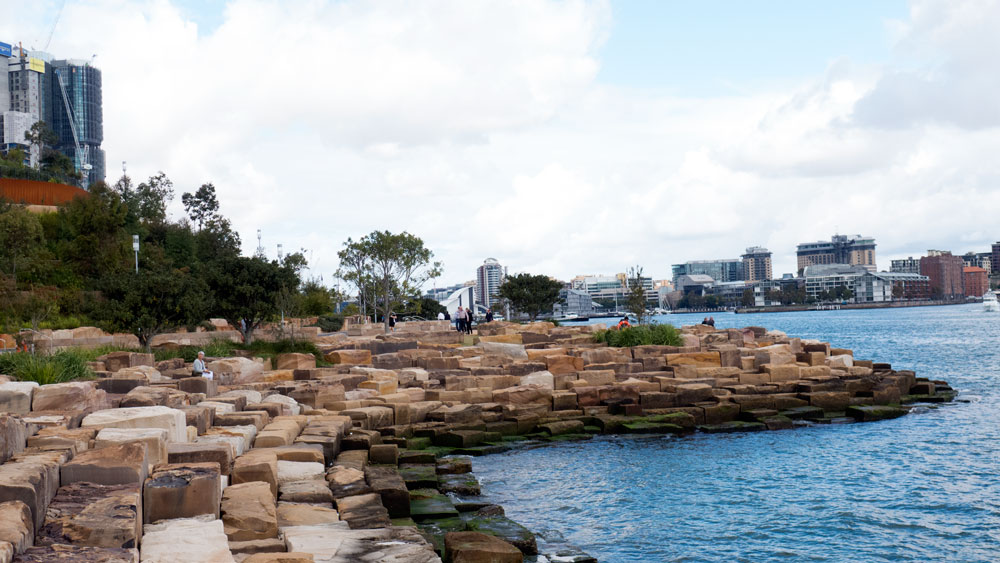 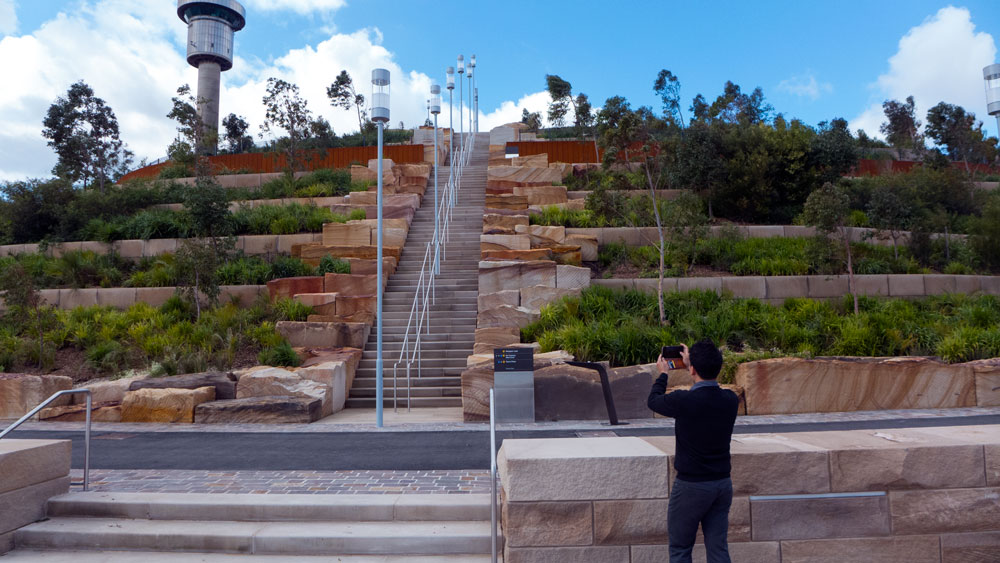 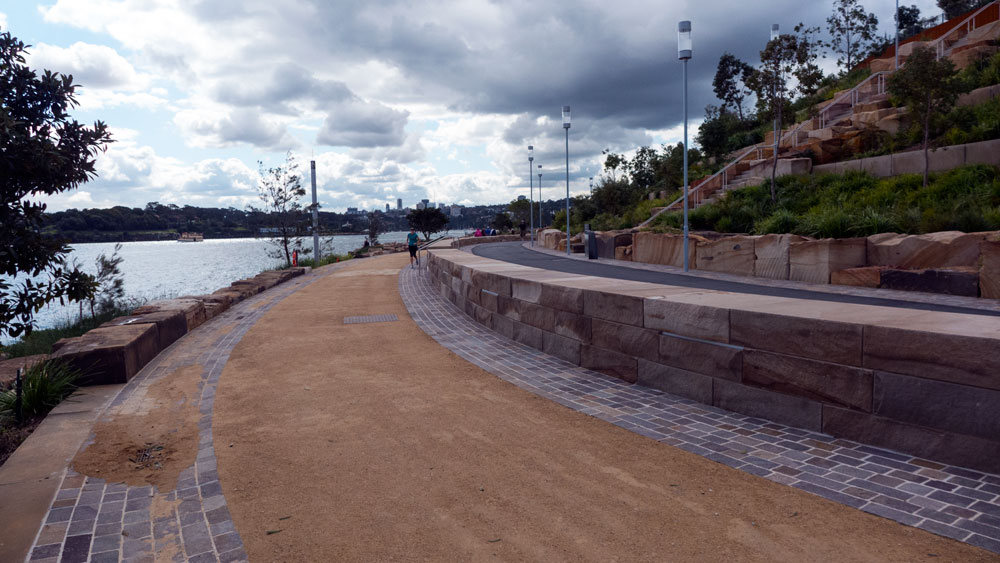 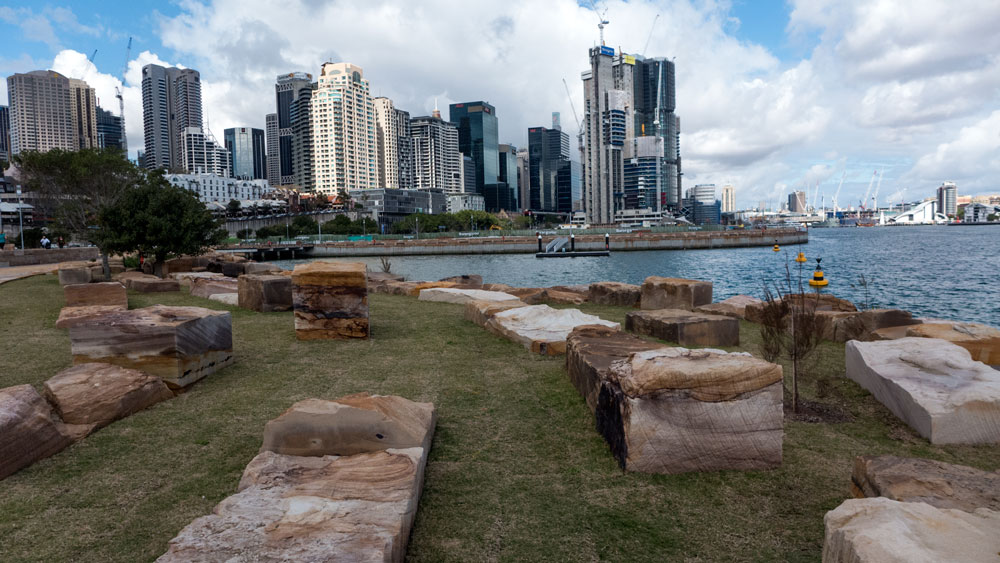 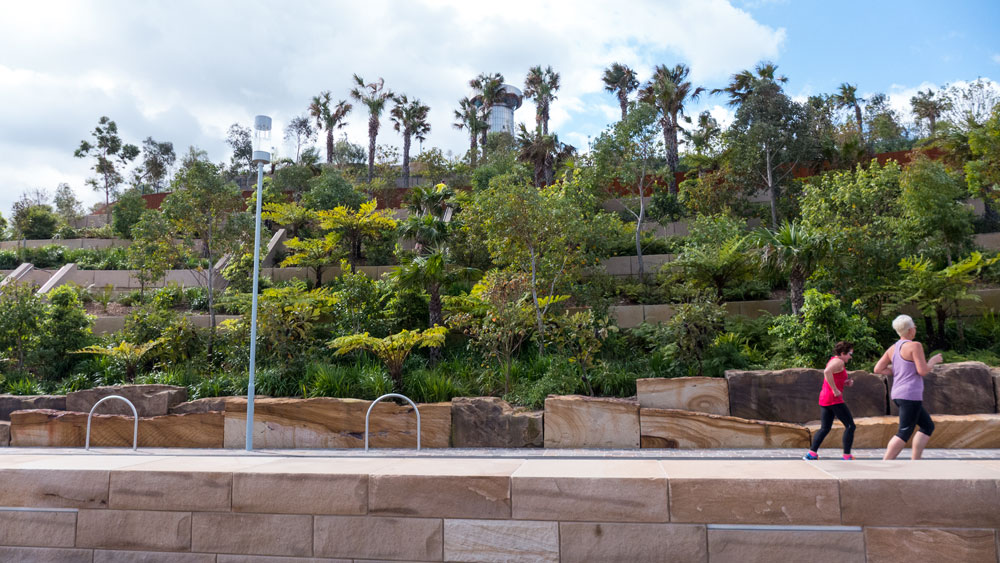 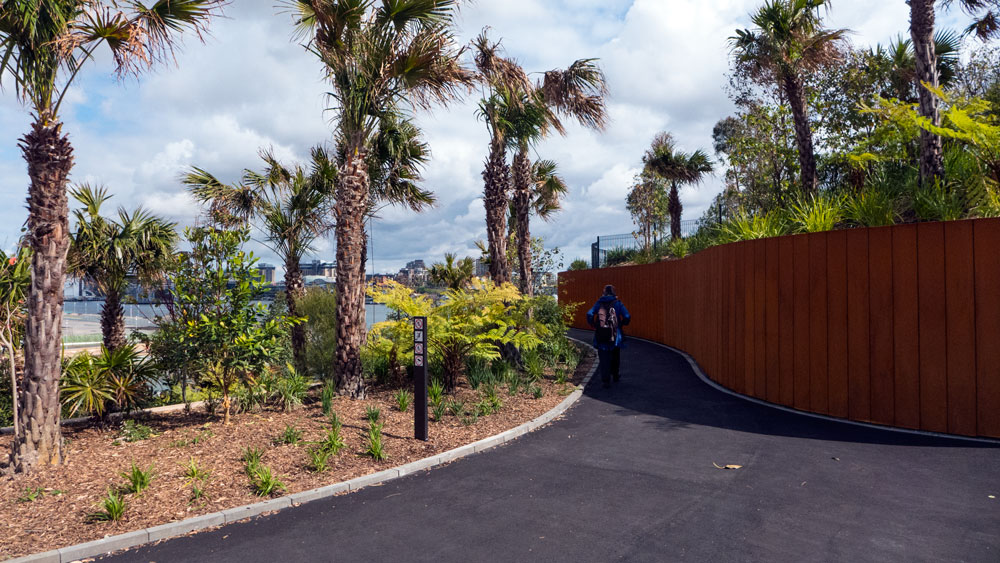 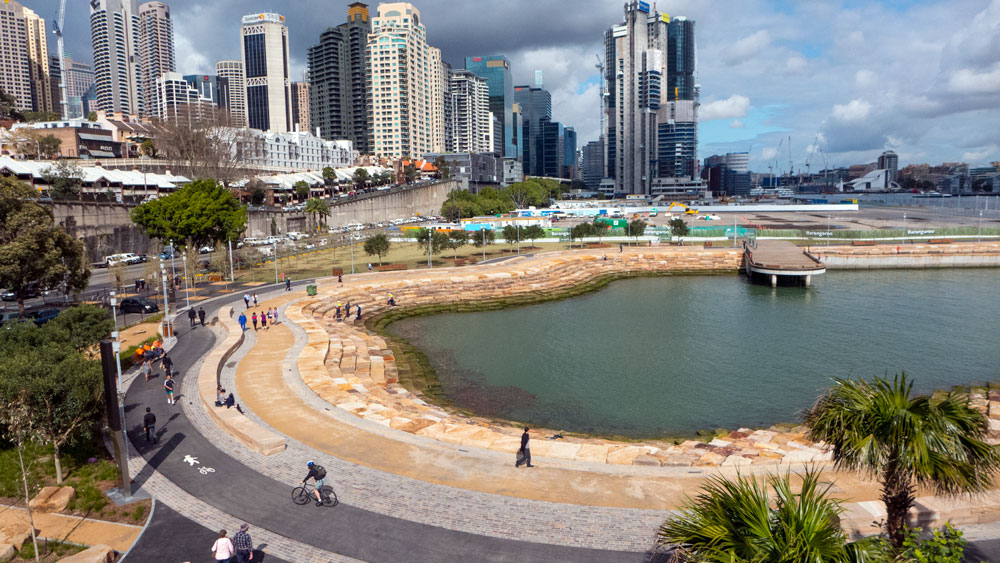 To quote more or less quote my own words from a former posting:

I welcomed the intervention of Paul Keating.

I suggest that over time thinking people will agree the Paul Keating was correct in his wish to have a more accessible and open design for this important parkland. I also welcomed the idea of using locally indigenous vegetation for the parkland.

I am aware that people who agreed with Paul Keating’s comments and ideas were the subject to some pretty nasty attacks. I am glad that these attacks did not triumph and that good sense won out.

Such bad behaviour did not deserve to be rewarded.

Public bullying is often used by such people and this behaviour is to be condemned.

Meanwhile, the parkland is to now opened as Barangaroo Reserve. Yah!

But the locals are reluctant to praise it despite it being such a success. In one article the writer talks about what is not there. Even talks about the architectural structure that the second team tried to get built in the middle.

As usual architects cannot help themselves, they tried to have a big architectural thing instead of the subtleties that this park required. In the end Keating won the day and the architectural lot did not get their say. Good!

Sydney now has a new central and harbourside park to be enjoyed. It is worth the visit just to see the views of the harbour. It will take several years to mature, and will then it should be amazing.

Here’s a link to the official site – click here