The next Northbourne Avenue 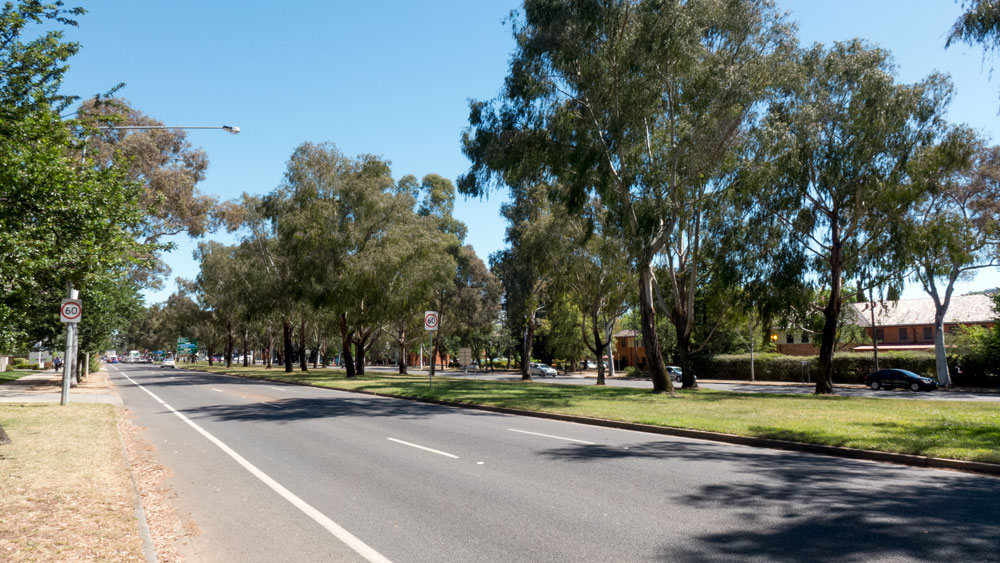 The main road into Canberra from the north has been the topic of much debate following the ACT Government’s announcement that it is build a light rail with the route being from Civic to the newer suburbs of Gungahlin. In the wings sits the developer lobby as this transport initiative would provide the final green light for the major intensification of the commercial and residential buildings along the full length of Northbourne Ave

On the one hand there are those who argue, and I am one of these, that the next refurbishment of Northbourne Ave should not be a simple case of the engineers and traffic ‘experts’ having their way again with another piece of Canberra’s infrastructure. 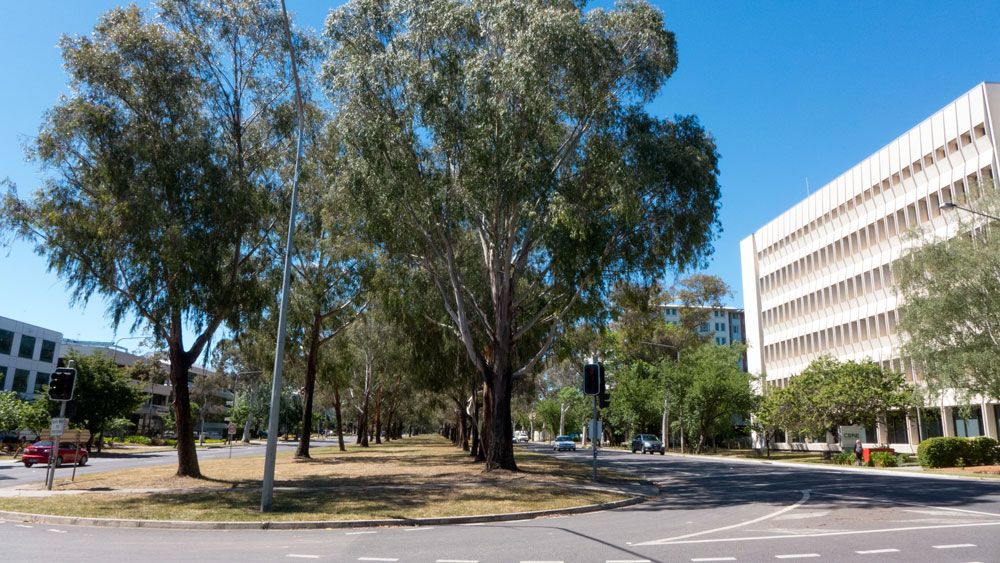 This initiative must be based on dealing with the needs of green infrastructure and the adaptation for climate change. In order for this to happen the project from the outset should  led by a special landscape designer team; and even here there are some usual suspects that I could name who should be not allowed anywhere near such a project.

This project requires a special sensitivity and are very keen understanding of the sense of place as seen through the present and future generations of Canberra citizens.

The challenge is for a different design solution that delivers an equivalent tree-lined entrance as well as allowing for the light rail, cars, bicycles and pedestrians. 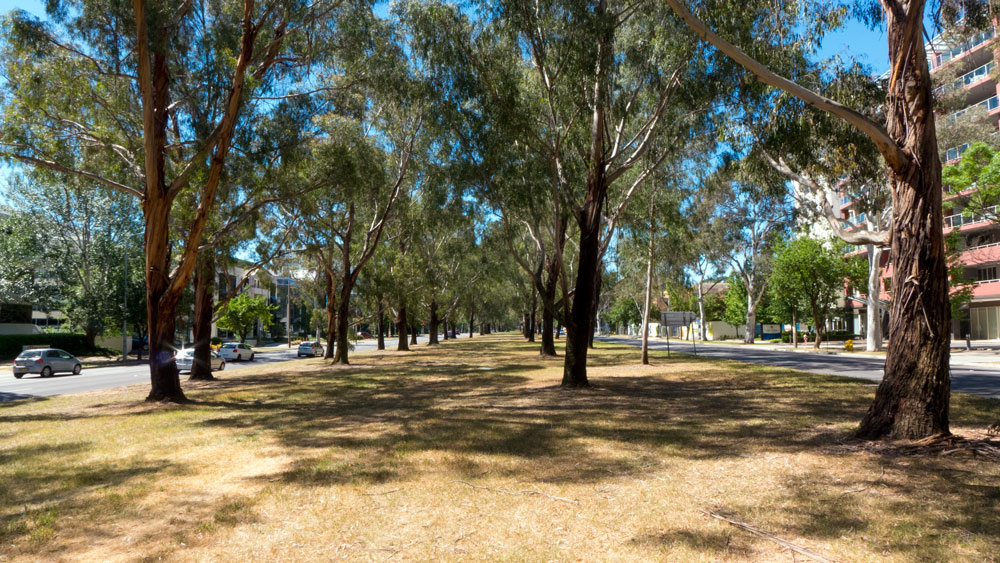 The planning for the light rail introduces all sorts of bold opportunities for new amenities along the route and for this area to be become not only a transport route but also a linear park that links to others throughout the inner north. The new Northbourne Avenue must also link into other green infrastructure initiatives and linkages that need to be developed in the adjoining suburbs along the whole route. To encourage people to walk, cycle and to join up with the light rail, the adjoining infrastructure will be as important.

Once these priorities are worked out, then and only then, should the planning start to consider the redevelopments that could happen along each side of the avenue. The property council types need to be kept at bay until some guiding and development principles are set in stone to guide the future of the important piece of green infrastructure and transport route.

My concern is not necessarily for the present 420 trees but that the replacements are as beautiful, as dominating and maybe even more in number. Why stop at 420?

All these pressures can be addressed.  Have a look at these images and imagine the possibilities if the whole width of the avenue is put on the table to be reconsidered.

The intelligent move will be to treat Northbourne Ave as a clean slate whereby a new set of design solutions are to be developed. 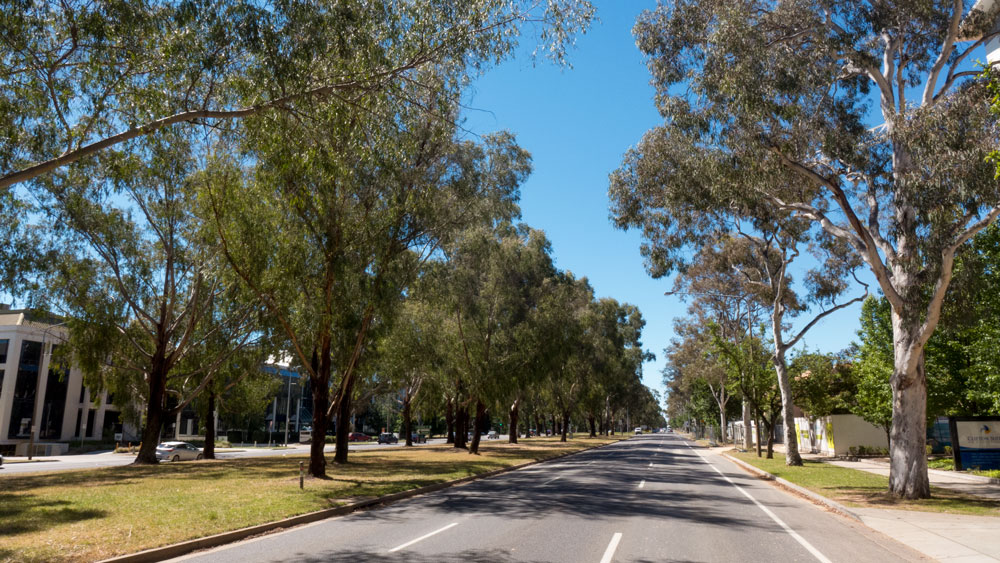 This will require expertise outside the usual architectural suspects who have delivered some of our landscape works of late.

The design of a new Northbourne Avenue entrance to this city will require very creative landscape-oriented thinking.

This is an important part of our green infrastructure. Keep it simple, subtle and the emphasis on landscape and people. 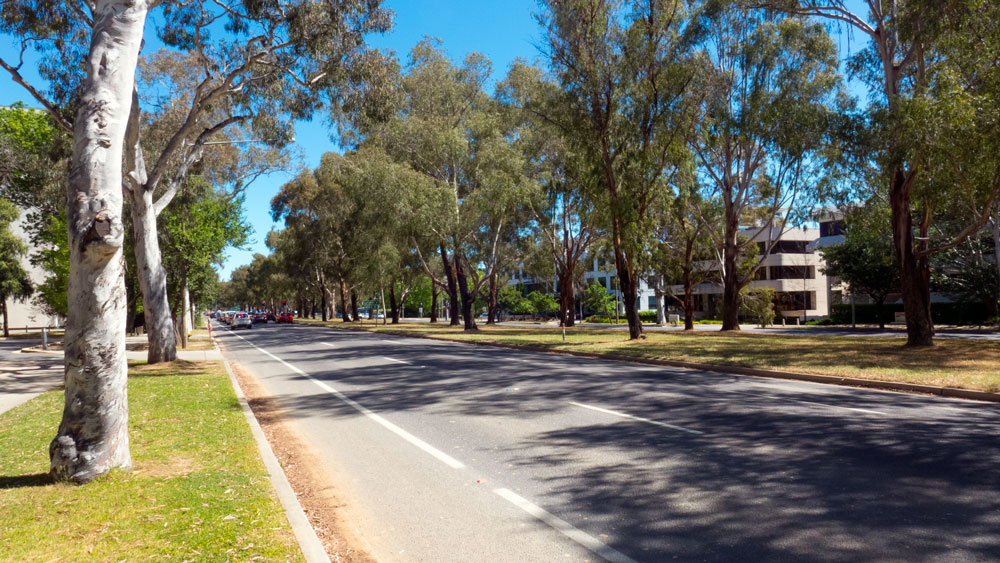 Do not allow the engineers, roads people, architects and their developer mates to dominate the design of this vital piece of green infrastructure.

Consider the future of the whole inner northern suburbs and how this infrastructure will not only be a world-class entrance to a city but also key to the climate change adaptation measures now urgently required across the urban areas of inner northern Canberra.