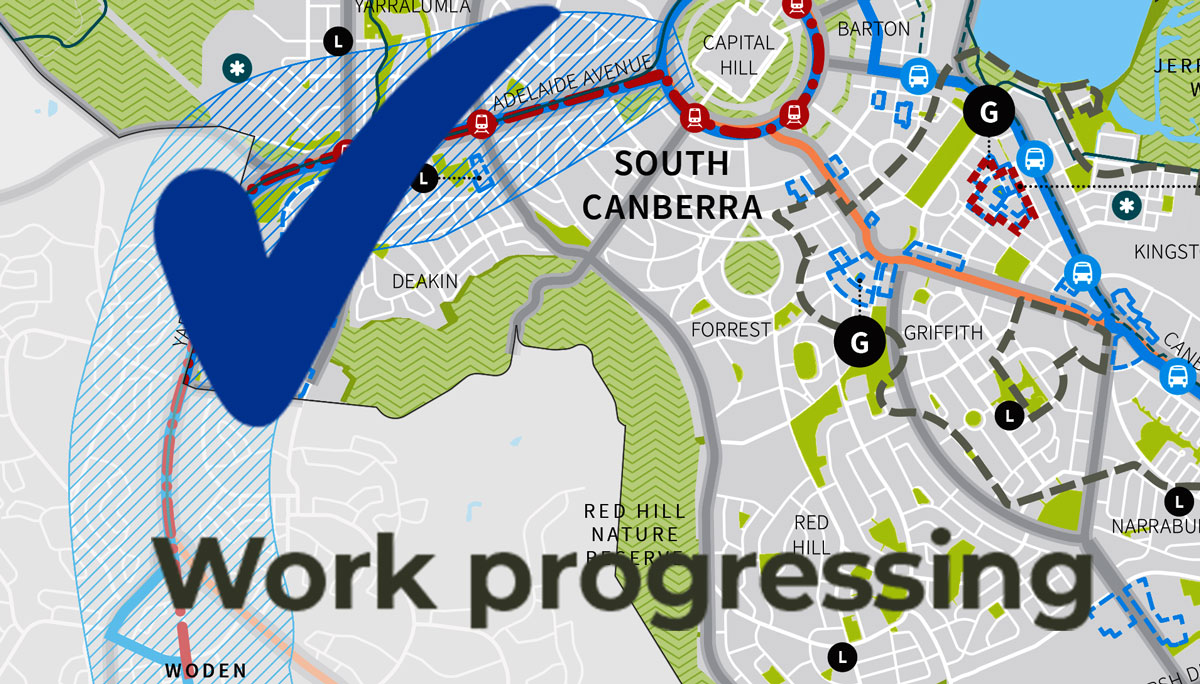 Throughout history, the growth in government propaganda is linked to increasing authoritarianism. The more they lie, the more they concoct alternative facts to justify dubious actions and to distract from real intentions.

While this is happening big time nationally, it has been increasingly happening within the ACT Labor/Greens government over the last decade.

Being respectful of others is rarely a performance criterion used by this coalition government. They operate as if it is painful to have to deal with residents who, for mysterious reasons, insist that this government should be maintaining and increasing liveable urban environments and biodiverse-rich habits.

This ACT government’s handling of planning and development is well accepted as being not about the residents. The government pays far more attention to favoured lobbyists, a cohort of developers friendly to individuals within the government.

One of the most obvious examples of this government’s bad behaviour is its handling of the introduction of the tram.

The provocative nature of the debates about the tram allowed the government to use propaganda to condemn those opposed to the tram as being old timers opposed to modern public-transport initiatives.

These noisy debates, especially the previous screaming campaigns by the ACT Liberals, while raising what may have been legitimate matters about the financing and relevance of the tram as a form of 21st century transport, kept the focus away from the reality of what this issue has been about.

This applies today with the roll out of the Commonwealth Avenue tram and, eventually, the tram to Woden.

Building this tram network will have some benefits as a public transport system. But the prime purpose for the introduction of trams is about providing infrastructure to assist with developments alongside the tram routes.

The tram is a public-financed benefit for the city’s developers.

Thank you, ACT Greens, for the idea.

The Gungahlin-Civic tram was heralded by the ACT Greens as a win for public transport. The naivety of this once-credible political group is stunning. It may have been a good idea to start with, but the Barr developer-friendly politicians and bureaucrats seized the opportunity to use the tram routes as development bonanzas.

The developments that happen alongside the tram going south will upturn the lives of many owner-occupiers (developers speak for residents).

What’s a few discomforts for silly people living in their homes when the developer lobby, assisted by this ACT government, can use these established and liveable suburbs for development opportunities.

It is a simple logic that the tram going south is unnecessary. There is already an efficient express bus system – and with some road improvements, this could be changed over to electric buses and be even more efficient; the Woden community has been desperately seeking improvements to the cycleways into Civic, and not have to divert to the lakeside to avoid being dangerously close to speeding traffic (often doing 80km/h plus); the greenery along Adelaide Avenue and Yarra Glen is part of Canberra’s ambience and heritage that makes this city wonderful. These should be kept, not bulldozed to throw profits to developers.

The tram going south, as with the Commonwealth Avenue tram, has become an unstoppable fundamentalist ideology of the ACT Labor/Green politicians.

They know it is about development of the foreshores (West Basin) and then mass suburban developments along the corridor on any lands that can be seized and handed over for developer investment (profits guaranteed).

They “consult” when necessary, but do so as little as possible. They sideline any logical evidence-based arguments. The notion that planning decisions need to involve the affected residents is laughable to this cohort of authoritarian politicians.

This lot have become accustomed to having their way despite polite and passionate opposition from residents. Sadly, the ACT Liberals are yet to function as a viable alternative government.

To those who care for the city and to those who live along the corridor for the tram going south, keep focused on what the government is already spending huge bucks on.

Engineers, planners and consultants are laying the groundwork for the transformation that is almost guaranteed to happen to the inner-south greenery, open spaces and suburbs.

The clock is very quietly ticking on this.