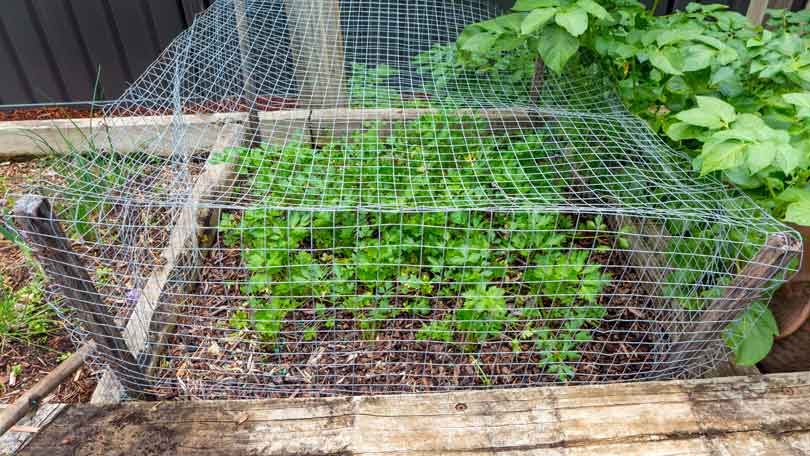 This story starts with standing outside the Museum of Sydney taking in an outdoor display of a cottage garden – complete with vegetables and herbs.

As I was trying to work out why this garden was there, a couple walked up and the woman said – “obviously they do not have possums around here.”

I asked – you wouldn’t be from Canberra would you? And yes – they were and yes they had largely given up on home gardening due to the number of possums in their neighbourhood.

This post is dedicated to all the home gardeners in Canberra who are doing battle to protect their vegetables, flowers and herbs from the onslaught of possums that will– if allowed– eat their way rapidly through a crop that happens to suit their particular tastes.

There seems to be no one menu for possums. They pick and choose – and once they do– whatever they set on is rapidly munched away.

In memory of my mother’s garden, last year I set out to establish an array of geraniums. HA! Soon several were reduced to bare storks. Those that survived were having to be covered at night. Not much fun in that. I have given up on any geranium collection. 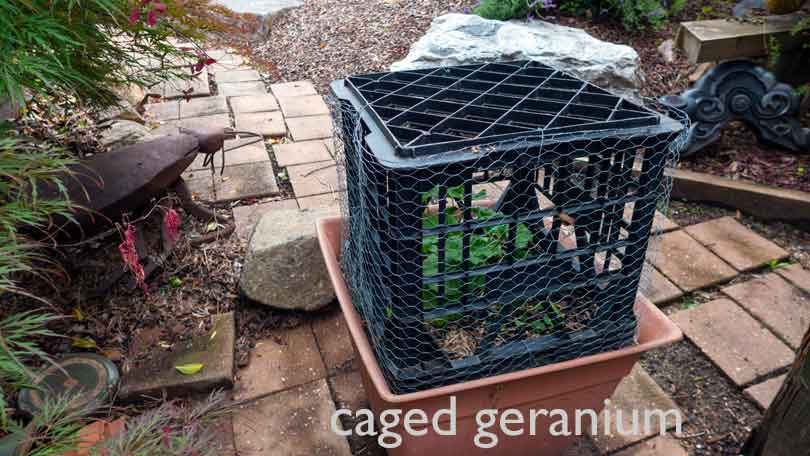 Meanwhile a friend just a couple of streets away – her geraniums go completely untouched.

As for vegetables – I use to grow tomatoes and strawberries – not any more. As the tomatoes ripened, those that the birds did not sample – the possums chewed into over night.

Then there is the sad case of Italian Parsley. The same friend as mentioned above made the mistake of buying several pots of parsley and as it was raining – she left them out over night for a good watering. In the morning she was confronted with pots of stalks. The possums did not even leave a note of thanks.

I have had similar experiences and now grow Italian Parsley under a set of cages. But even then as the parsley grows tall, any leaves that make it to the edges or the top do not last long.

As for lettuce and other greens such as the wonderful English Spinach, I think the word goes out immediately that they arrived here in pots and all the neighbourhood possums then descend overnight for a feast. Yes I did plant some once, it took two days and they were gone.

Given the possum plague in this neighbourhood, I have now cut back to a limited number of vegetables – and a number of cages. Last week I bought and put together a miniature glass-house to propagate special parsleys and some coriander (something the possums seem to crave after). 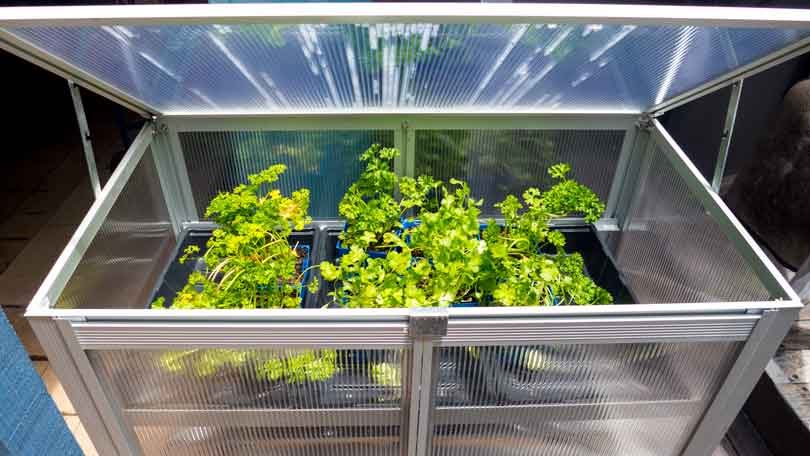 Neighbours have commented on similar problems but we all think they descend on our house more than theirs as most have dogs and we do not. That may also explain why we have the pleasure of the occasional stampedes across the roof at night – ours being a place with no challenging canines to ward them off.

We have seen a fox in this street, but maybe Reynard is not fast enough to catch the marauding possie of possums.

The plague of possums does remind of us of their presence in other ways. I now cover our verandah tables at night – in order to reduce the constant deposits of piss and crap left by possums having a night out on our tables.

Then there was the case of a real estate agent talking at an auction across the street when he thought it had begun to rain. No such good fortune. He looked up and there was a possum in full daylight letting the unfortunate agent have a shower of urine.

I am reminded of the Chief Minister’s household complaining in the press about how their vegetables and shrubbery was under attack from their own possum plague. I wonder if they ever solved that problem.

My sympathies go out to others who choose to do the honourable thing by avoiding buying everything from the supermarkets and grow home vegies and maybe flowers. The bad news is that those creatures that pretend to be so friendly (and have so many allies) will be talking among themselves about their coming feasts as soon as your first plant enters the soil.

We put in the efforts to have more greenery, to grow more at home and to have a fantastic ambience of an urban forest. Unfortunately that has meant a proportional growth in the number of animals that live alongside us.

The parrots and other birds I love and encourage. As for the plague of possums? I suggest no-one knows how to solve this question?

I think I have heard all the suggestions possible. And I know this is not unique to my street, my suburb or to just Canberra.

I have no idea how to solve this problem – I would really like to grow geraniums again and would like to extend the range of vegetables and herbs – and not have to put so much under a cage or nets at nighttime.