The North Canberra Greenway and Artwalk.

This is a proposal to enhance some present green infrastructure within inner north Canberra. 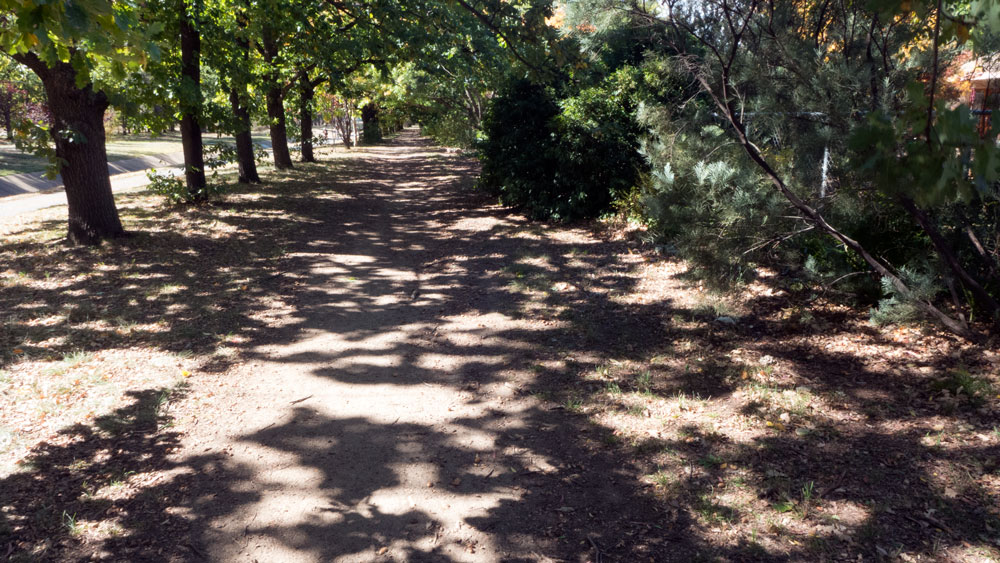 The North Canberra Greenway could be formed by linking and then enhancing the present green infrastructure elements throughout inner north Canberra.

The proposed Greenway commences near Hackett by the Dickson College, thus making the link back the west side of Mount Ainslie; it travels down beside the present drain and bike path to the Dickson Wetlands, passes by the Dickson commercial centre, then across Northbourne to the Lyneham Wetlands, then towards the ANU though O’Conner but turns left in Turner into Haig Park, (a new pathway to be placed through Haig Park), back across Northbourne into Braddon, and onto Limestone Ave.

At this section, the walkway would use enhanced footpaths through Ainslie to the base of Mount Ainslie and then north across the side of the mountain to Hackett and finally completes the full circle near Dickson College.

The Greenway would be enhanced over time with specialist placement of site specific landscape art pieces. The walk could be accessed from many points within the inner suburbs. Such a long stretch of a walkway would be the catalyst for healthy exercise as visitors roam along this greenway.

With heavier usage, the walkway would be perceived as safe given the concept of safety in numbers.

The walkway would include fingers that lead to and from the various suburbs. Over time this would involve the enhancements of connecting streets to encourage people to walk from any of the suburbs onto the Greenway. Walkers would be able to join at any point and to leave at any other point, or complete a full circle, or stop and return to the original entry point.

The first step: That a major master plan be undertaken to identify present relevant assets; the requirements for forming the North Canberra Greenway and Artwalk (looking for a better name); identify future developments along the Greenway that could be adjusted to make a better fit with the walkway as it is developed.

In the short-term the costs are for the master plan. This plan would then influence the linking over time and guide substantial changes and additional new assets required.

One major change to be predicted would be the upgrading of sections of the concrete drain; however this major work should not hinder the redevelopments to link up and form the walking sections of the greenway.

The master plan would be the foundation of the whole greenway being upgraded to make it more pedestrian friendly with walking pathways (not shared with bicycles), with permanent site-specific artworks, seating (some of us need to take breaks), picnic areas, children play areas, and improvements to the trees and shrubbery. The new pathways must separate meandering and wandering pedestrians from faster moving cyclists.

The Inner North Canberra Greenway is mostly in place now, but requires major enhancements and major upgrading to become an engaging attraction on the growing list of Canberra’s outdoor assets.

This is an initial concept brief that can be expanded if required.