The widespread corruption within planning agencies 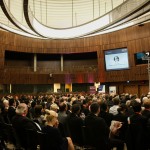 Over many years I have been observed the annual round of numerous industry events. This includes award dinners as well as seminars and conferences. Besides all the usual suspects that attend such functions, there are invitations to a cohort of government departmental officers and/or key personnel from planning and development agencies. These invitations are usually in the form of complimentary tickets. 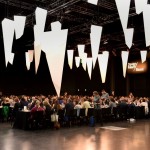 What always amazes me is the levels of naivety amongst people involved when it comes to the potential conflicts of interest that arise from these close relationships that are maintained with planning and development agencies by such bodies. Equally the government agencies involved must be aware that any complimentary ticket must come with some form of condition attached. Dare I say the obvious? There’s no such thing as a free lunch.

Industry and professional bodies that deals with government planning and development agencies or departments are always on the lookout for the means to get those bureaucratic doors to open in their favour. This requires a form of relationship whereby each partner to the relationship remains comfortable with and on good terms with the other. The social occasions offered by industry awards dinners, seminars and conferences are now a well-established mechanisms for keeping such relationships alive. 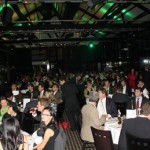 But at what price? For the government agency, particularly planning, transport, infrastructure and development agencies, they invest the time, the resources and on occasions sponsorships, in order to gain positive relationships with the relevant industry and professional groups. Historically this has translated to implied agreements that the industry and professional bodies do not undertake make any negative public comments about the decisions taken by the agency.

Most of these professional groups have stated policies relating to the environment and social equity. Yet when faced with bad decisions by their friends in these agencies, it would be rare for a professional group to make a negative public statement implicating the agency involved. Through the process of these close relationships and sponsorships, the government agency throughout Australia have bought the silence of the professions on the crucial matters of planning and development and in some cases on decisions relating to roads, transport and infrastructure.

From the industry’s point of view, they look to the relationship delivering projects that favour their members. In many cases such projects or development applications may be against the well documented aspirations of local communities. These same communities have the lingering illusion that the government planning agencies work on behalf of the communities. History has demonstrated time and time again that these agencies work to keep their friends happy, the industry lobbyists and professional associations, at the expense of those pesky residents who keep challenging the directions being taken by the planning agencies.

Right across Australia, agency chiefs maintain a good relationship with the professional bodies and industry groups. They meet with them often both formally and at social functions. All this makes it far more difficult to be not delivering according to the industry needs. Who wants to be constantly fronting up to functions where the industry is constantly being disappointed with your decisions and policies?

As for the locals who actually elect the governments, they remain distant and are unknown, so it is much easy to make decisions that do not match the residents’ aspirations. If you do not put the time in to talk with them often, to engage with them, then it is easy to disappoint them.

In New South Wales, it is now illegal for property developers to donate to the political parties. However the time has come to look again at the relationships between government agencies and their related industry and professional bodies. These agencies are meant to be objective and to make decisions on behalf of the elected government who in turn are elected by the community. At the moment planning and development agencies are too close to the industry lobbyists.

To maintain objective position on policy and implementation, such government agencies should be banned from attendance at professional and industry functions. If the agency wishes to make contact to explain policy changes, then the agency involved needs to run their own information session. Any form of freebies, being complimentary tickets to functions, should be banned.

I realise that all this would be rejected by planning authorities, as they would see such relationships as being part of their job. The business-as-usual culture of the planning agencies will be very difficult to change. But it needs to be addressed if planning and development in Australia is ever to become based on something visionary and focussed on the longer term community, social and environmental issues.

This whole topic has been addressed several times this year in online articles. Here’s a more recent one from The Guardian that addressing the wider topic of political corruption through political donations. The cases the author talks about are connected to the historical moral corruption that is ever-present and maintained through the relationships addressed above. Click here.

The more obvious political corruption is alive and well in several jurisdictions across Australia. The latest manifestation is, unfortunately, happening in Queensland. This is the state with a very horrible history of dramatic consequences that followed years of political corruption under the now infamous premier, Joh Bjelke Petersen. The present premier seems to be doing all he can to repeat history. click here.