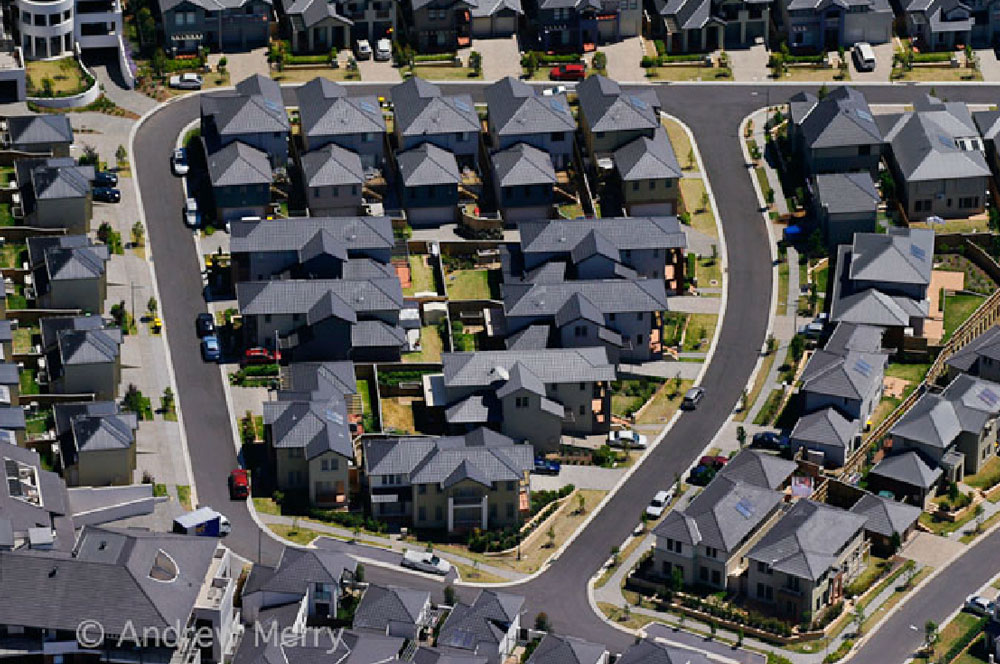 This series was on exhibition in Sydney in 2010 and has been acclaimed nationally. The photographs speak for themselves. This society continues to produce housing settlements like this. Have the planning authorities stopped and thought of the potential dangers to health from the heat island effects as the climate changes. Things are not going to get better.