How Canberra’s greenery is being trashed 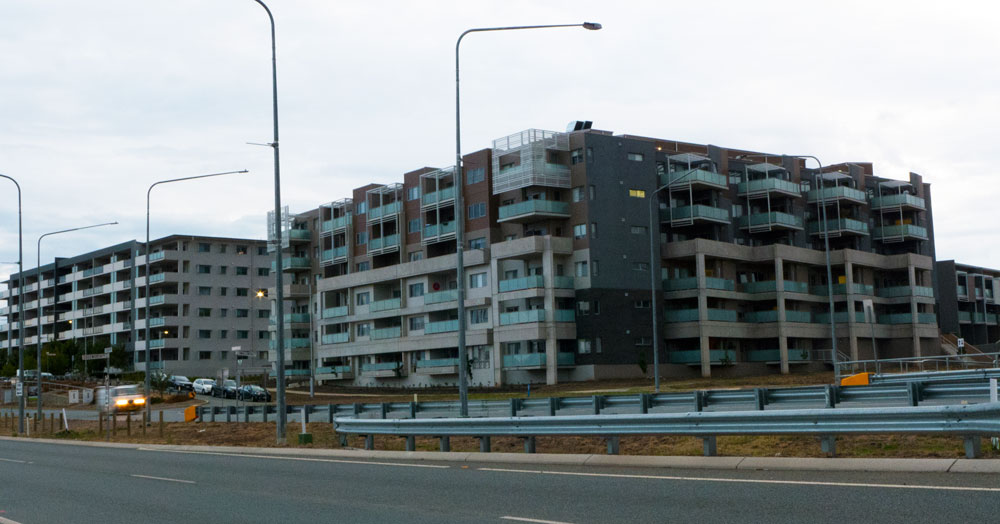 At the February public forum staged by the Inner South Canberra Community Council (ISCCC), the answers to particular questions indicated how much the ACT’s Greens/Labor government values the city’s tree canopy, its biodiversity and its green infrastructure.

Those answers were not good. But that was not the only problem on the night. Sometimes the important questions were not asked or were asked of the wrong person.

The headline acts were presentations by the Planning Directorate and by Shane Rattenbury MLA on the proposed new rules for green spaces/trees in residual zones.

The other was about the light rail going south. On the latter, not much was learnt that was not already available online. But it was good that the head of Major Projects took the time to update people.

Later in this presentation people asked why trackless trams are not being used. The problem with asking this head bureaucrat such a question was that he is charged with delivering what the government has already decided – being the light rail system.

It is not up to him to change the mode of transport.

A key politician, Shane Rattenbury, who decides these things was in the room but was not asked to comment on this. Missed opportunity!

The main event was about suburban greenery. The bureaucratic presentation was well received and the discussion friendly. However, the style of presentation made it obvious that the chief planner does not offer training for his senior bureaucrats on delivering effective presentations. This one involved reading loads of details from the planning document that could be easily accessed online.

It was not about making key points about what was being achieved and, more importantly, if the government was going to back up the new rules with enforcement.

The issue of trust was highlighted by a question from the ISCCC chair, Marea Fatseas. She asked: “At a 2011 Legislative Assembly gathering, we were informed by the ACT Greens about how fabulous and sustainable the outcomes were going to be for the suburbs of Molonglo. What happened?”

Marea’s question was deflected with a story that in 2019 Caroline Le Couteur highlighted the Molonglo planning issues and established an Assembly committee to examine this.

The answer was that it was up to Caroline, not Shane, and somehow the Greens were not responsible even though they have been in government for the decade while these inappropriate developments happened. The best that was offered was another committee.

Others asked: “How do we trust what is being said tonight given that there are rules in place now but so many of these are ignored and the Planning Directorate constantly makes variations to suit developers?” The other side of the question was about enforcement. Residents highlighted this government has a terrible record of enforcing its own planning rules.

This, together with the constant planning variations, means business as usual and more terrible developments. Is anything really going to change?

When questioned about how Canberra’s urban forest is shrinking due to lack of care and bad planning, the explanations offered were higher temperatures and changes to climate.

No responsibility was taken for the lack of forward planning to deal with this continuing loss of greenery.

The presentations seemed to be saying – even though we continue to have a terrible record on keeping the city green, trust us – we will make Canberra green again (maybe).

There was also the lost opportunity to gain insights into how the ACT Liberals would treat the issues of greenery and biodiversity in suburban development. Sitting Liberal MLAs were present, but no-one asked them anything.

Will we ever find out what the ACT Liberals stand for and if they would do things differently to the Labor/Greens coalition?

Trust in this Labor/Greens government remains low. More residents need to attend these important forums, especially as it is an election year for the ACT. Speak up now or else we are destined for more of the same.